Would you visit Romania

Romania: The imported virus in the Roma district of Strachina

The recordings of the official police cameramen flicker in an endless loop across the Romanians' TV screens: Dozens of interior ministry cars are on their way to the town of Țăndărei in the south-west of the EU country. The vehicles in the column flash and honk as if it wasn't obvious that they were there on an important mission. You drive to the Roma district of Strachina, one of the poorest in all of Romania, which is known in Western Europe as the stronghold of so-called poverty migration. In Germany, migrants from Țăndărei were targeted by the authorities when they illegally lived in overcrowded high-rise buildings in former working-class neighborhoods in the Ruhr area. Țăndărei is also notorious in Great Britain: residents of this Romanian town were the protagonists of spectacular arrests that led to the breaking up of a ring of child traffickers. Exactly 10 years ago, on April 8, 2010, more than 300 masked Romanian and British security forces landed in helicopters in the Roma district of Strachina. The extensive investigations in the country of origin of these gangs, who brought children to Great Britain and forced them to beg and steal, ended, however, with an embarrassing failure of the Romanian judiciary: after years of trial delay, all of the accused were acquitted. The deeds were statute-barred. 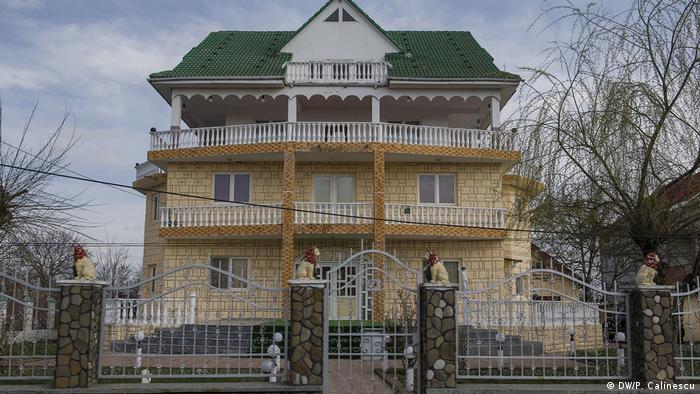 In this context, the additional measures to contain the coronavirus epidemic in the village of Țăndărei, which was completely quarantined last weekend, also seem like a good opportunity for the state to flex its muscles.

When the virus fear goes viral on the internet

According to the deputy mayor Lucian Achimaș, quoted by the Romanian online platform Recorder, up to 5,000 people - almost half of the approximately 13,000 inhabitants of Țăndărei - have returned from abroad in the past few weeks. Other sources close to the administration of Ialomiţa County (to which the place belongs) give a smaller number - around 800. The county administration reported at least 56 coronavirus infections and four deaths in Țăndărei related to the corona epidemic.

The quarantine was imposed after many Romanian Internet users were outraged by a video of a funeral. The recordings come from a neighboring town. But the Roma families seen in the video are related to those from the Strachina district in inăndărei, explains a young human rights activist who is close to the Roma communities in both places. At the epidemiological level, the situation had been spiraling out of control for a week due to the high numbers of infections, but authorities only reacted after undated video footage online went viral, followed by furious comments. 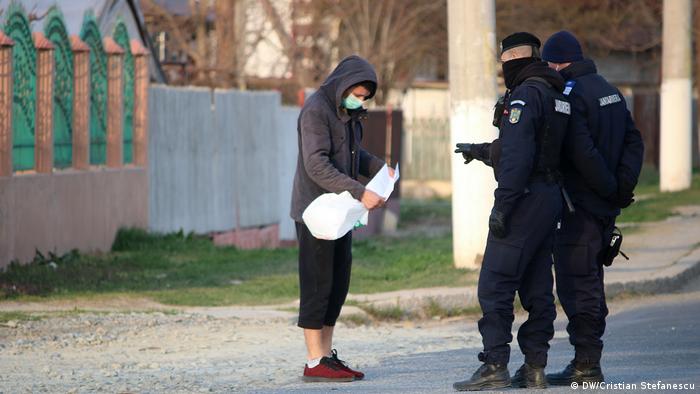 The first corona death occurred in the small town as early as March 26th. "A lot of people have just returned from Italy, Spain, Germany and Great Britain," said the Roma activist in an interview with DW. Because he is often hostile, he does not want his name to be mentioned in this article. "Many infected people who had no corona symptoms came from the 'red zones' and had a lot of direct contacts, especially since they were scattered all over Europe and had not seen each other for a long time. That's how it all started." The truth is somewhere in the middle, says the activist: "The people did not comply with the self-isolation and quarantine, but the authorities did not adequately look after and monitor them either. So the situation worsened and at least seven people died, including at least one man who had not previously been abroad. That means there was also a local transmission. "

Last Friday, under the pressure of the television images and the abuse on Facebook, the mayor of the town called for the help of the army in Țăndărei. Now uniformed soldiers are part of the street scene, they should ensure that the residents adhere to the quarantine rules.

Whoever has the say distributes the votes

The deployment of the security forces was almost as spectacular as it was ten years ago. They didn't come by helicopter, but the atmosphere was just as threatening. The report by representatives of the Romanian Ministry of the Interior mentions, among other things, that illegal weapons have been confiscated. Eyewitnesses say they are AK-47 machine guns of the same type as those confiscated by the police in Țăndărei ten years ago. At the end of the process, they were returned to the owners - because it ended with the acquittal. 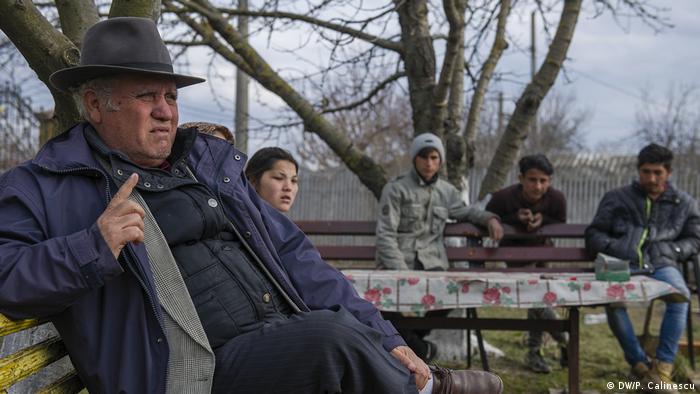 Petre Traian Drăgușin, one of the informal leaders of the Roma community in Strachina

A year ago, Petre Traian Drăgușin, a close companion of Radu Constantin, the informal leader of the local Roma community in Strachina, claimed that anyone who owned the weapons that had been confiscated at the time had legal documents. In that conversation with DW and the British newspaper The Telegraph, he also announced that each of the defendants would appeal against the Romanian state over the nine-year trial.

In discussions with DW, several NGOs took the view that these informal local leaders from Strachina were complicit in the difficult situation of the Roma community on the ground.

For example, an EU-funded education project was not implemented because the team that was responsible for it had been chased away with wild threats. The local administration has also benefited from the influence of the leaders of the Roma community - through many votes in local elections, Petre Traian Drăgușin admitted last year.

After the village was quarantined, information about attacks by the security forces circulated the next day. "Maybe there was an isolated case," says the Roma activist with whom DW spoke. One does not know more. A health officer for the Roma community in Strachina had a similar opinion.

Many hateful comments on social media reflect the prejudices against Roma, which are still widespread in Romania and all of Southeast Europe: The so-called "Gypsies" are dirty and uncivilized, no wonder that Țăndărei is a Corona hotspot.

"This is not about an ethnic problem, but about the failure of state authorities," Gelu Duminică told DW. He is one of the most famous sociologists in Romania and belongs to the Roma minority himself, where he is also highly regarded. Representatives of the authorities were corrupt and had made common cause with criminals from Țăndărei, says the sociologist. In addition, the state abandoned the people of Strachina 30 years ago when the school was closed. Gelu Duminică points out that people without schooling and without opportunities in the legal job market, who see how others who were just as poor in the past become rich through criminal machinations, would also be more likely to rely on this "model of success".

The calm that has returned to Țăndărei after the first few days of quarantine is still there. Also in the Strachina district. Nobody knows today what will happen after the Corona crisis.