What do people have against Fortnite

Fortnite: why are popular games hated by so many?

Fortnite here, Fortnite there. Hardly any game is currently as present in the media as the Battle Royale offshoot of Epic Games. Even this article is further evidence of that. But what are the reasons that such a popular game still generates so much hatred? 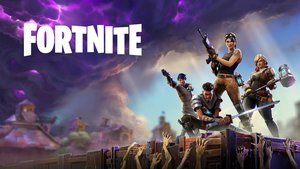 Before I go into Fortnite explicitly, however, I would like to dwell on other phenomena in recent video game history. Most of the current Fortnite players will probably no longer be able to remember the hype surrounding this game.

We're talking about World of Warcraftwhich was released back in 2004. At its best, Blizzard's online role-playing game could be over 12 million paying subscribers record. That was the case in 2010, but WoW experienced a strong downward trend in the following years. Five years later, the number of players had more than halved.

How it all started

Compared to today, these numbers seem unimpressive. The historical context is the crucial point. The internet as you know it today was still in its infancy back then. At the time WoW was released, YouTube had only just been founded and platforms like Twitch were still a long way off.

As for the other gaming platforms, the PlayStation Network was first introduced in 2006 together with the PlayStation 3. In terms of functionality, of course, it's not nearly as sophisticated as you know it today. The same applies to the Xbox 360, which was also presented a year earlier with the online service Xbox Live. Not to mention mobile gaming as a gaming platform to be taken seriously.

The falling number of players can probably not only be traced back to changes within WoW.

"My game is better!"

What history now shows is that there have been cases like this across every genre. In other words, games that quickly became very popular and thus developed into a real phenomenon. That was for example in the area of ​​MOBAs League of Legends. When the game was released in late 2009, no one expected it to go through such rapid development. Riot Games last commented on player numbers in 2016. They proudly announced to the public that they were over 100 million players had brought. Compared to the 12 million WoW, these are completely different dimensions.

At this point it was really noticeable for me for the first time that, despite its great popularity, there were also very loud voices who expressed negative comments about the game. In the case of LoL, this was probably due to the fact that it was also the direct competitor of another game at the time: Dota 2. If there is such a fundamental rivalry, it is all the more easily transferred to the players themselves. True to the motto: “No. , my game is better! "

League of Legends: This is what the 2017 World Cup final looked like

The era of battle royale games

The fact that a company has stopped posting player numbers for a long time often doesn't mean a good thing. It is usually an indicator that growth has either stagnated or the number of players has even decreased. Even if I am strongly convinced that League of Legends is currently far from dying out, I can certainly imagine that players are now looking for alternatives. Nothing lasts forever.

For many, this alternative is currently called Battle Royale. PlayerUnknown's Battlegrounds did it. You let 100 players compete against each other on an ever smaller map and the successful game is done. It's not that simple, of course, but the numbers speak for themselves. PUBG has meanwhile been over on Steam Sold 50 million times. It also holds the record with the most simultaneous players. With 3.2 million It also ends up well ahead of CS: GO and Dota 2.