Why do people buy carbon credits

Forest protection on the trading floor

In 2007 the international community announced a bold plan to help conserve the planet's tropical forests. The principle: people in rural regions should be able to live from their forests in the long term and thus be made protectors and preservers of their own land. It is the basis of the REDD + mechanism ("Reduction of emissions from deforestation and forest degradation"). The idea was to use a market for emission certificates to support developing countries in protecting natural resources and preserving biological diversity. REDD + appeared to be a breakthrough for rural communities around the world, which until now had been threatened more and more under the wheels in a globalized economy.

Earn money so as not to cut trees. That was the deal - and the Afro-Colombian community in the Choco Darien region of Colombia accepted it. 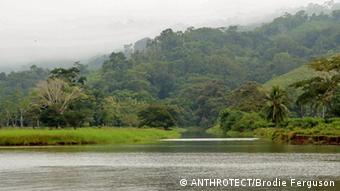 The dense canopy of leaves in the rainforest in the Choco Darien region has often proven itself: even for people who flee to the damp forest to hide.

At the side of the residents is the Californian company Anthrotect of the two social entrepreneurs Brodie Ferguson and Emily Roynestad. Your REDD + project, which covers more than 13 thousand hectares - the COCOMASUR protection corridor - was one of the first in the world in 2010 to enable the sale of carbon credits from a community-owned forest.

REDD + aims to compensate for injustice

The industrialized countries are responsible for most of the use of fossil fuels. But everyone is left with the real costs for the environment. According to Ferguson, REDD + is a way to redress this injustice. "Either way, the world has to move in a direction where the prices we pay reflect the real cost to the planet and people," he says. And so the project has two goals: to avoid deforestation and to create a better livelihood for the people in the Choco region. 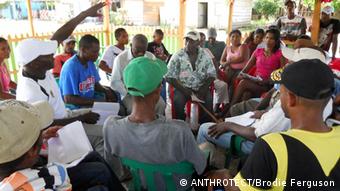 In 2005, the COCOMASUR community received their own property titles for their land. However, this also means that a consensus can only be used to decide how to deal with forest resources.

Ferguson originally worked as an anthropologist in the area, then became an active advocate. He is particularly committed to the people behind COCOMASUR, an association of Afro-Colombian families who officially received title to their land from the Colombian government in 2005. In their home in the northwest of the country there is a lot of untouched wilderness.

Most of the residents are small farmers who live in the tropical lowlands. The aim was to prevent the region from falling victim to the rampant extraction of raw materials in the surrounding regions. Livestock raising and logging had initially stalled during the long years of battle between the government, paramilitaries and the FARC rebels. The left-wing guerrilla army occupied parts of the country and millions of people had to leave their traditional homeland.

And the natural resources of the Choco region remained intact - no one in their right mind hit upon the idea of ​​staying in a rainforest that was controlled by armed men. 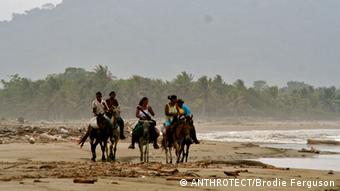 Horses are one of the few modes of transport in Colombia's Choco Darien region.

For some years now, the parties have been negotiating an end to the violence, and relative calm has set in. Valuable areas such as the forest areas in the lowlands are therefore more interesting again: cattle breeders and others want to use them illegally as pasture or for logging and are not afraid to threaten the people who live there with violence. Those who are threatened in this way are actors who have never had a great interest in preserving the rainforest or showing consideration for the rights of the Afro-Colombian community.

Business with emission allowances is difficult

But like many inexperienced company founders, the initiators of the project only learned over time how big the challenges really are - especially when it came to the sale of emission certificates. "We thought we'd just call a finance broker and sell seven tons for seven dollars each," says Ferguson.

In 2009 everything looked very promising. The UN climate summit in Copenhagen sent the clear message that the development of a worldwide voluntary emissions trade is almost imminent. The basis for such a market seemed to have been created, in particular through the promises made by the USA and Norway to finance REDD + projects.

But progress has been frustratingly slow, complains Ferguson. Selling voluntary carbon credits was anything but easy. Instead of calling the broker, each transaction should have been discussed through tedious negotiations with individual customers. It takes three to six months for a deal to be dry. "The emission certificates that are traded in this market often depend very much on where the company is based and what it produces - that is not sustainable in the long term," he says.

Slow success in the emissions market

Since January 2013, Anthrotect has been able to sell emission credits for 80,000 tons of CO2, among others to a Colombian bank, NGOs and companies in the USA and Europe. The project has so far saved 215,000 trees from being cut down and, more importantly, created jobs as forest rangers for the residents. By the end of its 30-year term, the project is expected to save 2.8 million tons of carbon dioxide that would otherwise be released by the loss of the forest.

The project sells the carbon credits for around eight to nine dollars per ton on the voluntary carbon market. That is a little more than on the mandatory, so-called compliance market of the European Union, which is tense.

No buyer for certificates from REDD +

Both systems are attempts to reduce CO2 emissions on a global basis. In the voluntary market that the REDD + projects feed, this is done by avoiding deforestation. The mandatory compliance market aims to directly limit emissions from power plants and other energy-intensive companies - and thus from the countries in which they work. These limits are binding for all market participants because they are offset against the CO2 reductions to which their countries have committed themselves in the Kyoto Protocol. But the global financial crisis has caused the prices of emissions certificates to drop rapidly - a trend that has not remained unaffected by other markets such as the voluntary emissions market. 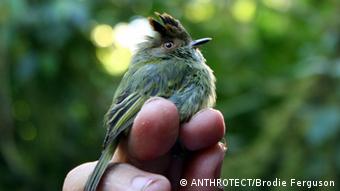 Colombia's rainforest is home to an immense diversity of species, such as birds that do not live anywhere else in the world.

In fact, the financial prospects for REDD + projects are rather bleak: According to the "Forest Trends State of the Voluntary Markets Report 2014", the average price for an emissions certificate fell by one to five US dollars compared to the previous year. The value of the entire market collapsed between 2012 and 2013 by more than a quarter to around 380 million US dollars. The potential revenues for climate protection projects like those of Anthrotect are also falling. "As long as the market does not trade certificates from REDD + projects on a large scale, the future of the projects is uncertain," said Christopher Hakes, a spokesman for Offsetters, a major Canadian emissions trading consultancy.

Despite the downturn, REDD + projects have some allies: Companies and authorities are looking for ways to get involved in climate protection (and look good doing it). They finance regional REDD + projects, including an agreement between the German development bank KfW and the Brazilian state of Acre. For a total of up to 19 million euros, projects are to be implemented in the state to stop deforestation and combat poverty.

However, individual initiatives like these are hardly enough to reverse the general trend. Like many other REDD + initiatives, Anthrotect generates more emission credits from the COCOMASUR project than are in demand on the market. But Ferguson is not giving up: "I'm confident that sales will be better. And I'm also confident that it can't actually get much worse than it is now."