What is Colorado known for?

Attractions in Colorado: These 7 places you must visit

Colorado leaves you speechless. Crossed by the mighty mountain ranges of the Rocky Mountains, blessed with natural wonders such as the Garden of the Gods, the highest state in the USA offers a whole host of highlights.

Rushing rivers, impressive canyons, a rich cultural heritage that goes back to the time of the gold diggers and America's highest road will be remembered. In this article, I'll introduce you to seven must-see places in Colorado.

Denver, the capital of Colorado, is surrounded by the gigantic peaks of the Rocky Mountains. It is 1,600 meters above sea level, which is exactly one mile. Denver is therefore affectionately referred to as the Mile High City.

The center of Denver is Lower Downtown, simply called LoDo by the locals. Here you will find the lively 16th Street Mall, which is both a pedestrian zone and the main shopping street with countless souvenir and junk shops, cafes, pubs and restaurants.

The Victorian buildings that hide between the modern skyscrapers are worth seeing. They are the remains of the time Denver was a gold digger's paradise.

Extra tip: There is a free shuttle bus on 16th Mall Street that runs up and down regularly and stops at every intersection. You can get on and off at any time. 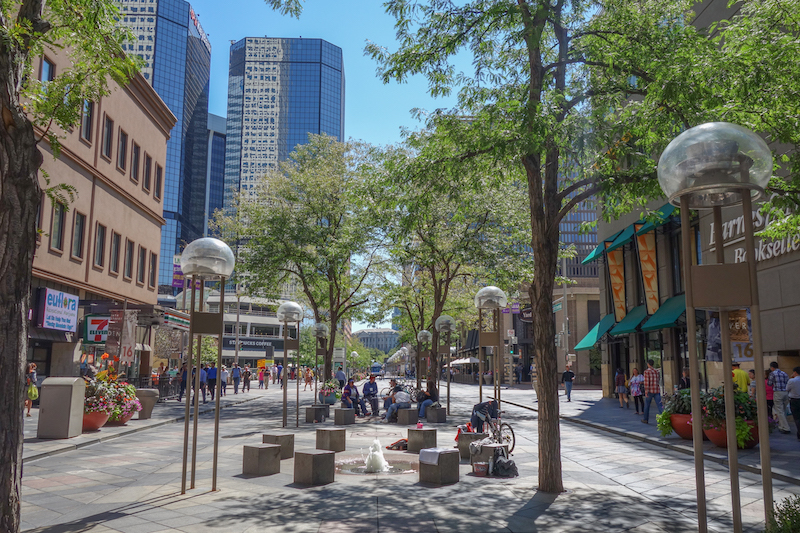 In summer there are brightly painted pianos everywhere in LoDo, on which passers-by jingle to their hearts' content, some better, others worse. It is often worth stopping for a while and listening to the music.

Just a short walk from LoDo, you will find Denver's bohemian district with a high concentration of museums and galleries, such as the Denver Art Museum, which is housed in a state-of-the-art glass building. The huge Denver library and the Black American West Museum, which takes you into the history of the colored cowboys, are also worth a visit. 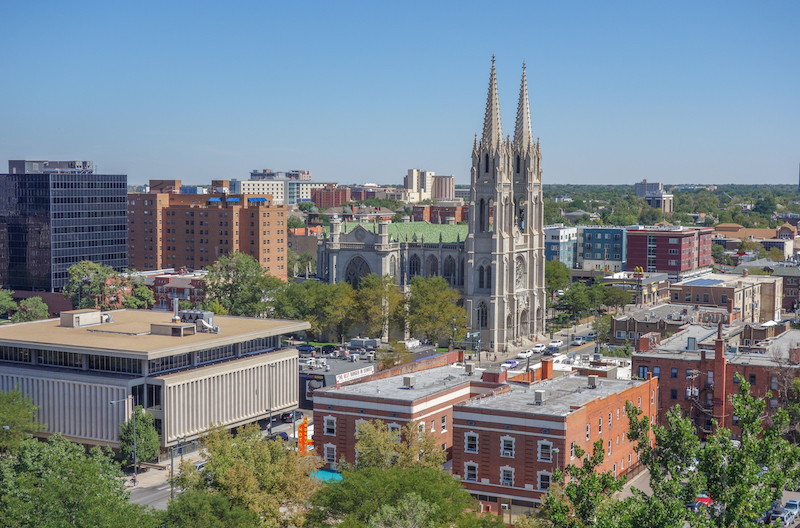 What you definitely shouldn't miss in Denver is the Colorado State Capitol, whose gold-leaf dome can be seen from afar. It is supposed to be a reminder of the former Colorado gold rush.

On the steps leading to the State Capitol entrance, you'll find a marker at the point exactly one mile above sea level. Through the pompous entrance hall you get into the interior of the building and can admire the gallery of the American presidents, which extends over all floors.

Extra tip: Take part in a free guided tour, because this is the only way to get into the dome of the Capitol. From here you have the best view of Denver, the foothills of the Rocky Mountains and the gleaming white City and County Building on the opposite side. 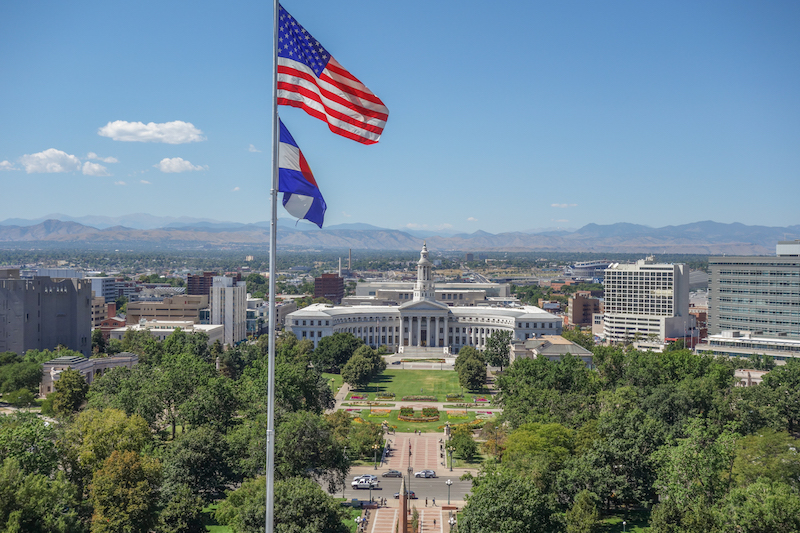 For 77 kilometers, the serpentine road winds up to Mount Evans at an altitude of 3,713 meters. Past lush mountain valleys and a barren tundra landscape, the Trail Ridge Road overcomes a huge difference in altitude and offers again and again spectacular views above the tree line.

In my article "On America's highest road through the Rocky Mountains" you will find a detailed description of the route with lots of valuable tips on how to descend. 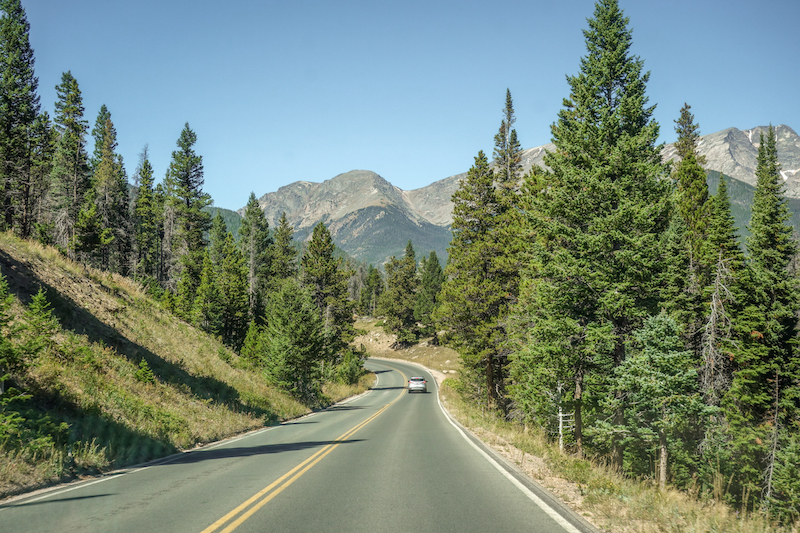 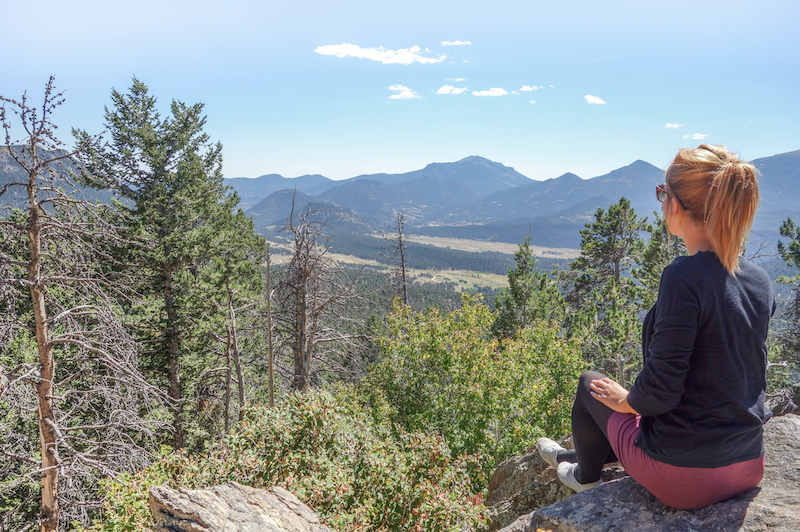 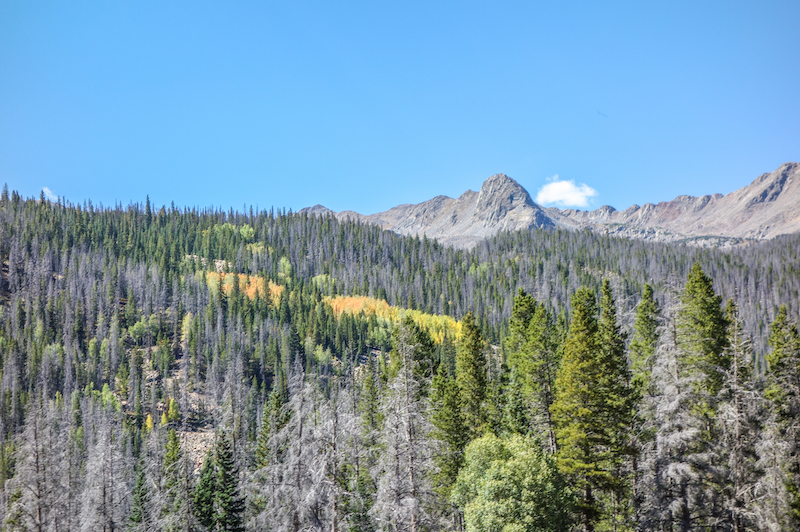 Everyone knows the impressive Garden of the Gods Nature Park. It is accessible free of charge and can be explored in many different ways. The simplest is a tour in your own car. There are several great vantage points along the way where you can stop and hop off to marvel at the mesmerizing red sandstone cliffs, many of which are over 300 million years old.

Over time, they were naturally formed into unique works of art, which are now crossed by numerous hiking trails. Alternatively, you can explore the Garden of the Gods on horseback, take a guided tour or become a mountaineer and climb the rock formations.

By the way, there is a nice story about the name of the park, which you can read in the Garden of the Gods Visitor Center. It says that two surveyors came to the area in August 1859. One of the two is said to have said when looking at the red rocks that this was the perfect place for a beer garden. The other said “A beer garden? But one for gods! ”And so the park became the Garden of the Gods, albeit without the beer. 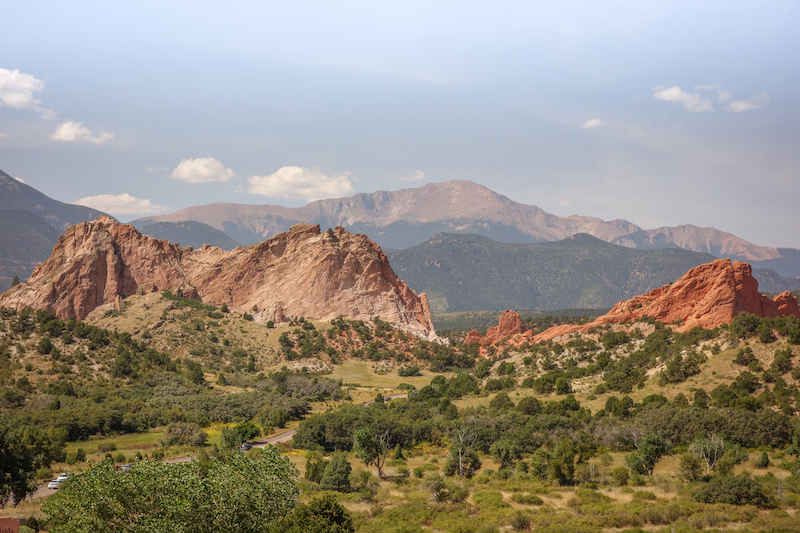 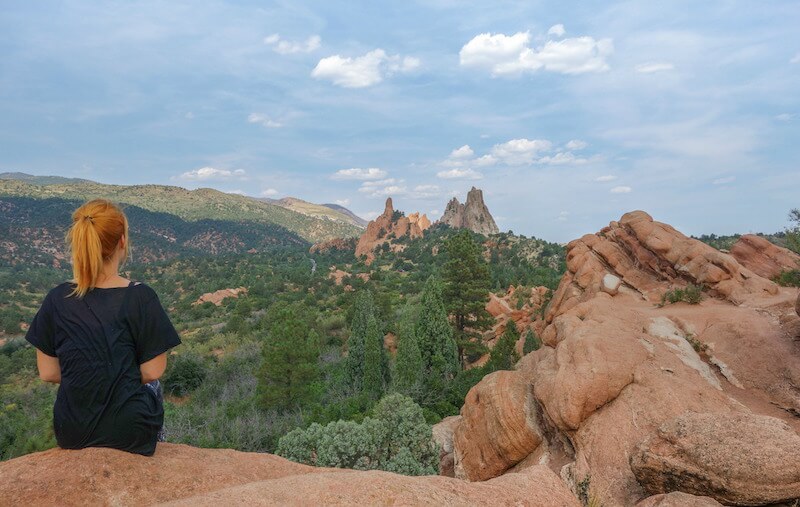 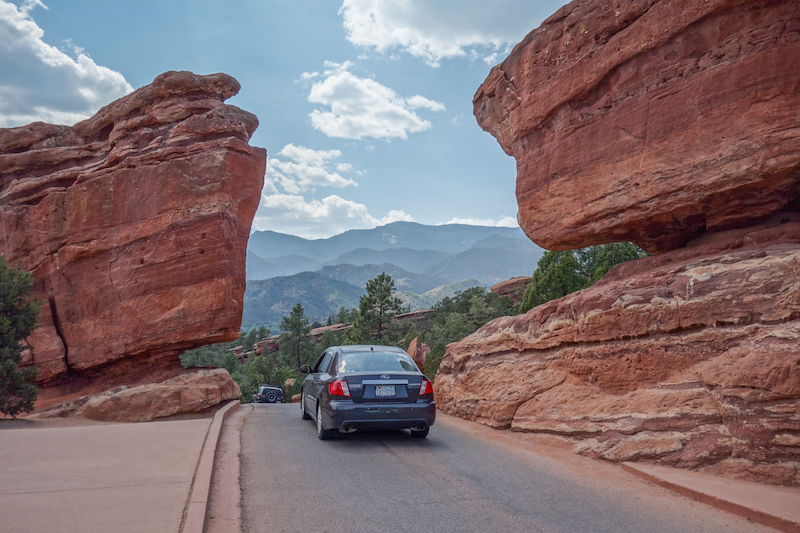 Royal Gorge is a spectacular canyon with the Arkansas River flowing through it. To explore the canyon up close, I recommend a ride on the Royal Gorge Route Railroad.

From Cañon City, the train drives through the narrow gorge, always along the Arkansas River. Through the large panorama windows of the historic train and from the open deck, you can enjoy the wind and the wonderful view. 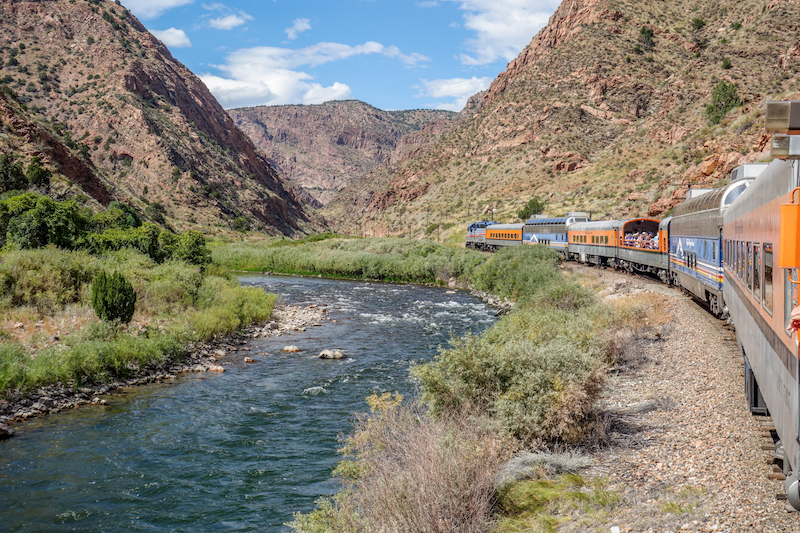 Then you have to go to the Royal Gorge Park, which was largely destroyed by fire in June 2013. In the meantime, many of the attractions have been rebuilt, such as the gondola lift, where you float in a free-hanging cabin about 365 meters above the gorge with the Arkansas River. A gigantic feeling! 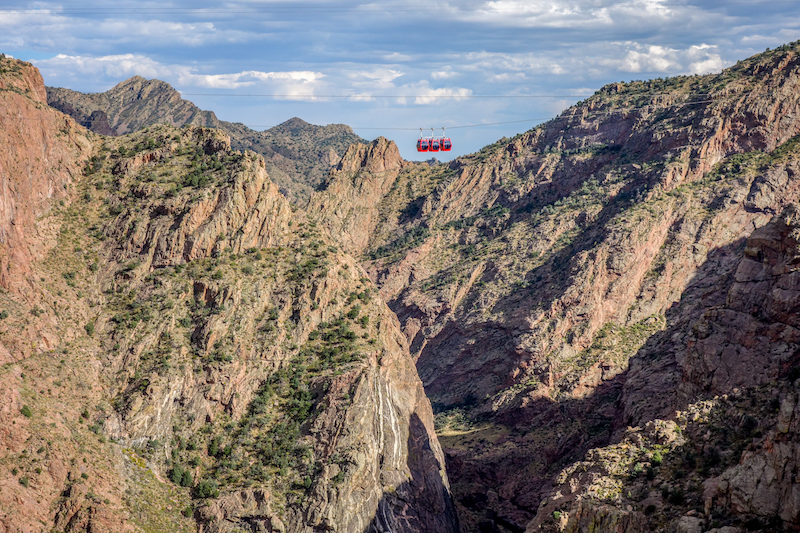 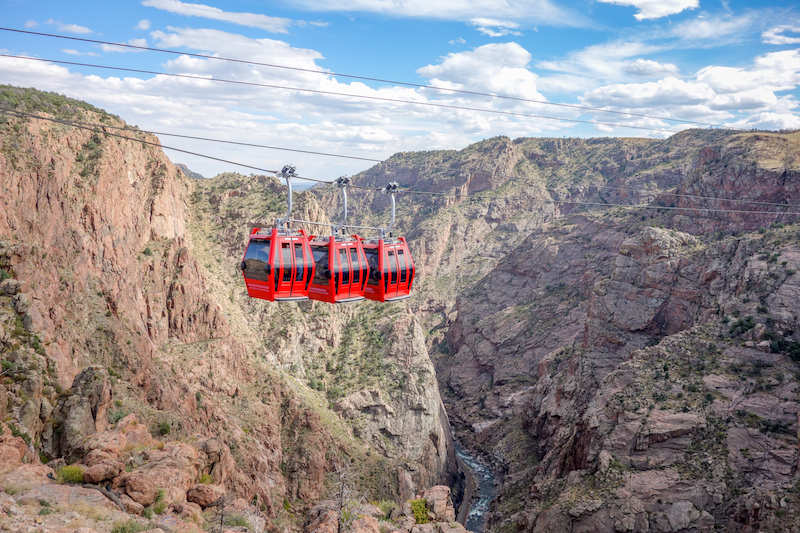 The Royal Gorge Park also features the famous 481-meter-long Royal Gorge Bridge, America's tallest suspension bridge. At a height of 291 meters you walk across the wooden floor and see the river flowing through below you. This fun is not for people with a fear of heights, because the suspension bridge can wobble quite a bit in the wind.

Extra tip: on the other side of the gorge there is a tiny cinema, the Plaza Theater, which shows an interesting film about the Royal Gorge Bridge and the dramatic fire. You should definitely take a look at it! 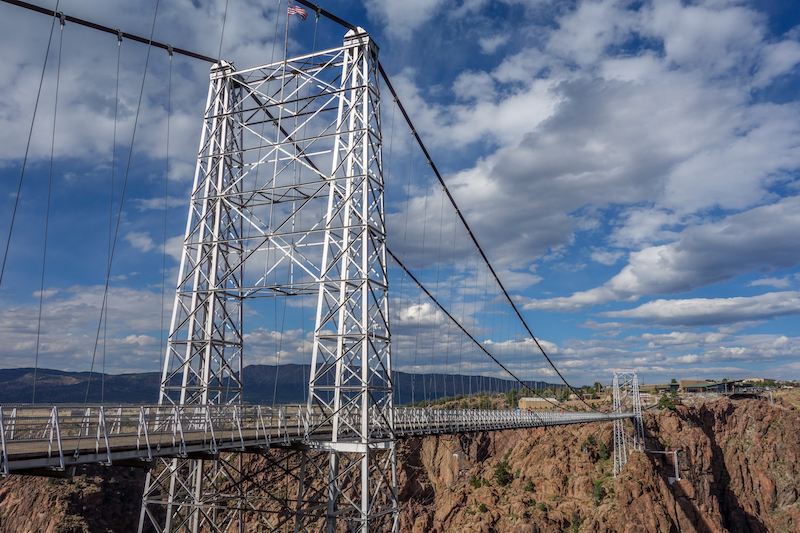