You can't tell that Duk Sang Kang has been on his back for almost eighty years - despite his white hair. Perhaps his job keeps him young: a few years ago, Kang co-founded a museum in Japan, he wants to remind Japanese society of their shared past with Korea. Letters and historical documents lie in showcases in the exhibition rooms in Tokyo, and posters and photos hang on the walls of the museum. Kang points to a traditional Korean wooden house that was rebuilt in the museum: "As a rule, the Japanese did not rent to Koreans, so the Koreans used to look for their own places and built huts," says the white-haired man. "Many Koreans have lived without electricity, gas and water."

Items from everyday life for Koreans in Kang's museum

One hundred years ago, in August 1910, under pressure from Japan, Korea signed the so-called annexation treaty. With the treaty, Korea gave up its independence and became a Japanese colony. From then on, Tokyo exploited raw materials in the neighboring country. Opposition Koreans who opposed Japanese rule were locked in prisons by the thousands. And out of a sense of cultural superiority, Japan suppressed Korean culture. The Japanese language became the national language and from 1915 the sole language of instruction. 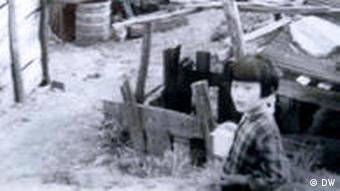 The annexation of Korea made the Koreans Japanese citizens, but they were never treated as equals. Even so, over a million Koreans came to Japan voluntarily in the 1920s, 1930s and 1940s - hoping to find work there - including Duk Sang Kang's parents. But Japan's entry into the war worsened the situation for the Koreans: Tokyo abducted around 200,000 Korean girls and women - the so-called comfort women - to the Japanese front, where they were forced to have sex by Japanese soldiers in military brothels. Korean men were brought to Japan as slave labor. Most Koreans longed for an end to colonial rule. 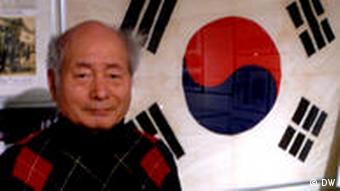 Kang still remembers August 15, 1945, the day of the Japanese surrender. Because of the bombing of Tokyo, Kang was brought to live with a Japanese family in the countryside. Suddenly everyone was called to the school building, he says. Shortly afterwards, the Japanese emperor spoke on the radio for the first time. The Tenno announced Japan's defeat. "Everyone was crying and I felt bad too, I was sad because Japan had lost the war," Kang remembers to this day. "The day after I went back to my family in Tokyo. When I got home, there were a lot of Koreans. They drank and celebrated the liberation."

After Japan surrendered, most Koreans returned to their homeland. However, due to the uncertain situation in Korea, around 650,000 Koreans remained in Japan. However, they were not only deprived of their right to vote, they were also stripped of their previously imposed Japanese citizenship. "Until 1945 they were Japanese and had Japanese citizenship," explains Sven Saaler, professor of Japanese history at Sophie University in Tokyo. "That was not positive for everyone, because they were colonial subjects of the Japanese Empire. But after that they were suddenly stateless in a foreign country. For many this is a problem to this day."

It was only with the establishment of diplomatic relations between Japan and South Korea in 1965 that Koreans were able to apply for South Korean passports in Japan. For several years now, like all other foreigners, Koreans have been able to apply for Japanese citizenship. However, the prerequisite is that they have mastered the Japanese language.

Many Koreans went to North Korea

Japan's rule over Korea ended with the capitulation. Soviet troops invading the Korean peninsula in August 1945.

Not so in the case of North Korea. Japan does not recognize the regime in Pyongyang, there is no North Korean embassy in Japan and thus no opportunities to become a North Korean citizen. Still, North Korea plays an important role for Koreans living in Japan. Because in the sixties around 100,000 Koreans from Japan went to North Korea. Duk Sang Kang's brother also broke up his tents in Japan at the time and answered Pyongyang's call: "My brother had been to the Japanese art academy and had a vocal training, but he couldn't find a job. He probably would never have been able to perform in Japan. He did looked for a place where there was a stage for him and he saw it in North Korea. " Kang has never met his brother again, he must have died in the meantime.

No reconciliation without knowledge of history

Most Japanese, however, hardly know any details related to colonial history, says Kang, because Japanese history books tend to ignore these historical events. Kang therefore sees his museum as an important contribution to understanding between neighboring Asian countries. He wants both Japanese and Koreans to be aware of their shared past. Because only those who know history are able to build honest and stable relationships for the future.