If you want to be counted among the approximately 23 million Australian citizens in the future, you will have to wait longer than before, according to the will of the government. In future, potential applicants must have had permanent residence status for four years. So far, a year was enough.

Conservative Prime Minister Malcolm Turnbull also announced language tests for foreigners in the capital, Canberra. Candidates should demonstrate that they can use the English language both verbally and in writing. Turnbull said the stricter language tests should make Australia - a classic immigration country - "stronger". 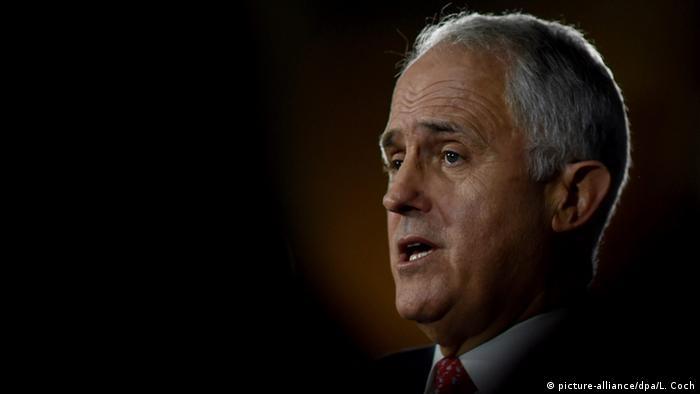 In addition, it should be checked whether immigrants are aware of the "Australian values". These included "the rule of law, democracy, freedom, mutual respect and equality between men and women," said Turnbull. If you want to become Australian, you have to show that you share these values. For example, candidates should provide information about what they think of child weddings and genital mutilation and whether they think it is okay to hit women.

According to official statistics, a good 114,000 foreigners completed the test in 2014/2015, and just under 112,500 passed it. Parliament is due to discuss the new rules shortly. MPs are expected to approve the changes. In the recent past, nationalist and anti-immigrant attitudes have gained significantly in popularity. Right-wing extremist parties like the One Nation have been able to gain ground. At the same time, Turnbull's conservative government is weakening in opinion polls.

On Tuesday, the government had already abolished a visa program that allowed Australian companies to hire foreign workers on an on-demand basis. It has been replaced by a system that, according to Turnbull, "rigorously" places national interests in the foreground. "Australians first," he said, borrowing from US President Donald Trump's slogan "America first".

One Nation leader Pauline Hanson, who has long been demanding stricter immigration rules, endorsed the government's latest decisions. Malcolm gave in to the pressure of their party, wrote Hanson in the online service Twitter. The opposition criticized the government's new course as an ingratiation to the right-wing populists. A debate broke out in the social networks about what should actually be understood by "Australian values".

The neighbor New Zealand also wants to let fewer immigrants into its country in the future. The right-wing liberal government of the Pacific state announced this week that it would pay more attention to qualified training when issuing residence permits. Unskilled workers should only be allowed to stay for a maximum of three years.

Immigration Minister Michael Woodhouse defended the so-called "Kiwis First" policy of his government. "It is important that our immigration regulations attract the right people with the right skills to help our economy grow." The approximately 4.3 million New Zealanders like to refer to themselves as "kiwis" - like the fruit or the bird. The new regulations are due to come into force later this year.