Which is the precious metal

The precious metals at a glance

Find out what makes precious metals so precious

Many are aware that gold and platinum are more valuable than iron. But how do the metals differ? And what makes a metal a precious metal? They are often difficult to distinguish from one another optically. Further confusion is caused by the fact that gold and other precious metals occur in different alloys - are there differences in quality?

Basically you should know that precious metals corrosion resistant do not react chemically when they come into contact with water or air. Contrary to common usage, this also includes other metals, such as palladium, in addition to gold and platinum.

Gold - the finest of precious metals

The precious metal gold stands out from other metals because of its color, its considerable weight and its resistance to environmental influences. It is one of the first metals used by humans to make artifacts, especially of ritual objects and jewelry.

The earliest known objects made of gold date from the 5th millennium BC and gold coins have been proven as a means of payment from the 6th century BC. For jewelry production, gold has the advantage that it can be easily processed, as it melts at low heat and combines with many metals to form beautiful alloys. 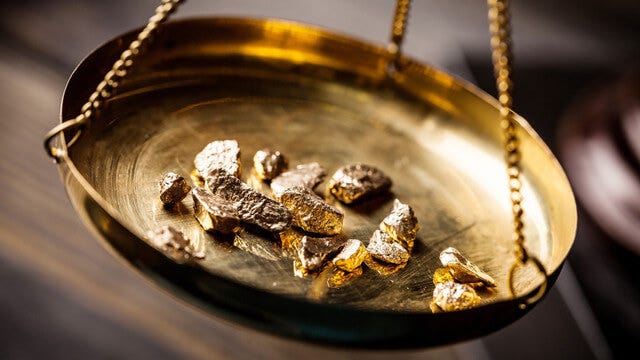 Weight and fineness largely determine the price of gold.

Rose gold: “Russian gold” or “Turkish gold” are called reddish shimmering gold alloys because they were invented in Eastern Europe at the end of the 18th century. The rose or red shade is produced by copper, which also gives the material its strength. Sometimes you also add a little silver for better processing.

The higher the copper content, the more red the material shines. The terms rose gold and rose gold are not linked to a specific ratio of gold and copper, but rose gold is often used to describe alloys with a lower copper content. The term “Russian gold”, however, always refers to a gold fineness of 583.

A higher gold content than 333 or 8 carats not only increases the value of the piece of jewelry, but also intensifies the yellow tone. 750 yellow gold or 18-carat yellow gold consists of 75% gold and 12.2% each of copper and silver. The most popular, however, is 585 yellow gold, which tarnishes less than 333 gold, but has a higher degree of hardness than 750 gold.

White gold: Hardly distinguishable from silver in terms of color, white gold trumps other qualities. In French, these white-silver-colored, shiny gold alloys are called “or gris” (gray gold). The tone is created by adding metals that discolor the gold. These include silver and palladium, and sometimes iron and platinum. White gold is cheaper than platinum and has the advantage over silver that it tarnishes less.

White gold, which is produced through the admixture of copper, nickel and zinc, is characterized by a basic strength that has proven particularly useful for needles, hinges and clasps. However, because some people are allergic to nickel, it is rarely used in jewelry these days. 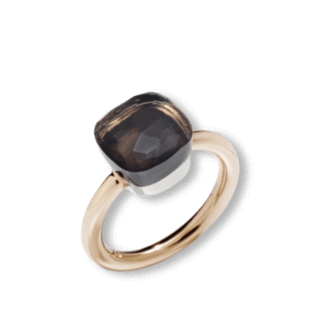 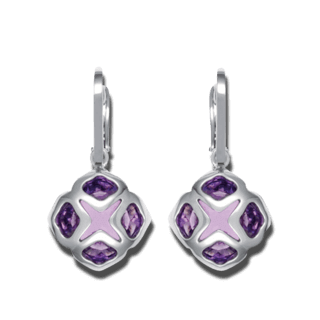 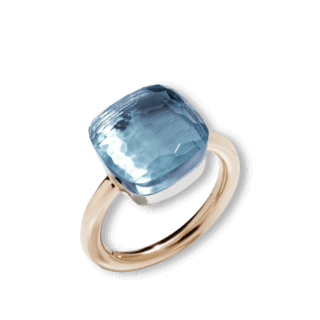 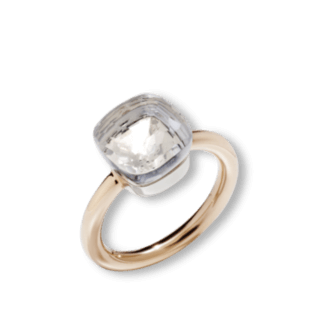 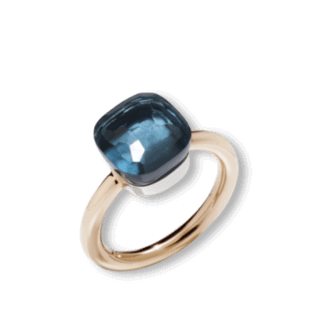 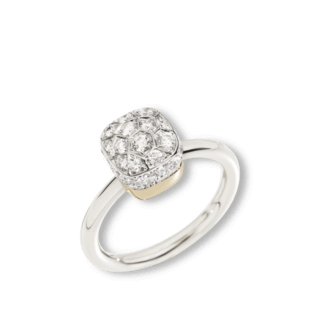 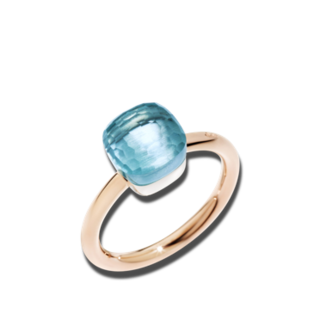 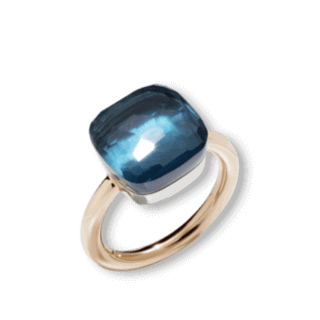 People have been fascinated by silver since the 5th millennium BC and process it into artefacts. Whether with the Egyptians, the Greeks or the Germanic peoples - silver was highly valued and at times was even more sought after than gold.

Opinions differ as to whether silver is a real precious metal. In contrast to gold and the platinum metals, silver shows little reaction with hydrogen sulfide. Therefore, over time, a thin layer of black silver sulfide will build up on the surface of silver jewelry. However, the silver itself is not damaged by this reaction. The silver sulfide can also be easily removed again, e.g. with a silver cloth. Further tips on how to best clean silver jewelry can be found in our chapter on silver cleaning. 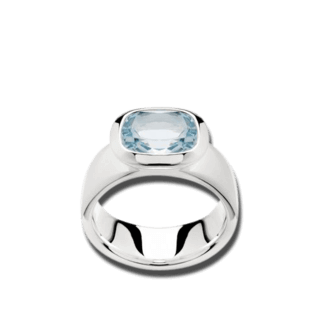 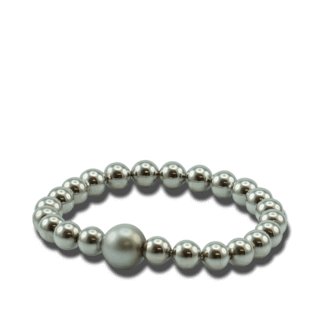 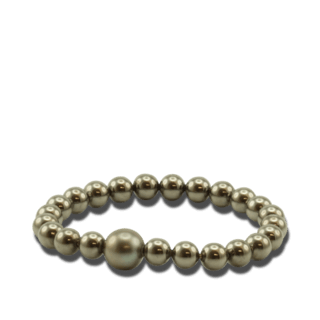 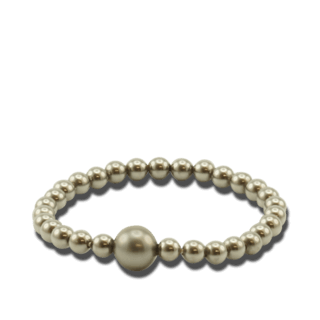 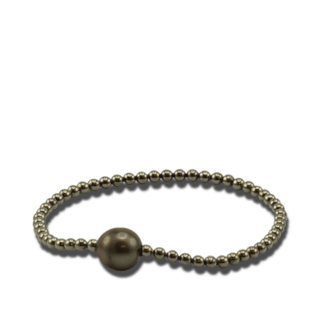 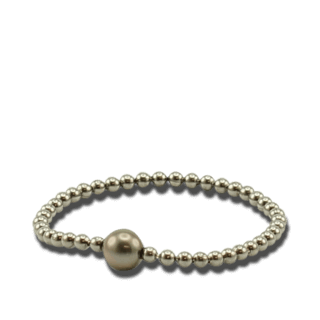 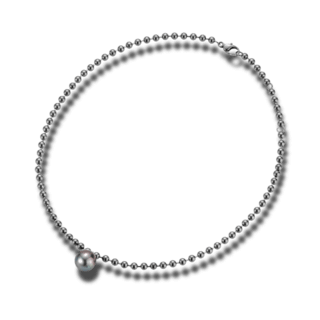 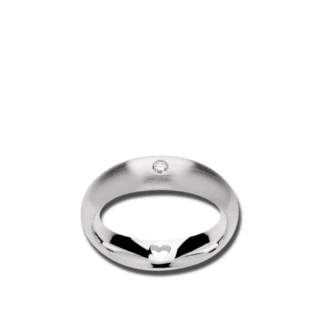 Silver alloys - why German silver is not a “new silver”

Did you know that the Olympic gold medal is really just gold-plated silver? There is also a separate term for gold-plated silver: “Vermeil”, which means “bright red” in French. So one should actually speak of the Vermeil medal.

Apart from gold, silver can also be wonderfully alloyed with other metals, for example with copper or palladium. While a copper or palladium alloy has a positive effect on the hardness of the silver, a proportion of the noble metal palladium of 20 to 30 percent even makes the silver resistant to tarnishing.

The alloy sterling silver, which is made from silver and copper and has a fineness of 925 thousandths of silver, is particularly popular. Its name is derived from the British currency, the pound sterling, as the silver pennies were once made of this alloy. Today, sterling silver is also widely used in jewelry and cutlery. The patented Argentium ™ sterling silver contains germanium instead of copper and therefore, unlike other silver alloys, does not tarnish.

A final fine silver plating, i.e. a pure silver coating, can also reduce the tarnishing of the silver. Good to know: Don't let the term “nickel silver” fool you. Because there is no silver in nickel silver, it consists instead of the base metals copper, nickel and zinc.

The precious metal platinum was once a thorn in the side of gold prospectors in South America in the 17th century. Because when mining gold dust, they did not know how to remove the platinum from the gold. Because they did not see its worth, they disparagingly called this white-gray metal platina "Small silver". They also long considered it “immature gold”.

If they found large amounts of platinum, they simply threw it back into the rivers of Ecuador. Only the gold counterfeiters recognized the outstanding properties of this metal, which does not melt even in fire and is even a little heavier than gold. Titan, on the other hand, was only discovered in the 18th century and has many advantages due to its lightness and hardness.

Platinum - why it's more valuable than silver

Platinum may look more like silver, but its properties are more like gold. Like gold, it has a very high resistance to corrosion and oxidation, i.e. it does not show any changes in contact with other elements - such as oxygen. Due to its very good flexibility, it can be processed into jewelry very well.

Platinum is more valuable than silver because of its rarity. In addition, platinum alloys often have a high fineness. A well-known platinum alloy made of 96% platinum and 4% copper is also called Jewelers platinum. The copper improves the hardness of the piece of jewelry. Pure platinum is far too soft for making jewelry. Alternatively, the copper can be replaced by the noble metal palladium, this extremely noble alloy is then referred to as setter platinum; it is mainly used for frames.

Platinum has another advantage: In contrast to gold, there is no loss of material due to scratches with platinum. With platinum, scratches only lead to a slight deformation of the piece of jewelery.

Titan - a precious metal as strong as the titans

When William Gregor discovered the very solid precious metal titanium at the end of the 18th century, he felt the power of the Greek Line of gods of the titans remind. And the other properties of this precious metal are “divine”: It is light and resistant to all signs of aging, which means it is very resistant to corrosion.

Because of these qualities, titanium is the favorite of many manufacturers for watch cases and for watch straps that are supposed to be strong and durable, but light. In fact, titanium is the ninth most abundant element on earth and costs just one twentieth that of silver. However, since it is very difficult to mine pure titanium, its price is still 200 times that of crude steel.

Man-made materials - such as enamel - can also be extremely effective and noble. And elaborate and artful is the process of enamel production: Here, a glass mass made of quartz sand, soda, potash and lime is melted on metal surfaces. The addition of metal oxides enables extensive variations in terms of color, transparency and gloss.

Furthermore, the structure of the subsurface can produce interesting three-dimensional effects with a relief character. The number of firing processes, the temperature and the duration also have a major impact on the result. Different interactions arise depending on the metal substrate. It is particularly tricky for the enameller to create a certain color shade, as this only becomes visible after the firing. The enamel production is therefore almost like magic.

Stainless steel - noble, but not a noble metal

Watches and watch straps are often made of stainless steel, because stainless steel is a very hard and robust material that is easy to work with. More precisely, stainless steel is a metallic alloy that consists primarily of iron with a high “degree of purity”. This means that iron contains only a very small percentage of undesirable “iron companions” (other substances such as sulfur).