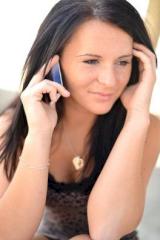 Study: Teenagers are into expensive high-end smartphones
muro - Fotolia.com Despite tight finances, teenagers often change their mobile phones and are particularly interested in expensive premium smartphones. This is the result of a survey of 600 young people carried out by the provider Congstar. Internet-enabled feature phones are hardly in demand for this.

It may be doubted whether the study carried out with 600 young people between the ages of 14 and 19 is actually representative. After all, it throws an interesting spotlight on the wishes and sensitivities of young mobile phone users. Most of those surveyed have owned more than three cell phones in their lifetime - a full 12 percent of young people even owned more than five. 69 percent of the survey participants said that they would be more likely to consider buying a new smartphone from the premium range.

It should have been striking that young users who have already owned more than five cell phones in their lifetime showed the greatest interest in premium smartphones, namely 80 percent. The overwhelming majority of the very young 14 to 15 year olds would also opt for a premium device (74 percent). In contrast, only 27 percent of all respondents were interested in an internet-enabled basic model. Apparently, even with an entry-level smartphone, no state can be made in the school yard or with friends.

Study: Teenagers are into expensive high-end smartphones
muro - Fotolia.com Nowadays teenagers no longer want to tie themselves to a long-term mobile phone tariff. Around half of the respondents preferred offers without a contract term. The young people, who already have several years of experience with mobile communications services, set great store by tariff flexibility: Preference is given to tariff options that can be added or deducted monthly at a tariff without a term. In this target group, 77 percent of those surveyed considered flexible options for cell phone tariffs to be important.

The study did not provide any details on the question of whether young people would still take advantage of subsidies for cell phones. However, the great desire for tariffs without a minimum contract term suggests that many young people do not buy their smartphones from the provider, but separately from electronics retailers or online mail order.