What do evangelical Christians believe about sex?

In the last two issues of your column you answered questions about the understanding of worship and the Lord's Supper by post-evangelicals. Again and again it is about the loving God, whom post-evangelical Christians want to discover and accept. What about love among post-evangelicals? To what extent are traditional, conservative life plans still valid for you, which evangelicals justify with the Bible? Do you have sex now even without a marriage license?

that the topic of sexual morality has to come up in a discussion about (post) evangelicalism unfortunately seems inevitable. Sex morality is a (often excessively) big issue in many evangelical circles. Of course, a change in values ​​has now also arrived in evangelical milieus - young evangelical Christians are usually much more liberal than their parents or grandparents.

Nevertheless, perhaps also due to the demographic constellation in more traditional free churches, questions about sexuality and partnership are often answered very conservatively. In many cases, of course, with reference to the Bible and moral or moral standards, which one thinks one can or must extract from here.

If you live more liberally and individually as a young person in an evangelical milieu, this is generally tolerated, but often not viewed as exemplary. At the latest when it comes to questions of managerial responsibility, people often take a closer look. The unmarried, pregnant young worship singer, who is then no longer allowed to stand on the stage, or the couple who are unmarried and move in together and have to give up group leadership - you still encounter that very often today. Certainly also in younger evangelical movements like the Vineyard, ICF or some City Churches.

How do post-evangelicals position themselves on conservative sexual morality?

Let's make it short: in post-evangelical circles, sexuality is usually not reflected as something in general need of moral discussion. To a large extent, sexuality is initially treated as a private matter and, above all, depends on the premise of consensuality. In sex education one speaks here of negotiating ethics.

But that also means that not every post-evangelical Christian has to take a libertarian, progressive stance on partnership and sexuality, but only first of all that sexuality is something where everyone can and should find their own values ​​and norms, as long as one should does not harm anyone.

If you want to celebrate your heteronormal marriage and see fulfillment in it - completely ok. If you want to live more polyamorous and find partners who want it exactly that way - why not? Everyone should be able to live sexuality and partnership fulfilled and happily and this as he can and likes. Moral statements in the Bible are generally read historically and critically - that is, treated as cultural artifacts and not discussed under the heading of sin. Post-evangelical people no longer work on a metaphysics of morals that should apply equally to all people. One has an awareness of social change, of diversity, as well as of the discursiveness of values ​​and norms.

As in other liberal social groups, sexuality is discussed less as a topic of the group, but primarily on a personal, interpersonal level - that is, exactly where the conversation primarily belongs. Where sexuality also takes place.

Evangelicalism, on the other hand, wants universals

In evangelical thinking this is of course quite different. The aim here is to formulate clear ideas that should reveal God's view of interpersonal issues to us. And so here, as a rule, the individual case is not assumed, but rather a universalist approach. Of course, this is always difficult for people who do not quite fit into the common normatives such as cis-gender, heterosexuality, monogamy and missionary position. That is why there are of course a below-average number of people in the evangelical space who deviate from such heteronormative identity markers.

It is no coincidence that for many post-evangelicals it is precisely the reflection on evangelical sexual morality that can also trigger a questioning of many more fundamental beliefs that were previously taken for granted. Perhaps we will grow up in a sheltered, evangelical Christian home in the Bergisches Land, perhaps we will move to Cologne or Berlin to study and will be confronted with completely different, much more heterogeneous living environments to which we now have to relate.

Understanding and formulating morality always has a lot to do with biography - including how homogeneous or heterogeneous our living environment, with which we have to deal, is designed. Due to our current social mobility, social groups and identities are becoming increasingly permeable, biographies more diverse, and thus of course our inquiries about the traditional values ​​and norms of our socialization more significant, as they can lead us into cognitive dissonances that we have to clarify for ourselves.

Sexuality, too, is of course idealized in a special way under such a topic. The “no sex before marriage” topos is often no longer cited primarily as a moral argument, but rather draws its significance from this moment of idealization: “True love is waiting” - your sexuality is something special, almost sacred. Something that is worth waiting for - for the perfect partner. To the one person with whom we will stay together forever. That is of course a beautiful thought, because it is highly romantic. 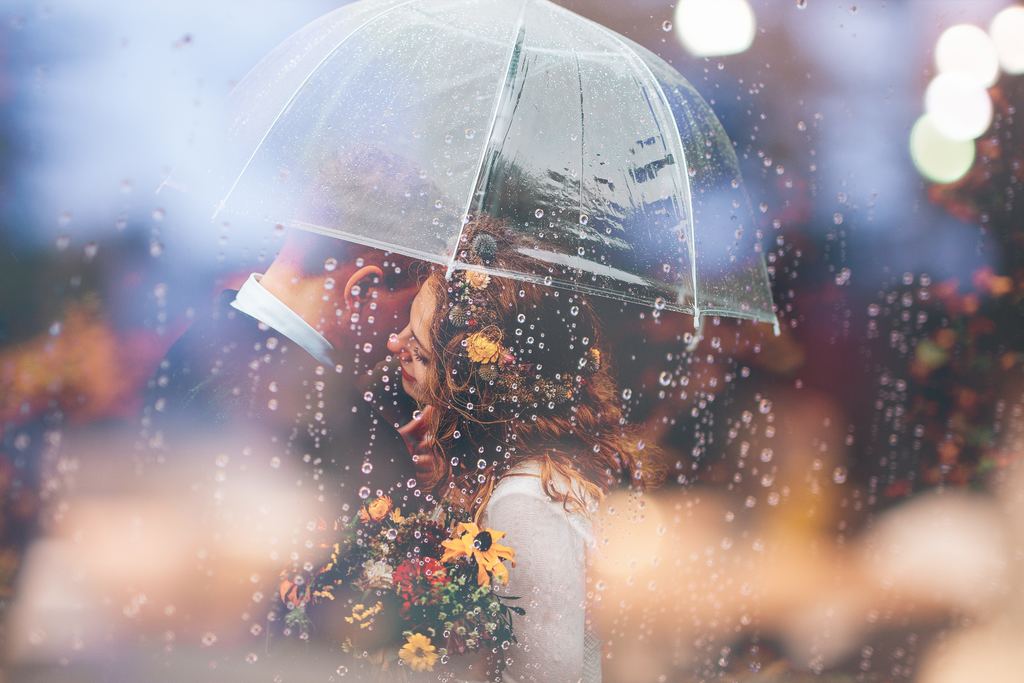 Such an idealization, however, can quickly lead to the so-called “AMEFI” trap, as some couple therapists or psychologists problematize today: “Everything with one forever”. Such a romantic ideal can certainly be observed in society as a whole - one likes to speak of an over-romanticization, or, more popularly, the disneysization of relationships. In the topics of some evangelical groups, this image is again forced in a special way, since it is also interpreted spiritually.

Ultimately, this is how extremely high demands and expectations of relationships are formulated. Where in the past an entire extended family was partly responsible for our happiness, today a successful life and personal happiness are projected very strongly onto the romantic two-person relationship and the one life partner with whom one now wants to realize this. This is problematized above all with regard to our ability to bond: “So check out who binds forever!” With such an attitude one is of course much more cautious when choosing a partner. Due to the strong spiritual charge of the topic, such thinking can also lead to significantly more existential crises, if it does not work out as one imagined.

In post-evangelical circles in particular, one often encounters people who, because of their recently failed Christian marriages, have questioned their entire evangelical framework of faith because the promise of a relationship blessed by God was not kept. A "With God's help" does not always seem to be the magic bullet with which one can compensate for relationship problems or disappointed expectations in the long term. In the aftermath of such a crisis, some people not only lose confidence in themselves, their own ability to relate or in other people, but even in God and faith. So you quickly find yourself in a deconstruction process that, like a domino effect, does not stop at other beliefs.

Sexual morality is an issue with which post-evangelical Christians come into contact primarily biographically. Either one does not fit into the normative that evangelical sexual morality formulates, or because of the heterogeneous socio-cultural contexts in which one lives, one has to demarcate oneself more strongly in order to resolve cognitive dissonances. In some cases, disappointments or failure due to the strong idealization of sexuality and partnership in the evangelical space can turn into a moment in one's own biography that only initiates a discussion of one's own evangelical socialization.

In general, however, it has to be said that sexual morality is a main topic of discussion in more conservative groups. In groups that represent more universalistic assumptions and therefore postulate a claim to discourse for themselves. A liberal attitude, on the other hand, lives more from the moment of tolerance and acceptance and therefore sees less need for discussion. You can understand and appreciate very different positions here.

From a liberal perspective, a discourse about morality only becomes problematic when the absolute claims of a group are also represented politically. People could be marginalized, defamed or curtailed in their personal rights. This is the moment when you enter the discourse and also consciously show solidarity.

Morality as a political discourse

A problem that often arises in such a political discourse is that many conservatives perceive a liberal stance as a claim to which they assume a certain absoluteness. You feel yourself as a minority and exposed to social pressure that demands a “political correctness” that you may not be able to redeem.

The oxymoron "tolerance of intolerance" expresses this problem quite aptly. Moral questions are also questions of conscience, especially for very religious people, and conscience is not a completely rationally functioning apparatus. The practice of one's own religion, the freedom of one's own opinion, even if these other views are intolerant, are questions where liberal thinking first reaches its limits.

Liberals too have to learn to be theirs Move - i.e. the separation between personal opinion and public discourse - cannot be taken for granted. That, especially in moral questions, there are also moments that cannot simply be leveled out by rationalizing and deliberately separating the discourses. Especially in a multicultural world that is getting closer and closer together, you will have to learn to keep talking. And inquiries about a liberal morality come not only from the conservative camp, but also from the left.

It is obvious that we cannot withdraw into polarization in our discourses, but rather we have to keep talking, whether we like it or not.

The Emergent Forum 2018, which will take place in Leipzig from September 14 to 16, 2018, aims to face precisely this challenge under the title: “BEEF - emergent arguing”. One would like to look for solution strategies and reflections together that should help us to remain constructive in our arguments. So a definitive event recommendation on my part. On the website you can find out more information and, if you are interested, register immediately.

As always - thank you very much for your attention and see you soon!