Where can I find bisexual friends 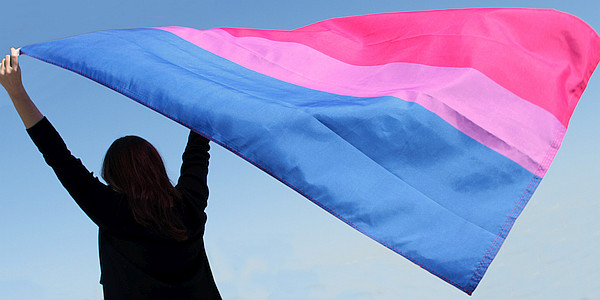 The bisexual flag consists of the three colors blue (for heterosexuality), pink (for homosexuality) and purple (as a result of the mixture of blue and pink)

A survey of almost 700 bisexual men and women sees "special needs in the areas of sexuality and partnership" - and calls for consequences for online dating.

There are many prejudices about bisexual people, including in the gay community. But what do men and women who are attracted to more than one gender really think about love and sexuality?

The first answers were given in a non-representative - and not entirely altruistic - survey published at the beginning of November. The internet portal bisexuell.net and the online dating agency Gleichklang.de have evaluated and compared the statements of 399 bisexual women and 295 bisexual men between the ages of 16 and 80 on sexuality and partnership in their ongoing bisexuality survey.

This is what bisexuals want during sex

About half of the men (44 percent) and women (48 percent) surveyed stated that they felt equally strong sexual attraction from men and women. The other half of the respondents expressed a preference for one gender despite their bisexuality. The heterosexual preference dominated among men, with 40 percent of men saying that they would rather go to bed with a woman than with a man. Only 16 percent of men named a preference for a man as a sexual partner.

This is what bisexuals want in love

Bisexuals differ according to whether they have an equally strong sexual and partnership preference for both genders or whether they prefer one gender. Women are more related to both sexes than men, who have a much stronger heterosexual preference than women. Many bisexual men and women want a traditional form of partnership in the sense of a two-person relationship, and this is especially true for women.

Much more common, however, among bisexual women and men is the desire to have sex with a woman and a man at the same time or with a group. This desire is also more widespread among men than among women, but is more often put into practice by those women who have the desire than by men.

In addition to the traditional two-person relationship, a not inconsiderable number of bisexual men and women also desire and practice a nontraditional partnership relationship that includes man and woman at the same time or, in the polyamorous sense, several people. It is therefore to be assumed that there are special bisexual needs in the areas of sexuality and partnership.

Gleichklang.de is an alternative platform for getting to know each other with currently 14,500 members for partner searches, friendship searches and travel partner searches for people who are close to nature, environmentally active, animal-friendly and socially minded. The placement takes place after matching the basic attitudes, lifestyles, desires and needs. Uniform also includes a special bisexual mediation option. Gleichklang also operates the information portal bisexuell.net, which reports on the particularities of bisexual preference and the problems bisexuals are exposed to.