The silent rebellion of the Iranian women

Shortly before the parliamentary elections on Friday (February 21, 2020), many Iranians' hopes for political diversity were dashed. The Guardian Council, which is dominated by conservative clergy, did not allow half of the nearly 14,500 candidates to vote on the 290 seats in parliament. Many young voters in the regime-critical camp therefore want to boycott the election, women as well as men. Only 14 women are represented in the Iranian parliament elected in 2016. Cynicism spreads. This is not a democratic choice, say young Iranian women. "We already lost."

Courage and strength of women

The journalist Ulrike Keding has spoken to many of them on her travels since 2016, and she is currently in contact with some of them. She originally wanted to take a look behind the scenes of a country whose everyday life is little known and, above all, to learn something about the role of women. What she discovered during her three stays did not meet her expectations. "In Germany, people think that women in Iran are oppressed. Although officially they actually have fewer rights, they are very strong. They have a very strong role not only in the family, but also professionally."

Keding experienced this on her "homestays" with various Iranian families, at meetings in coffee shops and conversations on the street, on the university campus or on walks in the mountains. She spoke to women wearing chadors on the Persian carpet about religion and national identity, with students about the hated obligation to wear a veil, with academics about their desire to emigrate to Europe. In her conversations, she found the "secret freedom" of Iranian women, women above all from the educated urban milieu of the middle and upper classes, who skillfully evade the prohibitions of the ruling men's group. 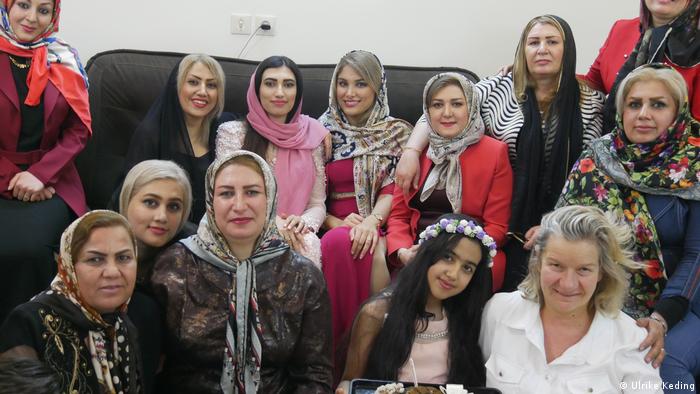 The desire for equality

At 83 million, the population of the multi-ethnic state is roughly the same as that of the Federal Republic, but the age structure is completely different: half of Iranians are under 30. Almost 70 percent of students in Iran are female. In the protests of the past two years, many have expressed dissatisfaction with poor governance. But more than the open rebellion against the state, the silent rebellion in everyday life changes Iranian society, observes Keding.

As soon as the 23-year-old student Sharzad enters the Tehran trendy café "Remington", she completely drops her headscarf, which she wears far back anyway. She is one of the rebels from "White Wednesday" who silently let the veil fall on Iranian streets or in the subway. "In December 2017, the first woman stood unveiled on Eghelab Street in Tehran, Revolution Street," reports the author. Since then, the headscarf requirement has sparked protests against the Islamic Republic. "Women are stronger than men," says Sharzad. Many young women like her want equality, freedom and democracy. "We dare to rebel. Our weapons are Facebook, Instagram, Twitter and Telegram." 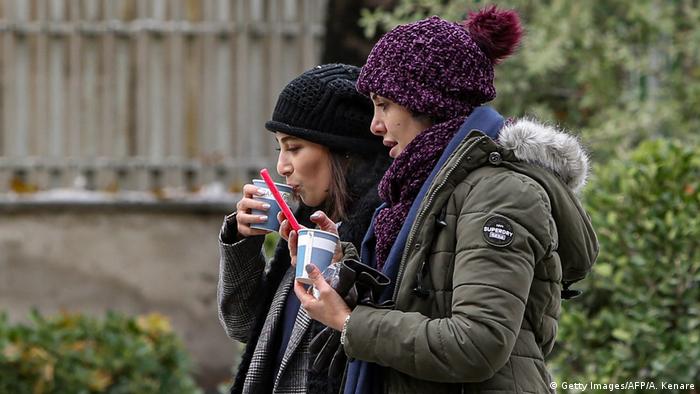 The smartphone is indispensable for modern young women in Iran too

Since Trump's termination of the nuclear agreement and the tightening of sanctions against Iran, the economic situation for the majority of the population has worsened enormously. People have a tough struggle for existence. Foreign companies and businesses that are dependent on imports are laying off their employees. The value of middle class income has halved and inflation continues to gallop. Iran is an importing country; many goods are only available on the black market at inflated prices. For more and more women this means that they have to contribute to family support. A third of all workers are women, but they still have to fight for their legal equality.

The business economist Dina would like to work, but a starting salary of 27 euros per month is far too little for her, she tells the author on a jeep trip into the mountains around Tabris. The 30-year-old prefers to receive foreign guests at home. She protested against the poor wages for Iranian women on the Internet platform of the Iranian exiled journalist Masih Alinejad. "She is our feminist," says Dina. "Whenever something is done to us Iranian women, we take a photo or make a video and email it to her." 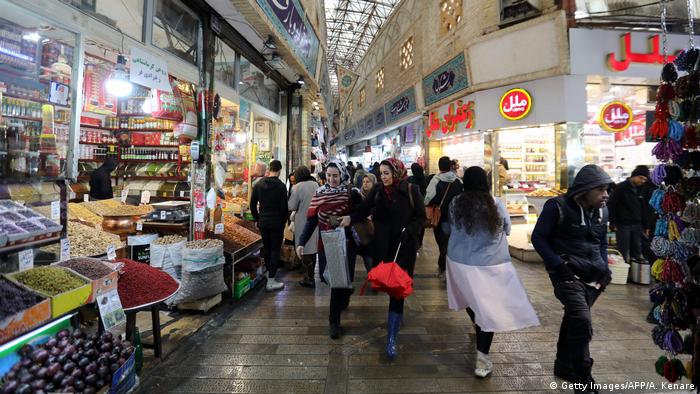 Brain drain of the brightest minds

Even for a well-paid oncologist who Keding was a guest, Trump's sanctions are a big problem. "You hardly ever get any medication for cancer," reports the doctor. Medical equipment for US-American medicine is only available on the black market. But that's not why the well-off surgeon and her 12-year-old daughter are learning German intensively. Like so many academics, she is striving for Europe in order to escape "a hundred percent dictatorship" and enable her daughter to lead an emancipated life. The Iranian middle class is bleeding to death. More than seven million Iranians live abroad, more than one in three in the United States.

Modern women in Iran decide for themselves who to marry, and more and more people marry late or not at all. They no longer want to submit to the men's regime, fear for the freedom to study or travel - because a husband could forbid them to do so. 30 percent of Iranian marriages are divorced, but women have no right to their children after a divorce. It is true that the role of women has also been strengthened legally and the man has to pay a high premium to protect the woman if he wants to get a divorce. But a woman cannot apply for divorce on the grounds that the relationship has failed. Nevertheless: "In educated circles, everyday life is lived equally by women and men," says the environmentalist Yara. 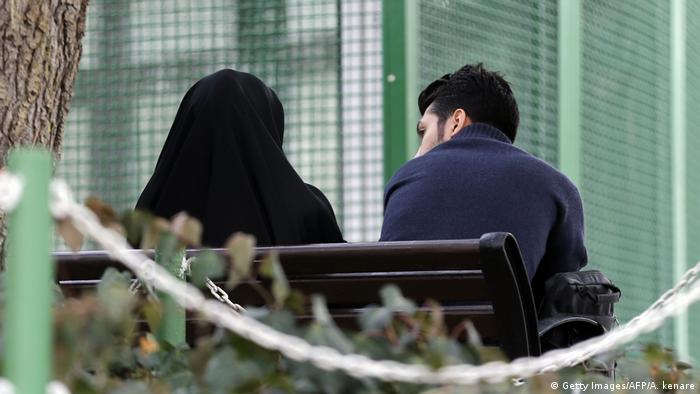 The "Mehrieh" system has been in place since 2017, according to which men must pay women a premium in the event of a divorce

Longing for a tolerant society

Iran is led by two governments, explains one of Ulrike Keding's interlocutors on her last trip in 2019. From the elected President Rouhani and from the unelected religious regime under Khamenei, which has the greatest power. Not through a choice made by the hardliners, but through a tolerant, education-oriented way of life, many people evade the power of the Revolutionary Guard. "The women are the real revolutionaries in Iran," comments the Kurdish teacher Malihe. "I also count myself among the rebels, but I don't approach it radically. I try the democratic way."