Breast cancer can affect your eyes

"It can happen to you that you go to the ophthalmologist and he says: Go to your gynecologist! It looks like you have breast cancer," explains Professor Walter Konen from the University Hospital in Cologne. "I don't see every breast cancer, but in a woman who is about to die, I can see metastases in the back of the eye and then I know: she won't live another six months." It doesn't always have to be that extreme. But ophthalmologists recognize many diseases, and often even before they are diagnosed by another specialist.

Diabetes, high blood pressure, multiple sclerosis, they are all reflected in the eye. Often it is purely routine examinations that reveal diseases that belong to a completely different field than ophthalmology - rheumatism or liver problems, for example. "Yellow eyes and yellow sclera, the original white in the eye, can be an indication that there is an internal disease. And that must be clarified," says Konen. "Liver disease often plays a role here." This could be acute or chronic hepatitis, for example. Detected early, can also be treated early. 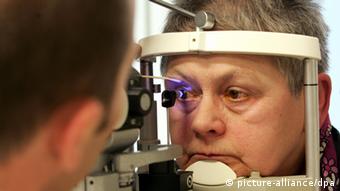 The ophthalmologist recognizes many illnesses during routine examinations

If someone goes to the ophthalmologist about reading glasses, but who then diagnoses diabetes after the examination, most patients are probably quite surprised at first, because sugar disorder belongs more to the hands of an internist. But diabetes leaves clear traces that can be clearly recognized by the ophthalmologist. "In diabetes we see fine bulging of the vessels, so-called microaneurysms and punctiform hemorrhages on the retina," says Professor Berthold Seitz, President of the German Ophthalmological Society, the specialist society for ophthalmology.

During an examination, the pupil is dilated, then the doctor looks into the organ of vision with the ophthalmoscope. There are methods, says Seitz, in which the eye can be examined with 60x magnification. In this way, the doctor can recognize typical signs of various diseases, including the widespread disease diabetes. The fine blood vessels in the eye allow conclusions to be drawn about the blood vessel system. In so-called diabetic retinopathy, for example, the high sugar content in the blood damages the retina and the extremely fine vessels. This can ultimately lead to blindness.

In Germany this affects around 30,000 patients, and every year there are around 2,000 more people who lose their eyesight due to diabetes. Intensive exchange with other medical departments is part of Seitz's daily work. "Every day 60 to 70 patients come to our polyclinic. Every day or every other day there is someone with whom we can see something in the eyes that could have something to do with a general illness." 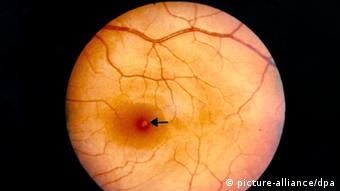 The ophthalmologist can diagnose not only diabetes and high blood pressure, but also autoimmune diseases such as multiple sclerosis. In MS, the body's own defense system destroys the sheathing of the nerve fibers, the myelin layer. Mostly, foci of inflammation form in the entire central nervous system. These can lead to slight discomfort, but also to inability to move and severe disabilities. Often a specific cranial nerve that controls eye movements is affected. Patients may initially see double vision or visual acuity may be impaired, a possible indication of MS for the ophthalmologist. There is no cure for this disease, but the earlier it is recognized, the better the therapy options there are.

The diagnosis of rheumatism is also not infrequently made by the ophthalmologist. This typically results in inflammation of the iris, says Seitz. "It's like when you are in a hut on a mountain, and in the morning there is first fog and then a ray of sunshine comes through." This somewhat milky image can be seen with an inflamed iris in the anterior chamber of the eye. "

Wilson's disease, a rare copper storage disease that causes the liver to gradually deteriorate, also shows up in the eye. "There is a so-called Kayser-Fleischer ring. This is a brown ring that can be seen in the depths of the cornea and that is created by copper deposits," explains Seitz. In such a case, the patient must see an internist as soon as possible. 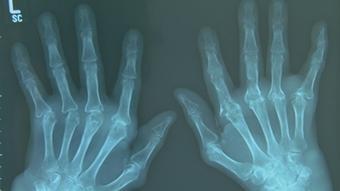 The eyes can also provide information about rheumatism

For ophthalmologists, the subject of "eye and general diseases" is also part of the training, says Seitz. "This is actually my favorite lecture because you can walk from alpha to omega and show that ophthalmology is not just about cataracts and glaucoma or, even worse, glasses." Microsurgery is also a daily bread for him as an ophthalmologist: "I am a passionate corneal transplant surgeon."

The interdisciplinary work is also very important. In the case of a brain tumor, for example, there are many questions that are part of ophthalmology, as Seitz explains: "Does the patient already have visual field defects? Do we have to do a visual field examination? There are characteristic patterns. Does the patient already have an optic nerve drain? Then it is an irreversible partial destruction of the optic nerve. " Some patients are well aware of the important role their ophthalmologist may have already played in diagnosing an illness. "There are always patients who praise you in the highest tones because you have helped to recognize an underlying disease. Otherwise it would have crept on."