How to order tapas in Spain

Spain is the Germans' favorite holiday destination abroad. In a country that is practically around the corner, there is so much you can't go wrong - they say. But that's not how it is. We'll show you where the faux pas are, how to get around them and what else you should pay attention to.

Eating and drinking - in style

Food plays a central role in Spain. Both culturally and socially. You sit together in larger groups, celebrate enjoyment and entertainment. The moment and the get-together count - it almost doesn't matter what it costs.
Dinner starts between 9 p.m. and 10 p.m. For example, if you go to a Spanish restaurant around 6 p.m. - as is customary in Germany - you shouldn't be surprised by uncomprehending looks from the service staff.

Incidentally, in Spain the waiter assigns the table. Guests who carelessly head to a free table quickly turn out to be "tourists". So it is better to wait a few minutes longer and maintain your dignity.

Tip is included in the bill - it is up to you whether you express your satisfaction with a good meal and excellent service with a little change (10 to 15 percent would be appropriate).

Doesn't pay separately: Everyone throws together - a Spanish waiter will not like to break a group's bill into its individual parts. Often even the unspoken premise applies: whoever pays is king. 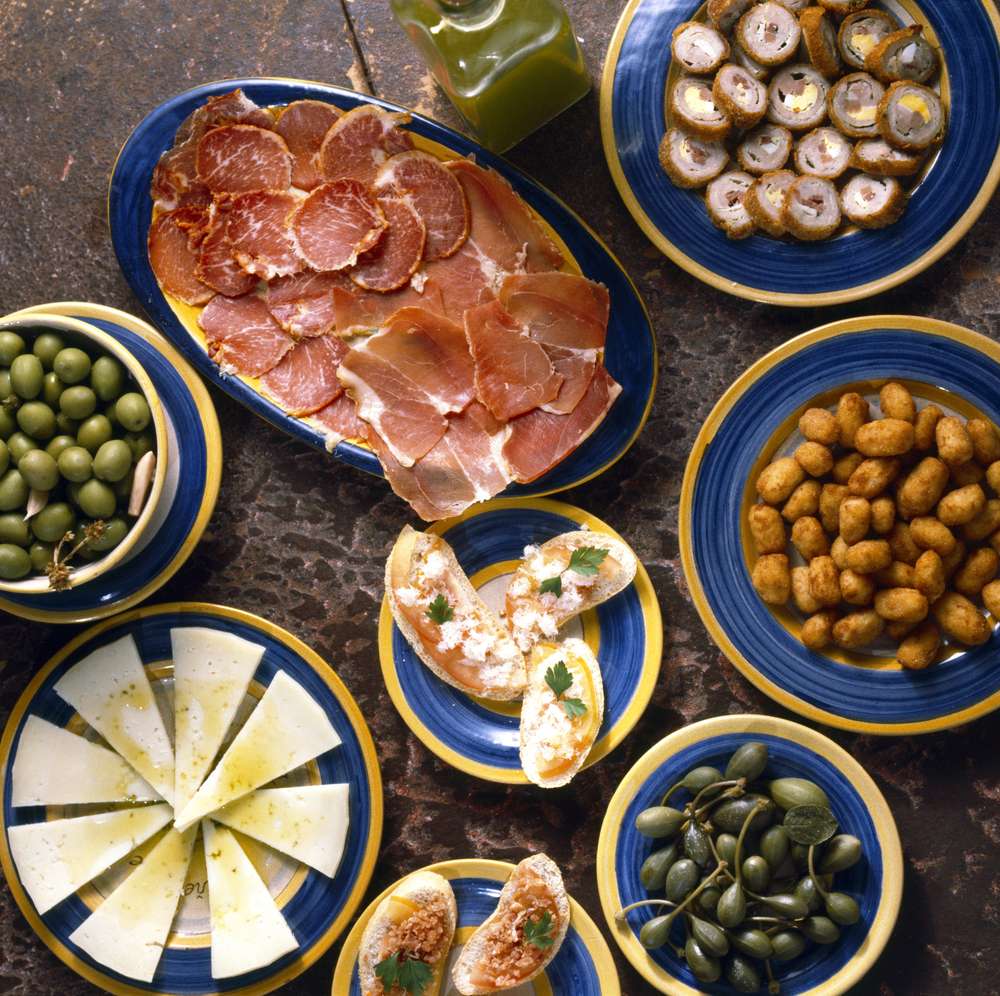 The lunch (la comida) falls during the siesta and is the most comprehensive meal - then the restaurants are full and waiters most often serve the “Menú del día” - an inexpensive daily offer. breakfast (desayuno) is economical - there is a coffee with a piece of pastry. The dinner Like lunch, (la cena) is traditionally a warm meal. Two courses and a dessert (postre) are common.

The bar: the dirtier the better

If you get hungry in between, you can visit a bar. Tapas are available here around the clock. The Spaniards come by for a so-called morning coffee and afternoon break (between 5 and 7 p.m.) for a snack - and preferably in the evening. The bar is an important social institution in Spain. This is where people meet, talk to each other and exchange news. Plus there is tapas - with many drinks on the house. Bar hopping is popular - you move from bar to bar until the sun rises.
Don't be surprised about rubbish on the floor of a bar. Olive stones, napkins, crumbs - a lot of things that can fall down while eating are gathered there - not just accidentally. In a nonchalant way, the bar guest pushes the leftovers until they fall - after all, they don't have to lie on the table. Some say: the dirtier the floor, the better the bar.
Who one cola If you want to drink, it is well advised to ask precisely for a Coca Cola or Pepsi Cola. If you only order “Coke”, you order a “tail” - Coke is the Spanish word for tail. 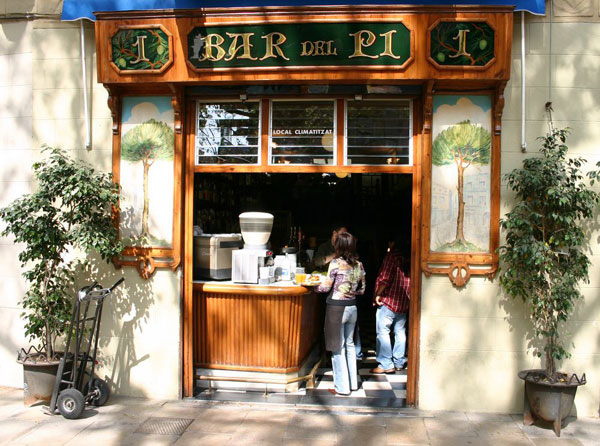 The bar: meeting point at any time

The men greet each other with a handshake, women greet each other with a double, breathed kiss on the cheek - first the right, then the left cheeks touch. Men also greet women with a kiss on the cheek. The kiss is unusual for business meetings.
The official speech reads: Señor or Señora plus surname. The use of “you” is more common in Spain than in Germany. A little more "you" than in Germany, but not as pronounced as in America. In summary, one could say: the higher the social rank, the more appropriate it is to be addressed with “you” in Spain.
The title "Señorita" is out of date - comparable to the German Fräulein.

Generally speaking, Spaniards value stylish, elegant and, above all, well-groomed clothing - more than Germans, for example. You hardly meet seasoned men in shorts, T-shirts and sandals. They wear long trousers and closed shoes. This also includes a well-groomed haircut. “Conservative” is still very popular here. But as everywhere in Europe, there are manifestations in different directions in Spain and clothing is often an expression of milieu affiliation or political stance. The younger generation in particular is less strict about clothing labels and prefers casual clothing, which is often alternative in the big cities, including a Rasta hairstyle. Tourists always identify themselves as such when wandering around in shorts and sandals. It is important not to be branded as a tourist at first glance and pays attention to "solid" clothing. In doing so, you respect the Spanish lifestyle as well as cultural or religious institutions. Flip flops on the beach are fine, but not in churches, restaurants, or bars.

The siesta: please do not disturb!

The classic siesta time is from 2 p.m. to 5 p.m. - during this time you don't make appointments or call anyone. During this time, the Spaniard lies down on his ear and rests. However, it is no longer quite like that. The siesta, as it is in the book, is only known in rural areas, on the islands and in southern Spain, because it is actually too hot there at lunchtime to pursue even the slightest occupation. The big cities have long since adapted to the Central European rhythm. Global department store chains such as HM or Zara can hardly afford a 3-hour lunch break. In contrast to many offices. They are still closed at lunchtime.
So better consider the siesta times, no matter which region of Spain you are in and postpone your concerns to the time after 5 p.m., also out of respect. However, there is one thing most Spaniards do not want to miss during their lunch break: plenty of time for good and extensive food - unthinkable: a meal to go!

As a guest: punctual is 30 minutes late!

Punctuality is not a Spanish virtue - delays are part of the appointment. About 30 minutes are perfect. Schedule this, both as a guest and as a host.
It tastes great and you don't want to waste a bite? Caution: Empty plates mean you are asking for more. It is proper to always leave a residue as a sign that you are full.
Favors are welcome. For example a good bottle of wine, nicely packaged chocolates or sweet pastries from the pastry shop. The hostess is also happy to bring flowers. But steer clear of chrysanthemums: they are considered cemetery flowers.

Conversations: the louder the better!

As in any country, there are delicate topics of conversation in Spain. Spaniards do not like to be asked about their love for Bullfight, the monarchy, the time of the Franco dictatorship or religious rites. Basques and Catalans don't just want to be called Spaniards. These regions have been striving for independence for years and are proud of their culture and language. (The Official languages in Spain are: Catalan, Galician and Basque.)
Only go into a discussion on the topic if you are well prepared Soccer. The Spaniards feel hot admiration for their clubs and cheer up all attackers as if it were about their honor. Conversations about soccer can prove to be a real explosive, but they can also be a great way to start a conversation. Just congratulate yourself on being a world champion and you'll be one of them.

On the subject Volume: Do not be surprised or complain about noise. You will not be understood. The noise tolerance in Spain is far above the German one. Noise is part of good form. People like to talk loudly, gesticulating and in wild confusion, knowing full well that others are unwillingly listening. Children are allowed to screech without their parents receiving punitive glances and when the garbage disposal thunders empties the bins in the early morning hours, most of them only perceive it as background noise. 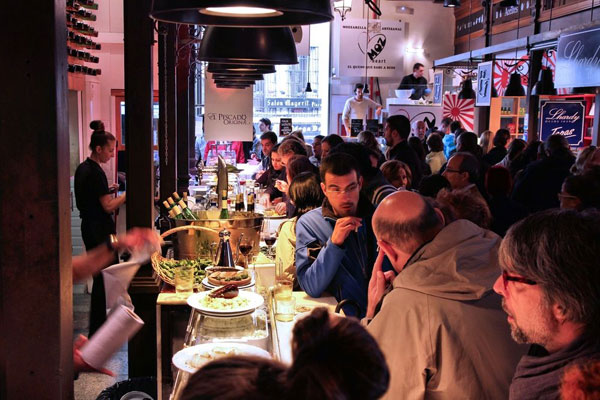 Artfully and skilfully piled up mountains of fruit Markets or in greengrocers to tempt you to grab it. Better not do that. The Germans' scramble for the perfectly red tomato, the apple without a brown spot and the grape without a dent is reflected in the Spanish. It is not appropriate to pursue your own love of order with bare hands inside fruit crates. In Spain the greengrocer will serve you and plastic gloves are available in supermarkets.

The alcohol level allowed behind the wheel in Spain is included 0.5 per mille. For drivers who have had their driving license for less than two years, 0.3 per mil applies. Staggering through the streets drunk will worsen your wellbeing. That way, it's easy to lose the respect of others.

The most beautiful beaches in Spain: This is our ultimate top 10