Have you ever missed a death sentence

The number of known executions is falling significantly - but not everywhere

The number of documented executions worldwide fell by more than a quarter in 2020, to the lowest level since the statistics began in 2007. According to the annual statistics of the human rights organization Amnesty International (AI), the death penalty was carried out at least 483 times in 18 countries. Enforcements were also suspended because of the corona pandemic.

Three times as many executions as last year in Egypt

The number is still "alarmingly" high, in some countries even more people were executed than in previous years. According to the Amnesty report, the four countries Iran (246), Iraq (45), Saudi Arabia (27) and Egypt (107) were responsible for 88 percent of all known executions. Three times as many people were executed in Egypt as in the previous year. At least 23 people were sentenced to death there in connection with political violence. Some death sentences were based on forced "confessions" or despite other serious injuries, including torture and enforced disappearance.

In addition, the Asian countries India and Taiwan as well as the Gulf states Qatar and Oman have resumed the execution of the death penalty. The numbers range between one and four executions per country.

The country with by far the highest number of death sentences does not appear in the Amnesty report. Executions in China are subject to state secrecy and precise documentation is not possible. Based on the limited amount of data available, AI estimates that several thousand people were killed by judicial order, more than the rest of the world combined. 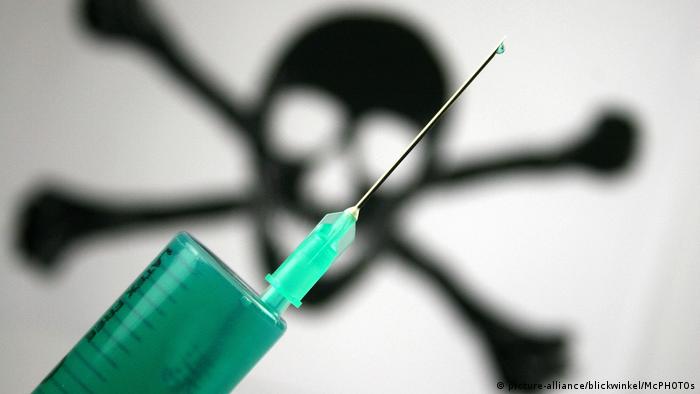 There are lethal injection executions in several states (symbol image)

"Executing people in the midst of a global health crisis underlines the absurdity of the death penalty," said Amnesty's Germany boss Markus Beeko, referring to the corona pandemic. Of the roughly 200 countries in the world, 108 have abolished the death penalty by law and a further 36 suspended it. In the meantime, 123 of the 193 member states of the United Nations supported the UN General Assembly's call for a moratorium on executions. There are more countries than ever before. "This increases the pressure on countries that continue to adhere to the death penalty," said Beeko.