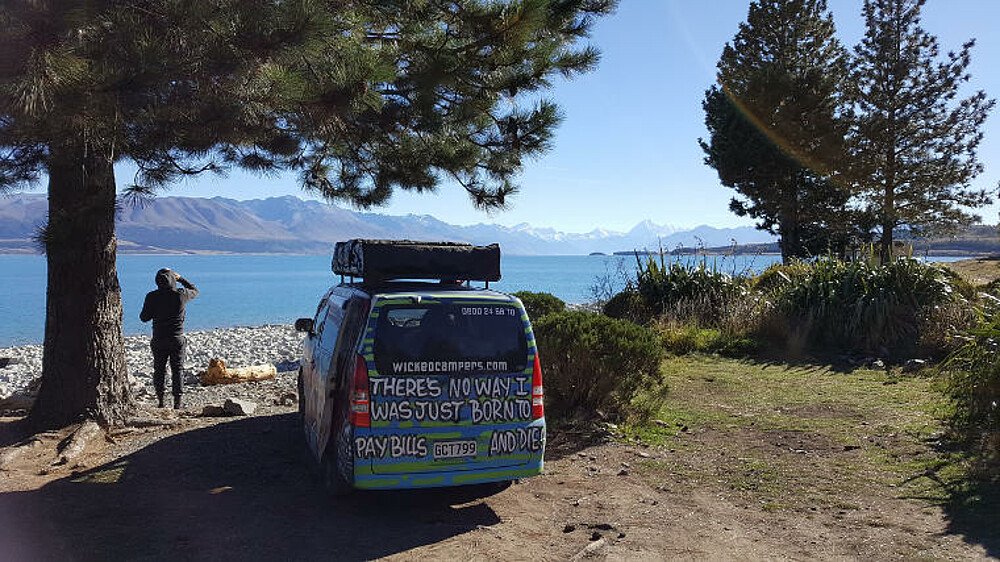 In this field report I give my experiences and impressions, which I gained during my semester abroad at Monash University in Melbourne, Australia. When planning this semester abroad, I turned to the Ranke-Heinemann Institute (IRH), which supports students in planning stays abroad. In the following section I explain to what extent the IRH helped me with the application and planning and what makes it the best institution of its kind in Germany. In retrospect, I am convinced that I would not have been able to get the semester abroad off so smoothly without the help of the IRH. In addition, the IRH offers the Study grants down under , a support program that covers 5-10% of the tuition fees for one semester at an Australian or New Zealand university - and that also for postgraduate students. For inclusion in this funding program, the writing of an experience report is a prerequisite.

I made the decision to spend a semester abroad when I started my master's degree at the Technical University in Hamburg. The destination of my dreams has always been Australia, as I am enthusiastic about the diverse culture and unique nature there. In addition, many experience reports from friends have confirmed this idea. The IRH gave me great support throughout the preparation process. I chose Monash University because it is one of the largest and most prestigious universities in Australia and has received excellent reviews, especially in the field of engineering. Of course there are some things that you have to prepare for a semester abroad. Applying for a visa is a bit time-consuming, but uncomplicated. Proof of English skills is also required - a DAAD test was sufficient and the cheapest option. The long application process was super supported and simplified by the IRH. Only the choice of courses was problematic, as Monash University has very clear ideas there and often did not recognize the choice of course. Other advantages that I was able to enjoy through the IRH were the opening of an account with the ANZ Bank from Germany, as well as good flight offers from the partner STA Travel. You should also get an international driver's license in Germany if you want to rent or buy a car in Australia.

Before I left, I decided not to live on campus, but to look for an apartment on site. I arrived in Melbourne two weeks before the start of the semester and initially lived in an Airbnb. During this time I looked for permanent accommodation for the semester through various portals (Facebook, Flatmates.com.au). The offer is large, but it was difficult to find an apartment that corresponded to the price and space requirements. In the end, I found very good accommodation, which at AU $ 160 per week was cheaper than the on-campus accommodations (from AU $ 220 per week). Here I lived in a large “shared house” with many international people who were either students or work-and-travelers. This experience of living together with people from Spain, Ireland, France, Italy, Norway and Israel was one of my best experiences of the stay abroad. I thought it was nice to see how quickly we developed into a community, despite our different origins, in which we regularly did things together, or cooked, ate or went to a movie night together. The house was located in the Caulfield district and thus formed a compromise between proximity to the university and the city center.

Monash University has two campuses, which are east of the city center (CBD). One campus is in Caulfield, about 10 km from the city center, and one in Clayton, about 20 km from the city center. A free shuttle bus runs regularly between the campuses, so that I could easily commute from Caulfield to the university in Clayton. I also bought a second-hand bike, because as a postgraduate student you don't get a discount on the Miky Card (for public transport) and daily use of public transport is quite expensive. The transport system in Melbourne consists of the train, bus and tram (streetcar) and is very well developed close to the center. Another convenient and convenient form of transportation is Uber.

In general, it can be said that life in Australia is very expensive. Leisure activities, restaurants or other luxury goods can quickly put a strain on the account. It is therefore always advisable to go shopping conscientiously, e.g. at Coles, Aldi or Kmart. For leisure activities you should always look out for offers, e.g. via internet portals such as bookme.com.au.

Melbourne is characterized by many beautiful districts, each of which has its own charm. Again and again you will find large parks or lively streets with many different cafes and bars. The city center is particularly characterized by the countless skyscrapers and the widespread street art and always offers enchanting sights. Further highlights are the botanical garden and the beach in the popular St. Kilda district. Melbourne also offers a variety of art and culture in the form of museums and festivals.

Melbourne is also known for its high affinity for sports. In the Australian Football League (AFL) alone, Melbourne has nine of the 18 teams in the league. AFL is one of the most popular sports in Australia alongside rugby and cricket. Attending an AFL game is definitely a must when in Australia. Even if you are not particularly familiar with the rules, it is an absolute experience. Fortunately, during my semester abroad, the Grand Prix from Melbourne in Formula 1. The university offered free tickets for free training, which of course I didn’t miss.

I only studied on the Clayton Campus. The main campus is somewhat reminiscent of an American university with lots of modern buildings and green spaces. In the campus center you will find a large selection of food offers, but these are sold at normal prices. Unfortunately, there is no cafeteria as you know it from German universities. Furthermore, the campus offers small supermarkets, numerous BBQs that take place almost every day and a large sports center with a wide range of sports facilities. However, even these are not included in the tuition fees and are therefore usually associated with high costs. The university offers many separate study rooms, especially for postgraduate students, which are well equipped with kitchens, refrigerators and water dispensers and in which you can always find a place to study.

Monash University has its own app that makes orientation on campus much easier. The introductory week is definitely to be recommended, as you can quickly and easily establish contact with other international students there and numerous evening events are organized for exchange students.

I took three modules during the semester. For each of these modules there was a final exam at the end of the semester. In addition, performance in the form of essays or reports was required during the semester. In the course of a module there was a group project that extended over the entire semester. The group consisted of two Germans, one Chinese and one Indian. We met regularly inside and outside the university and benefited from a good learning atmosphere, so that we always had the necessary fun with the project. Here, too, it was nice to see how the different cultures quickly make friends with one another. We have taught each other a lot about our different ways of life and ways of life.

Compared to my university in Germany, I can say that the course and level did not differ much. If you want to have the courses credited at your home university, you should definitely clarify this with the university beforehand by presenting the content of the modules to the person responsible for the subject and having them approved so that if they are passed, they will also be recognized in Germany.

The main attraction of a semester abroad is of course traveling to get to know the country, its nature and its people. The Melbourne area offers some great opportunities for weekend getaways. Particularly recommended are the Wilsons Promontory and the Grampians National Park, as well as the world-famous Great Ocean Road. Often day trips to these places are offered, but it is much better to rent a car with friends and do the tour yourself. You can take a lot more time and are not in large packs of tourists. Plus, there's nothing like camping in the wild under the clearest starry sky you've ever seen. Other destinations for day trips were Philipp Island, which is known for its beaches and penguins, and Lake Eildon, a huge lake surrounded by pure nature, where you can spend a nice day on the boat.

For longer trips after the semester or during the semester break, Tasmania, New Zealand or other cities on the east and west coast of Australia are ideal, as well as of course Ayers Rock (Uluru). Bali and Fiji are also popular holiday destinations for Australians. During the summer vacation I went on a two-week trip to New Zealand with two friends, during which we toured the South Island in a camper van. This trip was unforgettable, we saw a lot, hiked national parks and marveled at beautiful views. However, two weeks is not enough as New Zealand simply has too much to offer.

Since the student visa is still valid for one month after the end of the semester, I used the time to travel to the east coast. I flew to Brisbane and then did a road trip to Cairns, where I spent ten days before going to see Sydney for a couple of days. The highlights of these trips were Fraser Island, the Whitsunday Islands, Magnetic Island, Seventeen Seventy - a small, dreamy place on the east coast - and the Blackdown Tableland National Park - an absolute insider tip.

The experiences I made during this trip and during the entire semester abroad are indescribable and, above all, priceless. I got to know countless people and places and started a - albeit entertaining - new life in a completely new environment. Especially at the beginning, the IRH helped me tremendously to make this semester abroad possible and I would like to express my thanks again here. I would do it the same way over and over again!