How is NGO helpful

Working for the environment at Greenpeace, fighting for human rights at Amnesty International, or helping the sick around the world at Doctors Without Borders: With several thousand non-governmental organizations around the world, there are many opportunities and career prospects for young people.

Anyone who works for a non-governmental organization can travel internationally.

Many young people find it attractive to work for non-governmental organizations (NGOs) - the political scientist Christiane Frantz knows: “Because NGOs do not work for profit, but offer social added value that is based on many of the values ​​of young people who are often looking for a meaningful activity. "
NGOs are civil society actors such as associations, initiatives and organizations that, as defined by the Federal Agency for Civic Education, usually campaign globally for issues such as environmental protection, social justice and human rights. According to figures from the Union of International Associations, there were almost 9,000 NGOs worldwide in 2015. 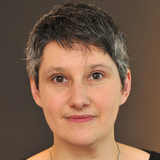 Christiane Frantz, professor at the University of Münster, is familiar with NGOs and has written a book on the subject: “Careers in NGOs - Politics as a job beyond the parties”. She points to other reasons for the attractiveness of these organizations as employers: “Working for an NGO is highly regarded in large parts of our society.” The international field of work associated with it is also interesting.

“As a rule, these organizations are primarily looking for academics,” explains the professor. Political scientists, sociologists and communication scientists, for example, have good chances.

Possible areas of application are in the area of ​​political interest representation, in collecting donations (fundraising) and as specialist speakers for campaigns. In the concrete implementation of projects, on the other hand, more technical experts are sought, for example in agricultural projects in developing countries. We are looking for, among others, agricultural scientists and engineers, climate scientists, biologists and specialists in other technical disciplines. Lawyers are involved in the subject of human rights, medical professionals can get involved with “Doctors Without Borders” and journalists with “Reporters Without Borders”.

Knowledge of English is a must

Since NGOs operate internationally, very good knowledge of English is an important prerequisite, other foreign languages ​​are helpful. It depends on the sum of the specialist qualifications as well as the interest and suitability for the field. Did you get involved in initiatives during school or studies? Christiane Frantz knows that NGOs attach great importance to this kind of extracurricular and extra-university engagement. Interest in the specific topic of the NGO and in the globalized world is essential.

Schoolchildren can, for example, gain their first professional experience with an NGO through a voluntary social year or the federal voluntary service. However, one should make sure that it is a reputable organization - a good indication is, for example, whether the organization is listed on the German Donation Seal

An important personality trait that applicants should bring with them is psychological stability, explains Christiane Frantz: "What is needed here are stable personalities, as you are often deployed in crisis areas or during disasters."

Foreign assignment only after a few months

The tasks at NGOs are diverse. For example, “campaigners”, “social media managers” or “influencers” try to put the specific topics of the organization on the agenda of the media, politics and society. In technical and project work, there are often speaker positions who build up a high level of expertise in their respective subject area.

Only after a few months do you go abroad - if at all - because many NGOs work with employees on site. One should be clear about the fact that the pay with NGOs is significantly lower than with profit-oriented companies: "You can orientate yourself on the collective agreement for the public service," says Christiane Frantz.

The network for professions of the Federal Employment Agency with over 3,500 detailed job descriptions in text and images

Non-profit, non-governmental research institute and documentation center operating under the mandate of the United Nations