Why did inflation occur in the 1970s?

Great Britain shows that having its own currency and the possibility of devaluation do not protect against economic problems. Sometimes the existence of a separate currency tempts economic policy mistakes.

The 1970s were the decade of economic decline in Great Britain with inflation rates of up to 26.9 percent *), consumptive productivity and rising unemployment. The country went through a severe crisis, but experienced an upswing from the 1980s, which is not least linked to the policies of Prime Minister Margaret Thatcher. Like other countries, Great Britain was hit by the financial crisis in 2007. The economy has not been running properly since then. Six years after the crisis erupted, serious people on the island are wondering whether Britain is about to fall back into a malaise like the 1970s. 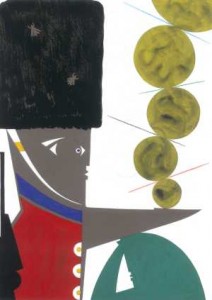 A common explanation for the UK crisis is that it is largely the result of insufficient aggregate demand. This analysis is associated with names of economists such as Paul Krugman (for example here) or Nouriel Roubini. According to this reading, the - actually not very extreme - austerity course of fiscal policy is completely wrong, the monetary policy, which is characterized by very low key interest rates and extensive bond purchases by the Bank of England, is not expansive enough and the devaluation of the pound that began in 2008 is not sufficient. This is how it can go: Great Britain recorded a decline in its exports in 2012 despite its own currency, while exports in the euro crisis countries Spain and Portugal rose.

The economist Richard Koo from the Nomura Institute offers a variation on the topic of weak demand with reference to a balance sheet recession: As a result of a real estate boom, private debt is too high and banks are too weak. Since the private sector has to pay off debt, even very low interest rates do not stimulate the demand for credit. In Koos' view, the state must ensure the lack of overall economic demand through an expansionary financial policy. According to this reading too, the current UK fiscal policy would be misaligned.

But what if these explanations, which are mainly geared to macroeconomic demand, were wrong or at least one-sided? Then one would come to a completely different explanation of the British malaise, which actually shows approximations to the situation of the 1970s, even if the excesses of that time such as double-digit inflation rates are unlikely to be achieved again. **) Such a scenario has recently been discussed controversially in the “Economist” (here and here) and in other British media; The reasoning summarized the chief economist of the British bank HSBC, Stephen King.

The starting point of this argument is the unsatisfactory development of labor productivity in Great Britain from a long-term perspective, which began before the financial crisis and can also be observed in continental European countries. Labor productivity in Great Britain has not increased at all in the past three years; in the third quarter of 2012, it even fell by 2.4 percent compared to the previous year.
One reason for this, according to King's observations, is the fact that many companies, in the hope of an economic recovery, will retain a large number of employees in the foreseeable future who currently do not need them at all. Such artificial overemployment is therefore not only a phenomenon that is currently observed in countries with rigid labor markets.

King recalls the situation in the 1970s when state-owned companies in Great Britain had to keep staff that they didn't need at all; in a way they became part of the welfare state. The artificial employment that can be observed again today is jeopardizing the long-term competitiveness of Great Britain, believes the economist. As in the 1970s, people trust that expansionary monetary policy and currency devaluation will lead the economy out of a mess and forget about the problems that are created on the supply side.

King's devastating assessment reads: “Loose monetary policy has kept borrowing costs down, but it has also kept zombie companies alive that would otherwise be hit against the wall. The weakness of the pound sterling may have done a similar thing, allowing inefficient companies to continue operating their inefficient business models. As these companies survive, the likelihood that efficient new companies will gain in importance is reduced. ”This policy is reminiscent of the practice of the 1970s to support the state-owned companies of the time. If productivity does not rise again, it will not be long before unemployment begins to rise significantly.

King recalls that in the boom years prior to 2007 jobs were created primarily in construction, finance and the public sector. However, one should not put much hope in these industries today. In a country like Spain it is actually not that different. Rather, it appears, as the Wall Street Journal writes, that new jobs in the UK are most likely to be in "old" low-productivity industries such as trading and manufacturing simple products.
This analysis shows that in economic crises, which are also structural crises, the beneficial effects of monetary policy or the choice of currency or exchange rate must not be overestimated. If companies and individuals have poor assessments of the economic outlook, even an expansionary monetary policy will not ensure brisk credit demand.

Anyone who wants to generate exports with a devaluation and at the same time prevent an increase in their bond yields has to house as many of their own government bonds as possible domestically (because foreigners are likely to demand a risk premium on the yields due to the devaluation potential of the currency). So it is not surprising that, measured by gross domestic product, no central bank in a larger country buys as many bonds as the Bank of England. Government bonds with a term of thirty years are imposed on pension funds with corresponding regulations.

“We used to think that you could spend your way out of recession and increase employment by cutting taxes and boosting government spending. I tell you in all candor that that option no longer exists, and in so far as it ever did exist, it only worked on each occasion since the war by injecting a higher dose of inflation into the economy, followed by a higher level of unemployment as the next step. "

*) An interesting analysis of the inflation in the United States and Great Britain at that time comes from Nelson.

**) The inflation rate in Great Britain is currently just under 3 percent; the unemployment rate is 7.8 percent. This link to a work by the “Guardian” provides interesting figures on national debt.

***) Whereby the current situation does not have to be dramatized: After the rating agency Moody's downgraded the British creditworthiness by one grade (FAZIT reported), the rating agency Fitch is now threatening to take such a step. That is certainly a warning shot, but there are many countries that would be happy with the second-best rating.

A shorter version of this article was published on March 24, 2013 as “Sonntagsökonom” in the Frankfurter Allgemeine Sonntagszeitung.

Back to the seventies

Great Britain shows that having its own currency and the possibility of devaluation do not protect against economic problems. Sometimes the existence of one's own currency tempts economic policy mistakes.