Why do people play Counter Strike

These are the reasons why shooter games are fascinating 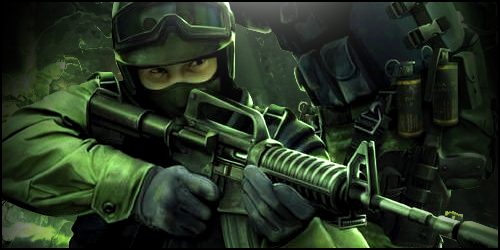 Counter Strike certainly tops the list among the big shooters. The original title appeared in 2000 as a further development of a mod for Half Life. Due to its game concept, the game was able to attract a loyal fan base right from the start. True to the "robber and gendarme" principle, there are two factions. On the one hand there are the terrorists, whose aim is to successfully detonate a bomb at specific points on the map, while the other players slip into the role of an anti-terrorist unit that has to prevent exactly that. Counter Strike's popularity has given rise to an entire series of games.

The latest title is Counter Strike: Global Offensive, which is equipped with modern graphics and the proven source engine. However, CS GO was able to owe its very special breakthrough to two factors. On the one hand, the game series has proven to be the ideal e-sports title, as the game concept allows ideal competitive conditions. This also led to the game's rise in the betting industry. As in other sports, it has become quite normal to be able to place CS GO bets at esports events. The betting options have of course brought new interested parties closer to the game and increased the fan base even further.

Call of Duty is also a popular game series that can also be found in esports, albeit on a smaller scale than Counter Strike. The biggest feature of the CoD series, however, are extensive single player campaigns with different stories and backgrounds. But both CS and CoD practically concentrate on a pure infantry aspect. However, the Battlefield series offers players the opportunity to fly tanks, boats, helicopters and planes on large multiplayer battlefields. The next part of the series is planned to be Battlefield 5 and will take place during World War II. For the first time in the series, there should be a battle royale mode. With this, Battlefield wants to jump on the success of games like Playerunknown's Battlegrounds.

PUBG has managed to approach the shooter genre from a completely new perspective. While CS, CoD and Battlefield were all about scoring as many points as possible and eliminating opponents, PUBG focused on the aspect of survival. There is no way to re-spawn after being neutralized. The game is won by players or teams who manage to be the only survivors at the end of the game. This game concept sparked such hype that PUBG was able to dominate the steam charts for months. The Fortnite offshoot, which is increasingly competing with PUBG, also benefited from this success.
If you look at all of these games, it becomes clear that the different game features appeal to different target groups. But they all owe their popularity to the fast and action-packed focus.