Why do some countries not sell horse meat?

In ready-made lasagne there was not only beef, as stated on the package, but "up to one hundred percent horse meat" - the British ...

The ready-made lasagne contained not only beef, as stated on the package, but “up to one hundred percent horse meat” - the British food authority had to announce this a few days ago. Since then, the wrongly declared ready-made meal has made it onto the front pages several times in Germany. There is now talk of an international conspiracy: The trail leads to a French supplier of the frozen food manufacturer; who in turn claims to have got the meat from Romanian slaughterhouses.

Imagine if the British food inspectors did not find horses in beef lasagna, but chicken or sheep. Would the excitement have been just as great? Such a falsification would hardly have aroused enthusiasm. But whether a conference of EU agriculture ministers would have been convened, as is the case now? Probably not.

Horse meat has a special role. Its consumption is taboo, but it is also a risk food. Horse meat is rejected in many European countries. Significant quantities are only produced in Italy, France, Belgium and Spain. Then Germany follows with almost 3000 tons (in 2012). Trend: actually falling in most countries.

But the Germans are not alone in their dislike. The British in particular are very skeptical about horse meat. And even countries like Iceland, where a comparatively large amount of horse meat is consumed today, can look back on a long history of renunciation and prohibition and to this day struggle with divided feelings. 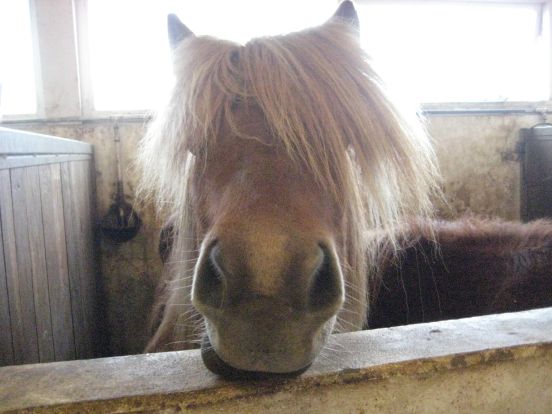 But is it only such culturally grown likes and dislikes towards food that justify the EU ministers now meeting for advice? Which make it understandable that German supermarket chains such as Edeka are now checking their product range?

Culturally anchored rejection alone would probably not be enough. Horse meat is also about something else: consumer health protection. The special role of the horse is to blame for the special role of horse meat. It is in a gray area: On the one hand, unlike dogs or cats, it is considered a "food-delivering animal" before the law. It can be slaughtered and its meat can be marketed. On the other hand, it is a companion, a "hobby animal", a cuddly toy sometimes even, a family attachment similar to a cat or an ornamental bird. If such a family member, a friend with whom a person has a bond, gets sick, then everything is often done to make him healthy again. Horse owners who do not see a food supplier in their animal also want to be able to access medicines in such cases that are prohibited for other food-supplying animals - for example because one is not sure whether the underlying substances will remain in the animal's body and, for example, one day they will cause cancer can be with him who eats meat from the animal. Such drugs are simply forbidden in cattle and pigs.

For horses, the legislature has found a special solution across Europe: the so-called equine passport or horse passport. Since the year 2000 every horse has to have such a certificate. The keeper may note in it and thus record once and for all whether his animal should one day be intended for slaughter or for killing, which means euthanasia. In the second case, this opens up the possibility of using a much larger arsenal of drugs, just as with dogs, cats and guinea pigs - if necessary. To declare a horse “not for slaughter” is irrevocable. A horse for slaughter, on the other hand, can be redeclared as a “non-slaughter horse” at any time.

The introduction of the equine passport was not without problematic consequences - at least for some keepers. The Animal Welfare Act forbids killing an animal without good reason. Wanting to eat the meat of animals is considered a "reasonable reason". In the case of horses that have received the status “non-slaughter horse”, there is no possibility to state this reason. If a horse owner wants to get rid of a chronically ill horse, this is no longer always possible. In principle, a veterinarian would then have to certify that the animal is suffering severely in order to be euthanized - but severe suffering is by no means the case with every chronic equine disease. Nevertheless, a study by the Free University of Berlin a few years after the introduction of the equine passport showed that at least 40 percent of around 200 German horse owners surveyed preferred to make their horse “not for slaughter”. Around 20 percent had given their horse the status of slaughter horse, the rest was still undecided.

Now in the British-European horse meat scandal, nobody knows where the meat comes from. In this respect, there is a very good possibility that horses were slaughtered that had long been declared as “non-slaughter horses” and that were possibly also treated in this way for years from a medical point of view.

A few other peculiarities also make the horse a special case as a "food-delivering animal" - and a risk. For one thing, the horse's kidneys and liver are not allowed to be marketed as food. They store large amounts of harmful cadmium; the substance sometimes gets into the animals' muscles. In addition, the horse is the only livestock that is fairly common in our country, besides the pig, that can get trichinella. The muscle worms encapsulate themselves in the meat of the animal and can also infect humans through consumption. After slaughter, samples of the muscle meat of horses must therefore be examined for the parasites. Because it is still not clear where the meat in the British case comes from, nobody knows whether all the prescribed tests, for example for trichinella, have even taken place. In France and Italy in particular, people have repeatedly been infected with trichinella from eating horse meat in recent decades. Heat renders muscle worms harmless, but in both countries it is often common to serve horse meat raw or slightly heated. In 1985, 650 people fell ill in France, more than 500 in Italy in 1990, and 400 in France in 1998; there were other minor epidemics. In most cases the horse meat came from Eastern Europe.

Horse meat, a food at risk: the background to the outrage