Guest comment: Much cheap self-praise for the 70th anniversary of the PR China

On the 70th anniversary of the founding of the People's Republic, the Communist Party proudly refers to the rise of China to become the second largest economy in the world. In other key figures, too, China is ahead, with some even in first place: foreign currency reserves, kilometers of track for high-speed trains, the number of smartphones in use. Many such records, however, can be explained by the sheer population of China, not by the extraordinary achievements of its leadership.

And if you look at the economic power per capita, the picture is also less flattering: According to the IMF, Taiwan ranks 14th in this category, Japan 28th, South Korea 29th. The People's Republic, on the other hand, only ranks 73rd.

What about the Chinese Communist Party's (CCP) claim that it "lifted hundreds of millions out of poverty"? This claim is a falsification of what actually happened. Since the early 1990s, hundreds of millions of Chinese have freed themselves out of poverty through long working days with poor pay, without union or legal protection from independent courts (a very attractive business environment for multinational corporations!) - and at the same time made the communist elite very rich . In 2018, the wealth of the richest 153 Chinese "representatives" at the national level was around 650 billion US dollars, which roughly corresponds to the economic strength of Switzerland. 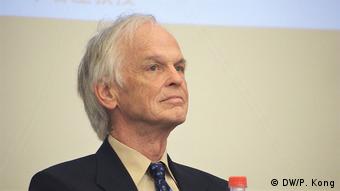 The ominous legacy of the Mao era

The fact that China's official language and reality have nothing to do with each other is of course nothing new. Hardly any Chinese will try to get a comprehensible meaning from Xi Jinping's sentences such as "We are unwaveringly adhering to socialism with Chinese peculiarities". Because everyone knows what the sentence actually means: "Shut up and obey the party!"

This politically contaminated use of language is a bad legacy of Mao Zedong and his Cultural Revolution. But Xi Jinping and the CCP cannot stop. Xi needs Mao as a role model and help for orientation, he has not found any other programmatic suggestions to this day. As is well known, Mao whipped Chinese society into a delusion of nationalist overconfidence, coupled with the demand for global leadership. This madness, which brought great human suffering and millions of deaths, failed in the chaos. Most Chinese therefore vowed: Never again! 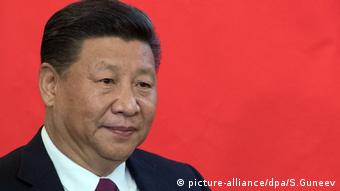 Xi Jinping: Does he feel the dangers of his concentration of power?

China again in its national exuberance

But now, four decades later, the official China sees itself on the way to "number one" again, the Chinese "special features" are being celebrated again. The proud technological achievements of recent times include the widespread use of surveillance cameras with artificial intelligence for face recognition, as well as a national database in which the reliability of citizens is recorded with social points.

Will Xi's delusional project succeed? That would be a bad result - for China and the world. But failure would also be frightening: How long would the resulting chaos last, with what global effects? Can there be a peaceful middle ground to a human China? The Chinese who are working on it have little influence. 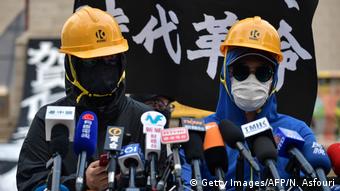 What will the Hong Kong messages do in Beijing?

Weakening through concentration of power?

Even if the CCP's rule appears strong on the 70th anniversary of the founding of the state, it is worth taking a closer look at the current situation of its leader: Xi Jinping has to contemplate the democracy movement in Hong Kong, Trump's trade war, a swine flu epidemic that is affecting everyday life of the Chinese, as well as the gradual decline of the Chinese economy. And if you concentrate power in all areas, as Xi did, you will be held responsible for all problems.

In China's communist tradition, leaders who have made mistakes are often behind bars. Their families are then not protected either. Even Mao's widow went to prison after his death.

A few days ago, the editors of the CCP theory magazine "Qiushi" ("Finding Facts") did something strange: They published a speech by Xi Jinping in 2014. At that time, Xi emphasized that a healthy political system needs "an orderly change of leadership." . It is well known that four years later, Xi abolished the limit on the term of office of the state president. Whatever the release may mean, if Xi had any doubts about his decision from last year, the reasons for it are not difficult to guess.

Perry Link is Professor Emeritus of East Asian Studies at Princeton University and one of the leading American sinologists. He is co-editor of the 2001 "Tiananmen Papers".