Should be designed by a front-end developer

Become a front-end or back-end developer: which suits you better? 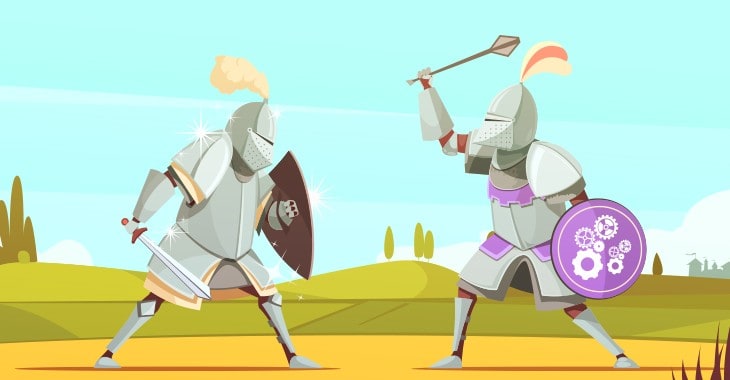 In this article you will find everything you need to make a decision and what you should consider in order to be successful in your new job. I'll talk about the technologies involved, the types of work, and typical tasks you will have to deal with.

While both of these specializations fall under the heading of "web developer", it will be the case that if you choose one, you will likely be locked out of the other side forever. Unless you decide to become a full stack developer.

The first thing we should look at in our comparison is what each of the two sides is actually doing. It's not that difficult at all, because although both fall under the same area, they couldn't be more different.

How do websites work?

To explain that, I'll take Amazon.de as a perfect example. Imagine that you are an Amazon customer and want to buy a new book. You see the search bar, enter the title of the book, click on the magnifying glass symbol and you will get a list. Then you select the desired product, open the product page, click on "Buy", enter your data and the desired shipping method - that's it!

It is much more complicated than it looks at first glance.

What was created by the frontend and what by the backend developer?

Everything you see on Amazon's site was created by front-end developers. The buttons, product lists, product pages, checkout ... everything.

But - all of these elements only work because of the system developed by the backend people. You're using the search bar that a front-end developer created, but the results are generated using search algorithms that were created from a database by a person in the back-end.

If you want to create a new website, it's never front-end versus back-end. Frontend and backend developers are always in common.

Essentially, front-end developers create everything that is generated in your web browser or on the client side. Backend developers, on the other hand, create server-side systems with which everything works that the frontend developer has come up with.

A day in the life of a frontend developer

What better way to choose one side of web development than simply immersing yourself in life for a day? Probably not.

Let's assume you are a front-end developer at company X, which has its own trendy online skateboard shop. This company has a team of UI / UX designers, front-end and back-end developers, and system administrators.

For example, if you're a front-end developer, your day starts around 9 a.m. You come to work, get them a cappuccino with a lot of foam and first go to the meeting with the web designers to discuss their latest idea about an improved appearance of the website.

If the changes have been approved by the boss, it is your job to recreate approximately 60% of the website's front end. When presenting the new design, you can't help but be excited. It is fully responsive (a really important feature on the website) and looks better than anything you've ever seen before, full of animation and parallax images. Building this will be a real challenge.

That is the dream scenario. In reality, you will likely be upset because the previous version worked fine, looked good, and this new redesign is months of work for you. And programmers don't like unnecessary work.

A day in the life of a backend developer

Now let's take a look at the other side. Imagine that you are now a backend developer at the same company. Your day starts at the same time, but with a strong espresso, and you go to a meeting with the company's CTO.

He tells you that the competition's website provides more accurate search results and that it loads much faster itself. You discuss the problem and decide that it is necessary to improve the search algorithm while optimizing the server processes to improve the loading speed.

Now is the time for you to dive into your little programming cave and think about how you can best implement the changes. It's not an easy task, but you are determined that you can do it. It is like a difficult puzzle that will make your company a success. And you love to solve puzzles.

During the lunch break you will find out about the in-depth revision of the design of your website. You suggest that all images should be properly optimized, but don't waste too much energy on them either. As long as it doesn't slow the website down, that's not your problem.

Technologies you need to know

As we already know, it's not just front-end versus back-end, both sides work together. They should complement each other so that the entire website works on both the client and the server side.

There is, however, a distinct difference in the tools that front-end and back-end developers use.

Let's take a look at the frontend developer page first.

Tools such as HTML, CSS and JavaScript are essential for frontend developers. HTML is a so-called markup language. markup language), which is used to create the skeleton of a website. With CSS you have the possibility to tell the browser how everything should look like later. So it's a design tool. JavaScript is then used to add animation, transitions, and certain functions to screen elements.

You could build a website entirely with HTML, CSS, and JavaScript, but that's a lot of unnecessary work for an experienced front-end developer.

Various libraries and frameworks such as Angular.js, React.js, Bootstrap etc. help to streamline the process by using ready-made tools.

If you do not use such aids at the beginning, you will learn a lot more. Using guides may make your code stronger at first, but experienced developers will always be faster. It's best to get a mix of both.

Given the extremely fancy design of Company X's skateboard shop, a lot of custom scripts are required for everything to work properly. As an experienced frontend developer, you should make sure to save valuable time by using libraries like React.js and frameworks like Angular.js.

The frontend developer's toolbox is pretty straight forward. You can't necessarily say that with the backend developers.

The choice of the appropriate programming language depends on the requirements of the particular project and your level of knowledge. There are many popular server-side languages ​​such as PHP or JavaScript that can be used in the Node.j runtime environment with the Express Framework, Python, Ruby, C # or Java.

The peripheral technologies of the backend can also determine the language. For example, if your website is based on Symfomy or Laravel, you basically have to use PHP for programming. If you work with a Django framework, Python would make more sense and with the Express framework you are almost forced to use Node.js.

There are two main types of databases: relational and non-relational. The selection of the type determines which database system your project will use and even the programming language. By the way, the most well-known programming language for manipulating and managing databases is SQL (Structured Query Language).

Aside from the technologies used, your personality is just as crucial when deciding on a front-end or back-end career.

Are aesthetics important to you? Then you should become a front-end developer, as a large part of your work is making the website look nice and user-friendly. As a great front-end developer, you'll even be able to understand design-fu. What the heck is design fu? It is the kung fu variant of the 21st century. Designers take a blank document and create a beautiful website. So becoming a front-end developer is also a little bit for people who actually wanted to become a designer but were never able to draw well.

Things look very different for the backend developer. The only thing you have to consider here in terms of aesthetics is the clean code. However, given the approaching deadlines, this can sometimes be left aside.

Maybe you got a bit of the impression that backend developers are a bit superior. However, that is not the case at all. Both disciplines are equally demanding, they just require different skills and priorities.

Some people just have a natural talent for the visual, while others enjoy tinkering and figuring out how things work. Don't make your decision based on what sounds cooler, but rather based on what is better for you.

Choose the job that interests you most. If that has nothing to do with development directly, that's just as good! There's nothing worse than working all day on something you don't enjoy at all, even if you are making a fortune doing it. That `s not worth it. 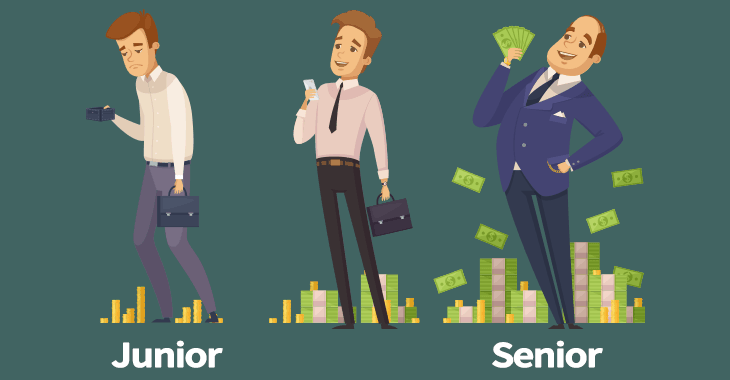 Compared to many other jobs, frontend and backend developer jobs are relatively well paid. Your choice may still depend on what to expect in the two subject areas.

Let's take a look at the average salaries in both areas in different countries, if that is crucial for your decision.

At alphajump.de, the front-end programmer's salary is between € 35,000 and € 70,000 per year. The wide salary range is based on professional experience (junior to senior developer).

Depending on the size of the company and your professional experience, the salary can quickly rise to over € 70,000 per year.

As far as income is concerned, the point undoubtedly goes to the backend developers. You earn significantly more. But why is it like that?

If a backend developer leaves a fatal bug in their code, the entire website can be down, hacked, or used by scammers. If a frontend developer makes a mistake, none of this happens because he is not responsible for the server-side website.

So what's the better choice for you?

I hope that with this article I was able to help you to get a better insight into the activities of a frontend and backend developer and maybe to make your decision a little easier.

If you're more into aesthetics than difficult algorithms and setting up complicated systems, you should opt for a career as a front-end developer.

But that doesn't mean that being a front-end developer is easy. To be really good, you need to master numerous libraries and frameworks. It will take a while before you can work on really advanced projects.

Now the most important question at the end. Frontend vs backend developer - which one will you choose?