What do Google employees hate about Google

In the event of death, Google will continue to pay 50% of the salary

In the event of death, the partners of a (deceased) Google employee will continue to receive 50 percent of their salary for a whopping ten years. This was revealed by the search engine giant's head of personnel in a rare interview. Laszlo Bock may not be Google's most famous employee, but it is certainly one of the most important. The so-called Chief People Officer of the California company also rarely gives interviews, after all, he is mainly responsible for internal affairs.

It is well known that the company based in Mountain View, California, offers many discounts (free food, free hairdresser, medical care on site, etc.). As Laszlo Bock now revealed to the business magazine 'Forbes', the biggest advantage has to do with social engagement, namely with caring for the bereaved in the event of death. 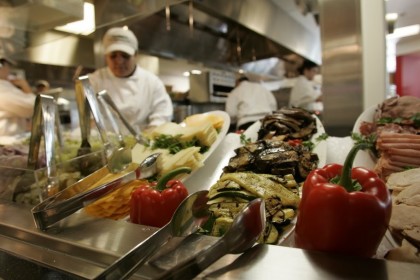 Free (gourmet) food is just one of the many perks at Google If a (US) Google employee dies, their family - more precisely, married couples and same-sex partners - will continue to receive half of their salary for a full ten years. Amazingly, this rule applies immediately after joining the company, a certain period of service does not have to be "served". This means that practically all 34,000 employees are entitled to it.

Bock explains that Google has always tried to support relatives financially in such difficult times, but then introduced a uniform regulation last year. As Bock reveals, that's not all: In the event of death, partners get all shares overwritten immediately, and children receive $ 1,000 per month up to the age of 19 (up to 23 if they are full-time students).

Bock, who also talks about other "perks" at Google, also said that he downright hates the word: "People say, 'You are Google, of course you can afford to offer these crazy things.'" It's about money But not at all, emphasized Bock: "We don't do it because it's good for business, but because it's simply the right thing to do."

More on the subject:Google LLC