Why are countries becoming tax havens

The most popular tax havens in the world

What is a tax haven?

A tax haven is a country in which the taxation of foreigners or foreign companies is exploited on favorable terms in order to reduce the tax burden in the actual home country. 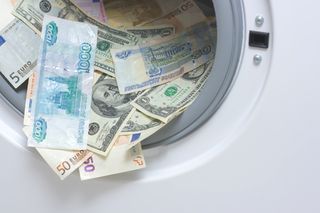 The term "tax haven" is not clearly defined. There is no limit that can be determined in absolute terms as to when a country becomes a tax haven or not. Basically, every country can be a tax haven if the framework conditions are right for a person or company. According to less common criteria, for example, Germany and the USA also count as such.

For example, countries are not only considered to be tax havens that levy particularly low taxes on certain types of income. A popular form of tax evasion is, for example, the "parking" of funds in countries that hide these sums from the domestic tax authorities. In this context, Switzerland is often mentioned because of its strict banking secrecy.

Explanation of the individual lists:

The black lists of tax evaders

The European Unioncreated a black list of 19 states in 2017 that, in their opinion, should be classified as tax havens. However, this list never came into force. After numerous objections and deletions, this list was deleted so far that at the end of 2018 only 5 countries were included. In February 2019, the European Commission adopted a new list of third countries, now comprising 23 countries, which was again cut to around half in February 2020. The reasons for the non-recordings are often criticized: Turkey has been granted a reprieve for "political reasons" once again. It seems even stranger that the Cayman Islands were never on the list before. Before Brexit, they were considered EU territory and could therefore not be listed by definition.

The FATF(Financial Action Task Force on Money Laundering) is an association of the European Union, the Gulf Cooperation Council and 38 individual countries. Including China, Russia and the USA. The FATF's black and gray list is one of the most internationally recognized and has the highest weight next to the EU list.

Oxfamis a non-governmental organization based in Oxford, England. It is an association of several aid and development organizations with a focus on development aid and poverty reduction. Oxfam continuously analyzes numerous countries and, at the end of 2018, blacklisted the countries listed above independently of other lists. The 35 countries listed also include the 4 EU countries Ireland, Luxembourg, Malta and the Netherlands. Incidentally, the Oxfam list is based on the same 92 countries that the European Commission examined. Oxfam has also examined the 28 EU countries and comes to completely different results overall.

The OECDlists a number of countries in its CBI (citizenship by investment) list in which citizenship can be obtained through sufficiently high investments. The background to this is that citizens often have other taxation models and rights at their disposal. A risk of tax evasion cannot be derived directly from this, but there is definitely a possibility of abuse.
Incidentally, the OECD also has its own black list of tax havens. Their list is actually just as important as all the rest. However, it was not included in the table above because the "list" has only one entry: Trinidad and Tobago. All other of the former 41 countries have meanwhile made far-reaching concessions in order not to suffer sanctions. In the course of this, the banking secrets of Switzerland, Andorra, Liechtenstein and Monaco were relaxed.

How well money can be hidden in a country also depends on the strength of a bank secret. In this context, the anonymous numbered accounts in Switzerland are known, which do not exempt the owner from tax liability, but hide him well from foreign authorities. How effective a country's laws are for hiding money becomes apparent in the "Financial Secrecy Index" (FSI)recorded, which is also called the "shadow financial index" in Germany. The degree of secrecy of capital and its owners is determined for a total of 112 countries, but also the amount of money moved across these countries in relation to the global financial market. Very high on this list are two countries that are otherwise rarely mentioned: The United States (2nd place) and Germany (14th place).
<?