Until recently, Spanish still seemed like Spanish to the Chinese. However, that changed completely in 2017. The language institute Cervantes in Beijing can hardly save itself from interested parties: "We are impressed by our growing success in this country," says director Inmaculada González. "After English, Spanish is already the second most important foreign language in China." The reason for this is also that Spain is seen as the gateway to Latin America.

The student Beichen Xiao and his girlfriend Yini Shao (picture above) even came to Madrid especially to learn Spanish. Her goal: "I want to speak as well as the Spaniards," says 24-year-old Shao, who studied advertising and e-commerce in Beijing and would now like to work as an influencer for the Chinese market from Spain.

The young couple enjoys the relaxed Spanish lifestyle, tapas, sun and the friendliness of the Spanish. But the young Chinese are also aware of the country's growing economic importance, which can also be seen in the number of Chinese tourists and business investments in Spain. The Spaniards, on the other hand, use the cheap Chinese stores for all sorts of purchases from tools to clothing. There is nothing that cannot be found in these rummage shops. According to the management consultancy 'SedeenChina', imports of Chinese goods already made up ten percent of total Spanish imports in 2015. Since then, the volume of imported goods from China, which is mainly handled at the ports in Valencia and Barcelona, ​​has risen again by 36 percent. 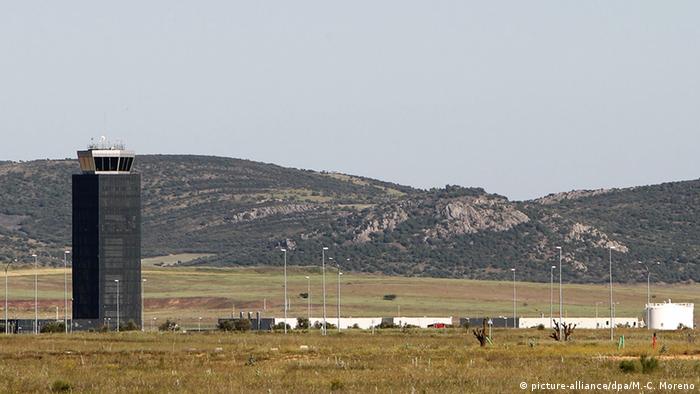 Along with the growing imports comes the growing appetite of the Chinese for Spanish companies. So far, investors have mainly bought buildings, hotels and golf complexes. But in the meantime they are also acquiring company shares in all economic sectors, from football to pharmaceuticals. The Chinese holdings in Spanish companies now amount to around 4.65 billion euros. Billionaire Wang Jianlin's entry at Atlético Madrid in 2015 was spectacular. He bought 20 percent of the Madrid football club, which is why Beichen Xiao quickly found an internship there: "I am the club's interface with China, where there are now many fans."

Crowds of Chinese people keen to buy are now invading cities like Barcelona, ​​Madrid, Valencia and Seville in summer and winter. Football, flamenco, bullfighting and shopping - that's what they love most about Spain. A huge potential for the Spanish government because the Chinese are getting richer and richer: According to the World Tourism Organization in Madrid, they spent eight billion euros more on travel last year, leading the ranking of the most generous tourists with 258 billion US dollars (see Graphic). According to figures from the China Tourism Academy (CTA), around 600,000 Chinese visited Spain in 2017. The Spanish Ministry of Tourism wants to push this number up to one million by 2020, because the spending of holidaymakers from the Far East is increasingly becoming an economic factor for the country: While it was just 112 million euros in 2012, Chinese holidaymakers left almost 800 million in 2017 Euros in Spanish shops, restaurants and museums.

However, along with the tourists and economic growth, the mafia also came into the country. Especially with the import and export business, some Chinese are laundering money on a large scale. So far it has been easy in Spain. Among other things, the largest Spanish bank, Caixabank, has to prove in court that it did not help the Chinese. This is about almost 100 million euros, which should have flowed through the former savings bank in the period from 2011 to 2015. The suspected branches are all located in Madrid's Cobo Calleja industrial park, firmly in the hands of the Chinese.

The Chinese bank Industrial y Comercial de China (ICBC) was also the subject of investigations into criminal internal structures and money laundering in 2016. There were numerous arrests and some convictions, but the flourishing business of the Chinese, who with their growing prosperity have more and more power in Spain, including among Spanish politicians, continues. They also celebrate many of their festivals in this country, such as the Chinese New Year. The fact that you don't see them in Mallorca or Marbella, but in the big cities, is also due to the fact that even rich Chinese live rather modestly in Spain. In Madrid, most entrepreneurs can be found in Usera, a rather poorer outskirts of the metropolis. They don't flaunt yachts and young girls. 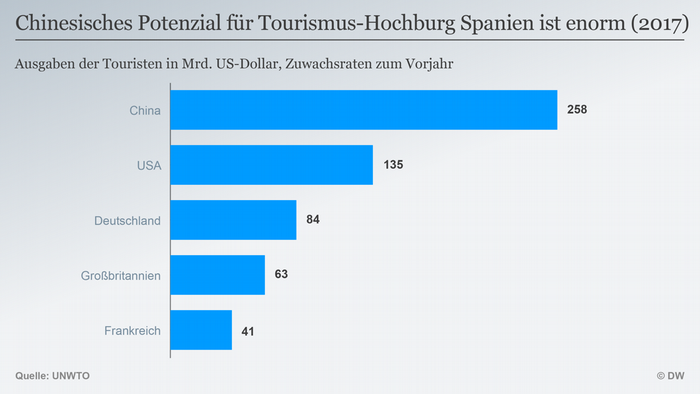 Beichen Xiao is aware that he is helping to break down the prejudices that the Spaniards still hold against the Chinese. Because more and more young Chinese come to study in Spain like him and have little to do with the Mafia: "I don't even know what that is," says the 24-year-old. The 32-year-old Sheng Chen also lives a completely different life than many of the Chinese economic immigrants. She came to Spain in 2005 to study, where she now works as a Chinese teacher and translator: "Interest in Chinese is growing here, including in schools. I actually wanted to go back, but life in Madrid is easier for me."

Spain offers many opportunities for the Chinese. The fact that the Chinese Amazon competitor Jd.com is now entering the Spanish market on a massive scale is helping Chen, for example, to further expand her work as a translator. The company, which has sales of almost 56 billion euros annually, already has many Spanish brands in its range and, from now on, Iberian ham as well: "Consumption in China has increased by 700 percent in the past two years," reports the Vice President of Jd.com, Gloria Li.

The trading company, which has almost 300 million customers, has therefore just signed a cooperation agreement with Osborne, one of the largest producers of Spanish delicacies. Chen already saw that the Chinese are into it on her short excursion as a personal shopper at Madrid airport: "It's impressive to see how much money is being spent there." A leg of ham can cost up to 600 euros. Student Shao also loves the 'Jamón iberico': "But I also love bullfighters," she admits. That in turn makes her very likeable to many Spaniards.