Does an abortion hurt?

Experience report An abortion is not a snack bar

Nobody really knows when it comes to abortions. The subject is still taboo and what you find on Google is a joke. Our author was in an abortion clinic for a day because of this. 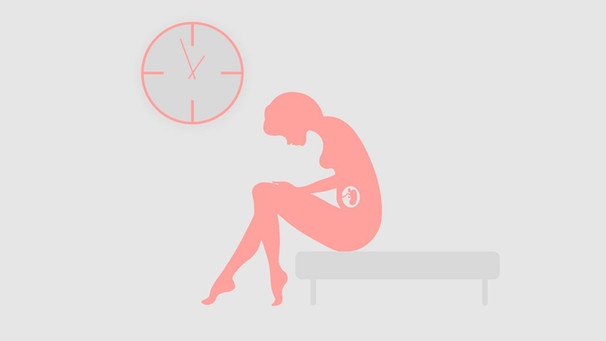 I'm nervous before I go to my appointment. Why, it's not about you - says a colleague aptly. No, it's actually not about me, but somehow I feel like it's about more. To all women.

I wonder how self-conscious I am

In Germany you can terminate your pregnancy if no more than 14 weeks have passed since the last period. In addition, you must first seek advice from pro familia, the health department or another agency. After three days to think about it, you can consult a doctor who has been approved for the procedure. However - I know that from pro familia - there are not enough contact points in Bavaria to have an abortion carried out. And: Fewer and fewer doctors want approval. Many patients have to come to Munich for the procedure, because even in metropolitan areas such as Regensburg and Augsburg there is no good network of doctors licensed for this.

I don't want to presume to pretend I know how someone is doing who is really on their way to have an abortion done. But I try to feel inside as best I can. How do you think it is to drive several hours to such an appointment? Or even having to travel to another country? I have palpitations and ask myself: What does it look like? Is the doctor personable? Will the procedure hurt and will you bleed a lot? I catch myself at the thought of hopefully not having to ask anyone for directions, otherwise everyone will know where I want to go. It's amazing how self-conscious I am.

No shouting, no one crying, no mourning cloud hangs over the rooms.

Once at the clinic, everything looks very familiar. Like at the dentist. Clean, no frills, the assistants are friendly but reserved. The doctor introduces himself, also friendly - just like a doctor. No shouting, no one crying, no mourning cloud hangs over the rooms. Of course not ... am I actually stupid? Where did you get this stupid thought that I went straight into limbo? I just don't know anything about it, I never had an abortion, I don't know anyone who had one, and when doing research you first come across disturbing websites of so-called "life protectors" who argue with the right to life for everyone and women on their way to Hold up the clinic. Otherwise you won't find much.

First you take the tablet, later the embryo is sucked off

First of all, I can be there for a preliminary talk. I sit next to the doctor and listen as the girl is informed about the procedure for the possible abortion - a combination of tablet and suction. If the girl definitely decides to abort, she takes the tablet, and about three days later she has to come back to the clinic for the operation. There her uterus will be sucked out.

The girl is in her mid-twenties, had a one-night stand and is currently in training. Bad conditions. Neither her parents nor the potential father know about the appointment at the clinic. Why not? Because her decision was made immediately and she didn't want anyone trying to talk her out of it. She wants to decide for herself. The preliminary talk is over. In five days she has an operation date, until then she should write down a pro-and-con list - and if she does not want to take the pill that initiates the termination, then she has to bring the pill back with her. That would please him, says the doctor.

I wonder if he has to say that. By legal means. Promoting abortion is still a criminal offense. Or is he saying that because he has already prevented so many pregnancies and wants to raise awareness of how to deal with an abortion less carelessly? One in ten women brings the tablet back with them on their second visit and decides to conceive. However, there are also women who come two to three times a year for an abortion, says the doctor.

When the couple sees the ultrasound, they become unsure

Second conversation. The girl came with her boyfriend, both in their late twenties. Best age - at least in terms of fertility. They are only together for a short time. I feel like they just want to tick it off like they're selling an old car. Phew, find an appointment ... yes, so it's best to do it early, and then please not that long, says the woman. And then you really have to be picked up? Yes, if it has to be, then he really has to take a detour, says the guy. What the fuck I think.

When the ultrasound image is taken and something small pea-like can be seen on the monitor, they both look at each other briefly. Less busy, less clarified and he even has wet eyes for a short time. Neither of them seem to want a child together, but for a moment the possibility flashes through their minds, how it would be if.

Blood and tissue collect in a container.

Now I'll see how an abort works. I am nervous. The girl is 16, the friend is waiting outside. She is lying on a kind of gynecological chair, the anesthetist speaks to her, and shortly afterwards she falls asleep. Then her legs are strapped in, and the uterus is sucked out with a long stick. Blood and tissue collect in a container.

You don't see anything, it looks like a pile of slime. No legs, no arms, nothing scary. The girl comes to a recovery room and is allowed to go home after the check-up.

In the past, there was only a local anesthetic and the woman noticed a lot more, says the doctor. That was of course more exhausting for the doctors because they would have had to talk to her well. If you get everything unfiltered, it can be more stressful. However, abortion does not affect the woman's fertility - she can get pregnant again. Pretty seamless, in fact.

Unborn life is also worth protecting, say the "life protectors"

When I leave the clinic in the afternoon, I meet the "lifeguards". They don't say anything, just put up their posters and drink tea. The posters say: This is what your child will look like six months before it is born. A fully formed fetus can be seen on it. The "life protectors" argue with the right to life - unborn life is also worth protecting for them. This is of course in line with the Basic Law, but they are more religiously motivated.

On the platform I see the 16-year-old girl again who was in the operating room a few hours ago and was picked up by her friend. In the preliminary talk she had said that she was lying to her parents because of the 3-day sick leave (which everyone receives after the operation without specifying the actual cause of illness) that she had the flu and therefore had to "hang out" at home. Now she is standing there with her friend, typing on the cell phone and talking about the coming weekend. I find that strange ... and I think it's probably better when 16 year olds don't have children. Because: too immature. It would be even better if they didn't get pregnant in the first place.

If women don't want a child, that should be reason enough not to have a child.

After the day in the clinic, I'm surprised how little cruel everything was. My impression that it is very important and right that women can terminate an unwanted pregnancy has strengthened. And my impression that abortions are extremely stigmatized - also among doctors - as well. The anesthetist tells me that none of her colleagues want to do this job. Abortions are still viewed as ethically questionable, nobody really knows how the whole thing actually works and what you can google about it is not enough. So it's no wonder that the decision to terminate the pregnancy is still an absolute taboo.

Sure, human dignity is inviolable. I never want to shake that. However, the decision about one's own body should also be inviolable - that goes hand in hand with dignity. If women - for a variety of reasons - do not want a child, then that should be reason enough not to have to carry a child to term.

However, I also took this with me: abortions are not visits to the fast food restaurant. Young people have to be taught that sex also brings responsibility. That girls can get pregnant and boys can get them pregnant and then both of them have to live with the result. Both have the responsibility, both have to come to terms with the decision for or against a pregnancy. This is often just as difficult for men. But you sit on the shorter lever. "Equality has its limits." - I remember this sentence, it comes from the employee of a pregnancy counseling center and I find it very apt in this case.