When good deeds pay off for everyone

Franziska MerzCAUSE-RELATED MARKETING More and more companies are actively committed to social and ecological issues. However, these commitments usually do not pay off immediately. A marketing instrument that is new to Switzerland shows that it would be entirely possible to achieve economic goals and goals for society as a whole at the same time.

Cause-Related Marketing (CaRMa *) is the name of this instrument, in which companies donate part of the proceeds to a charitable cause when they sell a product. This mechanism, which has its origins in sales promotion, integrates the company's commitment into the day-to-day buying process. The consumer actively triggers the donation and not only receives the product when buying it, but also an additional emotional benefit: namely the feeling of having done something good. This feeling acts as a direct incentive to buy, because emotional brand values ​​are becoming more and more decisive as a result of the oversupply and the increasing interchangeability of products. For example, brands can benefit from higher sales in the short term through a CaRMa commitment. On the other hand, the commitment can have a long-term effect on the brand. As a result, brands can be charged with their own emotional values ​​and ethically differentiate themselves from their competitors. 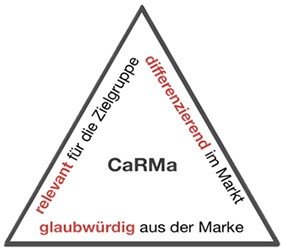 Strategic triangle for promising CaRMaLatent skepticism as a major risk
However, the mechanism of CaRMa does not always have to have a positive effect, because it can stir up latent skepticism among consumers. In the eyes of many, it is legitimate to pursue economic goals with social engagement. However, linking the paragraph with the amount of the donation can give the impression that the company is only pursuing selfish goals with its commitment and is not committed to charitable causes out of conviction. This can lead to negative headlines, a deterioration of the image and even reactance. In order to prevent such negative reactions, CaRMa must therefore be one thing above all: credible. 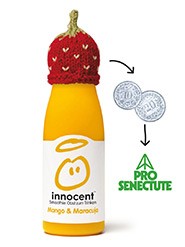 In order to achieve relevance and differentiation with the engagement, the purpose of the donation is decisive. This should not be associated with any competitor brand, so that the brand can occupy the topic independently. In addition, the purpose should match both the consumer and the company's CSR strategy, the values ​​of the brand and the core performance of the product. The “Pro Montagna” brand from Coop does this optimally, because it is based on the idea of ​​not only offering exquisite products from the Swiss mountains, but also of helping the mountain population directly. That is why Coop donates a percentage of the proceeds to projects in mountain areas and thus supports those who are significantly involved in the brand.Promising CaRMa
In addition to the credibility of the commitment, its relevance and differentiation are decisive for success. Every CaRMa engagement should therefore be based on a strategic concept that is oriented towards the long term. In addition to the duration of the commitment, it should also specify an appropriate donation amount compared to the product price. International research results show that donations in kind in the form of “Buy One Give One” activities have a credible effect on consumers and that exact monetary donations are also positively received. In order to guarantee credibility during the engagement, measures for the transparent communication of the engagement had to be defined in the concept. These measures should make the motives and the functionality comprehensible. In order to continuously inform about the current donation status and the purpose of the donation, Innocent uses, for example, its own website and social media in addition to traditional means of communication.

CaRMa is enjoying increasing popularity
Although CaRMa is also becoming increasingly popular in this country, such consistent engagements are still the exception in Switzerland. This is indicated by the results of a survey carried out in collaboration with Swiss Marketing (SMC). In Switzerland, the instrument is used more frequently in the short term and purely as a campaign to promote sales.

To date, only a few companies have succeeded in designing long-term commitments and communicating them transparently. This is due, on the one hand, to a lack of information on implementation in order to master the conceptual challenge around the instrument, and, on the other hand, to the rather limited experience of the marketing experts with CaRMa, which the survey of SMC members reveals. The respondents believe that the instrument has potential that should not be underestimated, but only a few have integrated CaRMa into their marketing activities in the long term. Although research shows that CaRMa works precisely when it emerges from the shadow of pure sales promotion.

Franziska Merz is a strategic planner and has examined the status quo and the potential of CaRMa in Switzerland as part of her studies at the HWZ Hochschule für Wirtschaft Zürich. Further information can be found at www.goodcarma.ch or email to [email protected]
<?