Which doctors have to work night shifts?

Shift work and labor law: what companies have to consider

Exemption from night work
Shift work is part of everyday life in many industries and companies. But employees can be exempted from the night shift if they have health problems. What the labor law regulations mean for corporate practice.

A case ruled by the Federal Labor Court (BAG) in 2014 concerned a nurse who worked in shifts from 1983 to 2012. Then she got sick and had to take drugs that made her sleepy. As a result, she was no longer able to work the night shifts from 9.45 p.m. to 6.15 a.m. In June 2012, her employer sent her home as unable to work because she was unfit for night duty. The employer declined the woman's offer to continue working during the day.

Before the labor courts, the nurse was right in all three instances: she was neither sick nor unable to work, according to the final decision of the BAG. Rather, the hospital must take into account the poor health of the plaintiff when dividing the shifts. Because she had expressly offered her work, the judges also awarded her the additional payment of her salaries for the time in which the employer did not want to employ her.

A spokeswoman for the BAG emphasized at the time that the ruling had "groundbreaking effects" for all shift workers. What does that mean in concrete terms?

Night shifts are bad for your health

In many companies, shift work is unavoidable, be it to maintain production or because - as in the catering trade - otherwise no service would be possible. But because working against the internal clock is demonstrably not healthy in the long run, the Working Hours Act sets strict rules that are further specified in many collective agreements.

Night workers are also not allowed to work longer than eight hours, in exceptional cases up to ten hours at a time. Every three years they have the right to have an occupational medical examination. If you are older than 50 you can have a health check-up once a year at the employer's expense. If the investigation reveals that night work endangers the health of the employee, according to the Occupational Safety and Health Act, he was entitled to be transferred to a suitable daytime work place even before the verdict.

The situation is more complex when an employee is hired not exclusively as a night worker, but for alternating shifts - that is, he alternates day and night shifts. The work schedules then provide for a constant change between two or even three shifts, often on a weekly basis. The company relies on this system to work.

In many companies, consideration for employees who want to be released from shift work is not easy to implement. Alternating shifts mesh like a cog and if an employee is absent due to illness, a replacement is not easy to find. Usually it has to be peeled off from another layer and then leaves a gap there.

Of course, the following applies: Employees who are no longer able to work night shifts in terms of health are, according to the current ruling, understandably entitled to an exemption from the night shift due to health problems. A personal termination is out of the question. Nevertheless, employers are advised not to unquestioningly accept every medical certificate from employees on alternating or night shifts. Doctors often avoid clear statements and only make recommendations. These recommendations can then be misinterpreted as bans on night work.

Additional vacation days as an incentive

No solution to the problem is to hire workers specifically for night shifts only. They too have the right to be transferred to a day job if there are health problems. In turn, employers then have only very limited options to refuse transfer to a day-to-day job.

In times of a shortage of skilled workers, employers have to worry more about how to recruit or - sometimes even more difficult - keep enough staff for unattractive shift work. Experience has shown that the willingness to work night shifts increases with a higher salary or with more free time. In any case, there is nothing in terms of labor law against agreeing an additional day of vacation for every 20 night shifts, for example.

Co-determination of the works council

With all this, it should not be forgotten that the works council must be fully involved in shift work. On the one hand, when setting up or changing general shift schedule regulations, the enforceable right of co-determination of the works council from Section 87 (1) No. 2 of the BetrVG must be observed. But even with the individual assignment of employees to a certain shift, the employer must - as the Federal Labor Court recently determined - ask the works council for approval. If the latter refuses to give his consent, the employer must call the conciliation office or arrange the allocation of employees to the shift schedule in such a way that the works council agrees. This applies equally to our own employees and to temporary workers who are to be deployed in alternating shifts.

The Federal Labor Court (BAG) has decided: Anyone who is not fit enough for night shifts is therefore not generally incapable of working. Instead, he can demand to be deployed only during the day (Az. 10 AZR 637/13). 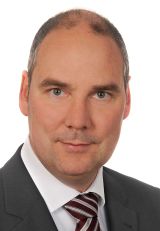 Dr. Rolf Kowanz is a lawyer and partner in the law firm Eversheds Sutherland (Germany) LLP.