Mountaineering Can anyone climb Mount Everest?

August 1980, in the middle of the monsoon, a time when mountaineers usually avoid Mount Everest because of the heavy rainfall. Reinhold Messner traveled to Tibet with his girlfriend at the time, the Canadian Nena Holguin, to implement another ambitious project on the north side of Everest. After the South Tyrolean climbed the highest mountain on earth with the Austrian Peter Habeler in 1978 - over the Nepalese south side - for the first time without bottled oxygen, he now wants to do it on his own.

On the afternoon of August 20, 1980, on the third day of his ascent, he reached the highest point at 8,850 meters. More crawling than walking. "I was more exhausted than ever before and not even after that," Messner recalls four decades later in an interview with DW. "At the summit I was so exhausted that I just let myself fall into the snow and pounded in front of me. Fortunately, after an hour of panting - that was all I had - the strength to get up and descend again." 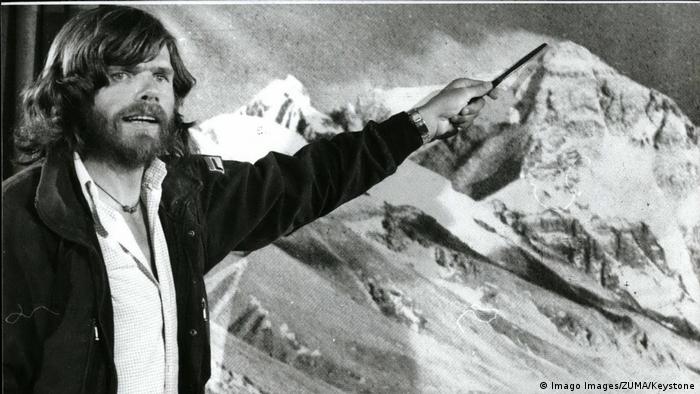 Reinhold Messner at an Everest lecture in 1980

When Messner returns to the advanced base camp at around 6,400 meters one day after his summit success, his girlfriend barely recognizes him. "It seems as if a drunk is descending from the Col [mountain saddle - editor's note] and not the same man who left four days ago," writes Holguin in her diary. "He looks at me with tears in his eyes. His face is yellow, his lips are cracked and frayed."

Physically and mentally at the limit

Ironically, on the day of the summit - Messner had left his tent, rucksack and provisions at his last bivouac site at 8,220 meters - the weather had changed: fog had come and it had started to snow a little. "I was suddenly afraid that I would lose my bearings," says Messner. "If I hadn't found my track, which only collapsed a little in the firn snow, when I went down, I would have been lost up there. So I tried to climb a little faster."

But that didn't work because of the low oxygen partial pressure. In the summit area of ​​Everest, the oxygen is only pressed into the lungs with a third of the pressure as at sea level. "On the one hand there was concern that it would be dangerous," said the now 75-year-old South Tyrolean, "on the other hand the thin air that slowed, slowed, slowed me down". And, not to forget, the psychological strain on the soloist on the mountain: "The main thing is the inability to share worries and fears. That is difficult to endure because we humans are not made for being alone." 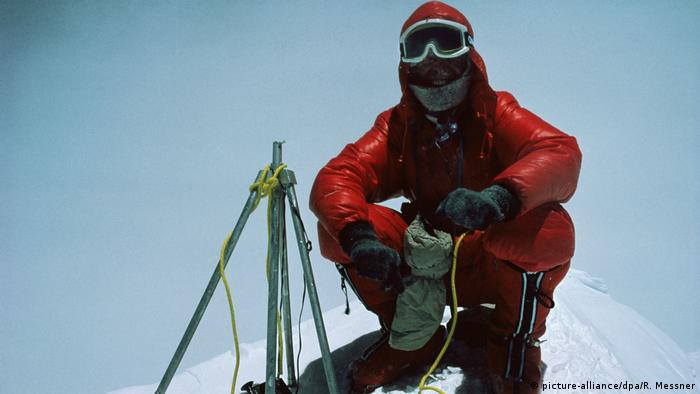 Messner's solo ascent on Everest - in the monsoon, without a breathing mask and on a partially new route - was celebrated as a milestone in Himalayan mountaineering. "My Nanga Parbat going it alone [in the summer of 1978 - editor's note] was more important," says Messner, "because the first step into this dimension was to pack an eight-thousander all by yourself." The Everest solo was only the end of his development as a high-altitude mountaineer. Then he started the "sprint" to climb all 14 eight-thousanders. In 1986 Messner was the first person to do this, and on all eight-thousanders he did without bottled oxygen.

There were few attempts to climb Mount Everest like Messner single-handedly on a lonely mountain. None of them were crowned with success. Last winter, Jost Kobusch turned back on the Everest west ridge at an altitude of around 7,400 meters. "It's easy to announce the greatest adventure story of all time, but to know a priori that there will only be a ridiculous attempt," Messner railed against the 28-year-old German. Messner is known for the fact that few professional mountaineers pass his judgment. Kobusch lacked the necessary preparation and, above all, the experience to survive a solo Everest trip in winter, says the South Tyrolean. "He has little or no idea of ​​what he's actually doing." 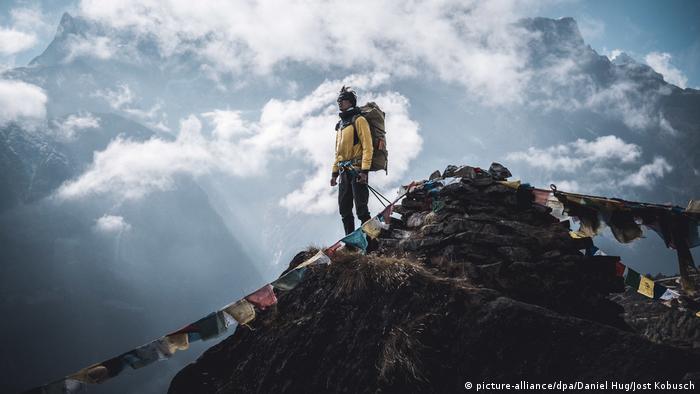 Jost Kobusch reached an altitude of almost 7,400 meters on his Everest solo attempt in February 2020

The fact that so far there have only been a few solo attempts on the highest mountain on earth is also due to the fact that mountaineering there has fundamentally changed over the past four decades. Until the early 1980s, only the best alpinists in the world came to Everest to explore new, difficult routes. In the meantime, Mount Everest is a commercialized mountain, climbed more than 10,000 times. Some professional mountaineers have also climbed alone, says Messner, but on the normal route prepared for the paying customers of the commercial expeditions: "On the slopes, 50 people in front of them, 100 people behind them. This is not going it alone."

Little going on due to the corona pandemic

In the Corona year 2020, however, Mount Everest was almost as lonely as it was at the time of Messner's solo 40 years ago. Only one Chinese expedition was allowed to ascend on the Sino-Tibetan north side, while the mountain on the Nepalese south side was completely closed due to the pandemic. Reinhold Messner does not believe that this will have a lasting effect on mountaineering on Everest. 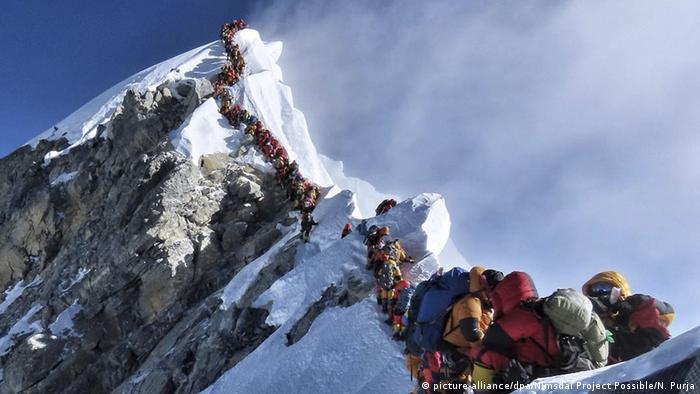 Traffic jam on the Everest summit ridge in spring 2019

"The Sherpas need this work because they earn their money with it. And the government collects the fees for the climbing permits," says the world's most famous mountaineer today. "The pressure will grow, as will the demand from tour operators to book Everest. And with it the offer will also increase again. The amenities in base camp and higher up will increase. This means that more and more people will be able to access the To rise the roof of the world. "