Can your teen read italic 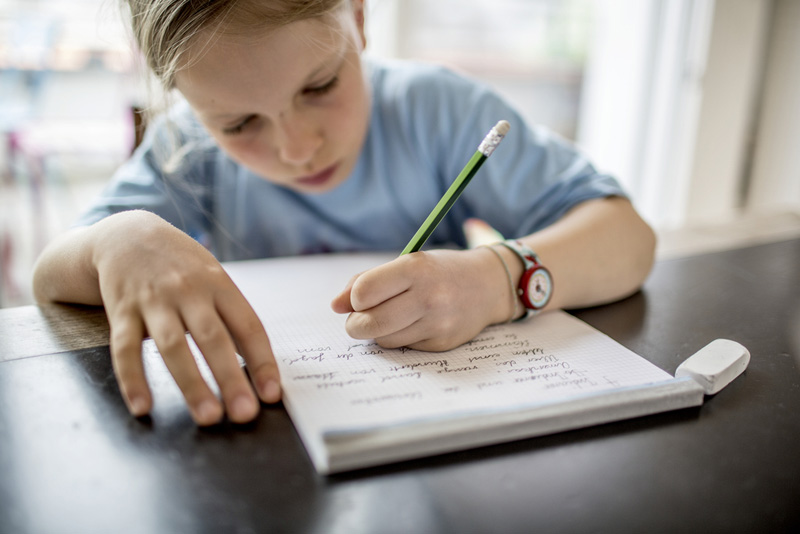 Fortunately, Swiss schoolchildren no longer have to struggle with the Schnürlischrift. Photo: Gaetan Bally (Keystone)

"I can't read your typeface," my teacher told me in fourth grade, "you can write the essay straight away at home." I did that too, more than once. I did not write beautifully and energetically like Susanne and also not round and regularly like Rahel, but "like a boy". Incidentally, the teacher gave the boys who wrote even more illegibly than I did a future as a doctor.

Today I would be sent to occupational therapy or psychomotor skills. Until recently, I didn't even know what the latter was exactly. But since my son started school, I have heard from more and more children, mostly boys, who are attending these special classes because of writing or other reasons. “The teacher says you have to train him to do the four-point grip,” the mother of a boy tells me. Or: "His typeface is a catastrophe."

Even though string script is no longer taught, but the simpler basic script, more and more children are struggling to write. A kindergarten teacher from the neighborhood recently told me that many people would not hold the pen with the desired three-point grip, but with their whole fist.

And why? According to education experts, there are various reasons such as lack of exercise, no writing role models - here we are meant, dear mums and dads - as well as iPads and smartphones. Of course, the iPad changes a lot in the hands of children. You can see that from the fact that the little ones naturally “swipe” with their middle finger instead of their forefinger. For me, it's a little too easy to blame the bad iPads on the screen. My eight-year-old son also has an inscription - but he has only been able to hold the iPad in his fingers for a few weeks. 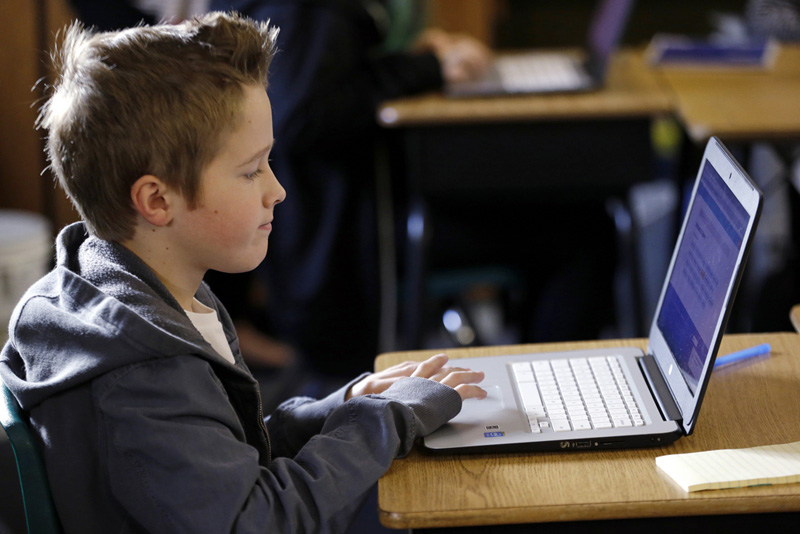 For children today, writing on the computer is a matter of course. Photo: Elaine Thompson (Keystone)

Where is the problem?

I am convinced that the earlier school enrollment is also a reason for the lack of pen-holding skills. In the past, children had an extra year to playfully train their fine motor skills: shaping something out of modeling clay, threading beads or coloring a picture are all great preparations for writing.

But finger dexterity is also unconsciously trained with small chores in the household: for example, when the child helps with cooking, uses clothespins to hang up his socks to dry or dry cutlery. Due to the increased employment of the mothers - which I absolutely do not question here - and the accompanying childcare outside the family, domestic child labor has probably become less common.

And then we, modern, permanently stressed parents, often take the path of least resistance and prefer to impose as little as possible on the children, including fine motor skills. So today schoolchildren also wear clothes and shoes with simple Bubi fastening mechanisms. Velcro sneakers were already around when I was in primary school, but back then they were something special. Today you can hardly find shoes with shoelaces in size 34 in shoe shops. And when it comes to trousers in the children's department, I see more and more elastic bands and snaps, even for sizes over 116, because schoolchildren seem to be overwhelmed by an ordinary trouser button.

The question remains whether it is even a problem when the children can no longer write by hand. Digitization is taking its course, and technological developments will mean that in a few years no one will be taking handwritten notes. I know the argument that it is easier to learn when you write yourself. It coincides with my own experience: At high school and at university I was able to remember the material better if I wrote it down by hand instead of typing it out. When grasping it, you have to grab it yourself, this insight is already in the word itself.

But I'm not so culturally pessimistic now and imagine a future without handwriting. Would that really be that bad? In Finland, since this school year, children have been learning to type on the keyboard directly after using block letters. There are already shopping list apps where you can add the desired product simply by tapping on an icon image. And my grandchildren will certainly never write me a postcard, but instead send a video message that is automatically projected onto my refrigerator door. Good as well.

PS: be glad I didn't handwrite this text. Otherwise you would not have been able to read it.