Is China a threat to world peace?

China warns the US of a new cold war

A dangerous escalation of the situation threatens between the powerful rivals USA and China. With sharp attacks against the US government, China's Foreign Minister Wang Yi warned of a new Cold War in Beijing - and thus of a threat to world peace. He accused the USA of "lies and conspiracy theories".

In the pandemic with the coronavirus, a "political virus" is also spreading in the United States. Wang complained to journalists on the sidelines of the annual People's Congress to seize every opportunity to attack and vilify China. The pathogen causing the lung disease COVID-19 first appeared in Wuhan, China, and from there it spread throughout the world. 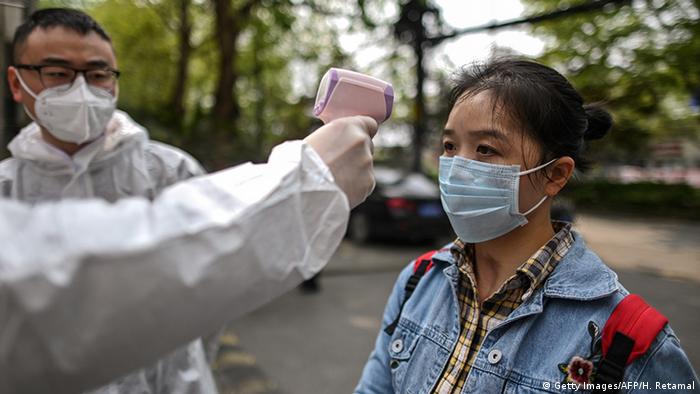 A resident of Wuhan has her temperature taken in April

China responded immediately to the SARS-CoV-2 pathogen and quickly shared information. The genetic material of the virus had also been deciphered and quickly made available to other countries, he assured. The foreign minister responded to allegations that Beijing initially covered up the epidemic, reacted too slowly and cooperated too little internationally.

"China will not give up its right to development"

The US and China have great responsibility for peace and development in the world, Wang said. Both sides should also work together in the fight against COVID-19. He stressed that Beijing will always defend its sovereignty, territorial integrity and right to development. Looking at US President Donald Trump, who has repeatedly spoken of a "Chinese virus", Wang said that such a geographical designation would "stigmatize" China. He reiterated that his government is ready to work with international investigators to find the origin of the coronavirus. 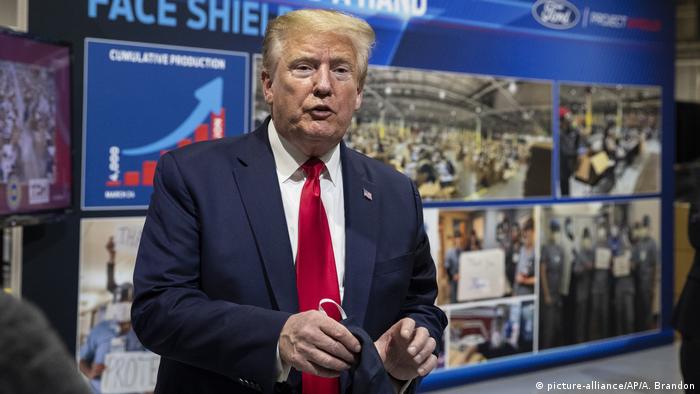 "It is time the US gave up its wishful thinking about changing China or preventing the 1.4 billion Chinese from their historic march to modernization," the Chinese foreign minister continued. Beijing accuses the government in Washington of preventing the Middle Kingdom from its further rise.

In general, the list of areas of conflict between the two economies is now very long: There are the ongoing trade war, US sanctions against China's technology giants, the worsening conflict over Hong Kong and the planned "security law" on this, China's pressure on the differently thinking Taiwan, the persecution civil rights activists, Uyghurs and Tibetans, the mutual expulsions of journalists, the controversial territorial claims of China in the South China Sea - and last but not least the modernization of the Chinese armed forces, which the USA sees as a growing threat to its security interests.