And the #population bomb explodes forever

For a while it was quiet about the concept of population. In the 2000s, large parts of the political public seemed to have agreed that controlling the size of a population could not be a relevant political goal. The question of individual rights of reproduction versus the discussion about global rights to use the earth seemed to have been decided in favor of the individual and his right to self-determination. The population, as the historian Matthew Connelly summed up in his book Fatal Missconception.The Struggle to Control World Population (2008) show a tendency to grow more and more slowly, regardless of whether governments have implemented programs against population growth or not. So why should thinking about the population and corresponding family planning programs to limit them still be good?

Population as an object of liberal science

Understanding population as a concept of political planning threw Western post-war societies into a dilemma: the guarantee of individual freedoms and the rational management of global resources seemed to be mutually exclusive, a conflict that could not be finally resolved. Because in this concept the global social issues encountered the intimate private lives of billions of people. In his famous article in 1968, Garett Hardin spoke of the "tragedy of the commons" and called for government coercion: The world population would continue to grow as long as each individual was free to avail himself of any place on earth. The only solution, according to the human ecologist Hardin, is a certain compulsion that restricts individual freedoms in the question of reproduction. 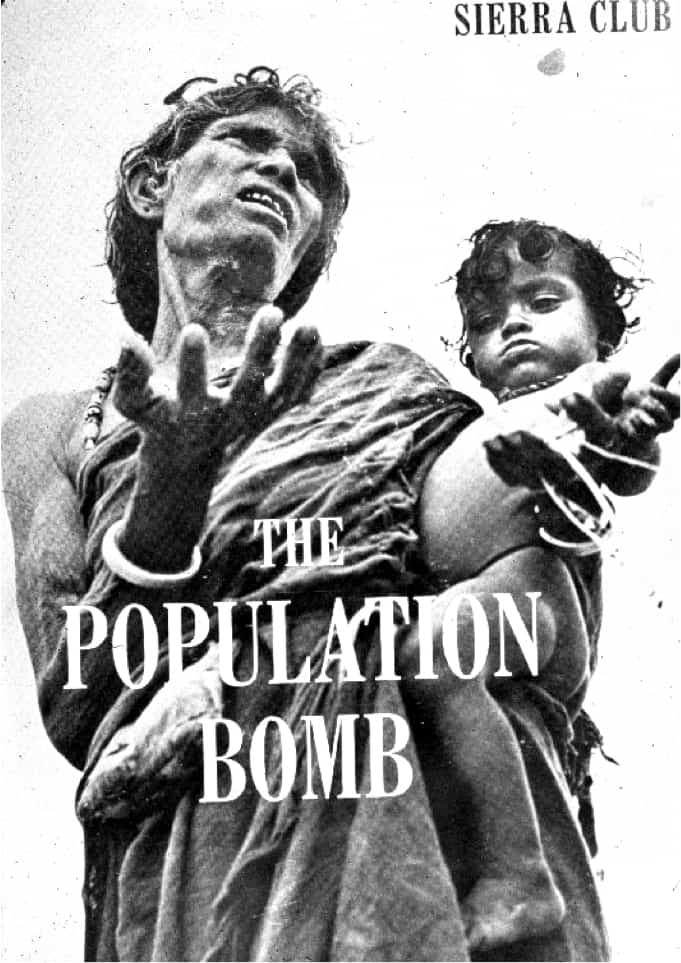 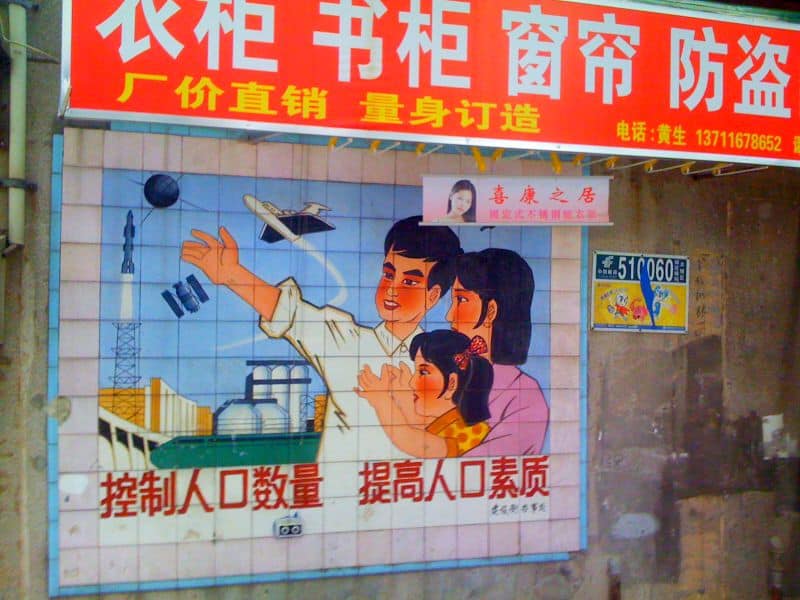 His statements were echoed in the 1970s and 80s when, in some countries in the global south, incentive systems such as sterilization and family planning actually drifted into coercive measures. Such a case of a sterilization program in Kerala, India quickly became a hotly debated topic (as did the Chinese one-child policy later). In the women's movement of the 1960s and 1970s in particular, the legitimacy of such measures was also discussed with regard to the liberation of women from certain “reproductive burdens”. At the same time, however, there was the question of the long-term benefit of sexual self-determination, through which the discussion about the development of the “world population” soon entered into a dialogue with the social policy of Western European societies. For example, the advocates of abortion liberalization regularly traveled to the “Third World” in order to broaden their own horizons of experience - not always with the intention of protecting local women from coercive measures.

In the post-war era, direct coercion seemed to be just an interim solution in the scientific population discourse. Rational choice should instead become an important element of a behavior-based modernization theory, which should take the place of state coercive measures in the medium term. Especially in the suspected demographic problem countries, i.e. the countries with a high population growth of three percent per year, a change in behavior should be brought about through information and education about individual risks, but also about global problems. Institutions such as the United Nations Population Fund or the New York Population Council were important nodes of such programs. The induced "rationality" of the reproductive decision, however, in principle excluded the "choice": because ultimately, according to the hypothesis of the behavioral researchers in these institutions, an individual or a couple cannot rationally decide for more than two children if all the relevant information is available would be available.  The paradigm of rationality, as the critics understood it up until the 1980s, was ultimately a different, a little more subtle form of coercion, not least with regard to gender boundaries There would be a “male” position in questions of reproduction, but only a “rational” one.

No end in sight 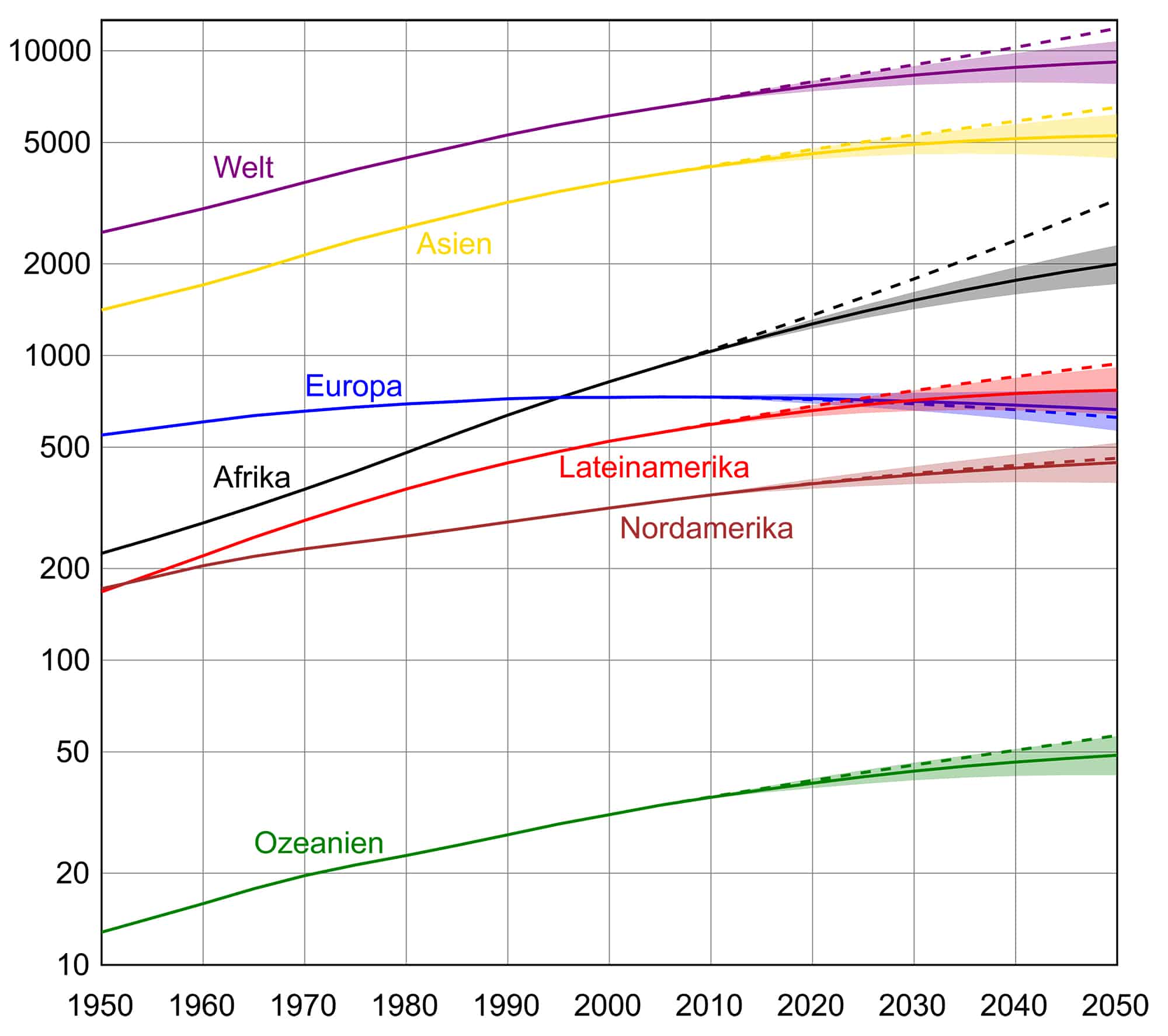 But in the end the big question of the coexistence or conflict of global needs and individual rights remained unanswered. The debates about the pros and cons remained in the 1990s - sometime around the last World Population Conference in Cairo and the last World Conference on Women in Beijing - and the connection between population and development initially lost its explosive media power. It was not least the demographic developments themselves that contributed to this: the term “demographic transition” established by Frank Notestein in 1945 under the impression of rapid population growth retained its paradigmatic character. But since around the beginning of the 21st century, the model has predicted that the pace of population growth will initially slow down, then later growth itself will slow down and at some point it will reverse. In fact, the world population grew by around 150 percent between 1950 and 2000, and between 2000 and 2050 it will probably only be 50. It took eleven years for the world population to rise from six to seven billion (2011). It will be twelve years up to the eight billion, and from then on more and more. The UN is now assuming: "The 12th billion baby will never be born".

So an end to the alarmism? No, because it has never been a direct product of real overpopulation. Demographic fears can hardly be explained by demographic development itself since the times of Robert Malthus, who warned at the beginning of the 19th century against the inadequate nutritional basis for a steadily growing population. The feared divergence between the number of people on the one hand and the resource and nutritional basis on the other has not only never occurred, there have always been a large number of authors over the past two hundred years who have been able to argue well-founded against such catastrophe scenarios. But they never received the same attention as Paul Ehrlich's neo-Malthusian crisis scenarios did in the 1960s.

Ultimately, the “over” or “under” does not seem to be of great importance in the concept of the population. Often it is not about the numbers themselves, but about the normative ideas of society and the direction in which their development is supposed to go that they carry with them. This explains, for example, the connection between worries about the world population and a new family policy, which has been increasingly discussed again since the early 2000s. For example, it seems hard to imagine that the German “Elterngeld” will be discussed in a discussion Not in terms of rising or falling birth rates, but can simply be seen as part of a family-oriented policy - as a policy that aims to improve the quality of life. The fact that parents can spend more time with their child does not seem to be of any value in itself; rather, a reference to the increasing population is needed in the political debate.

It is precisely because the basis for demographic fears so often lie apart from the numbers that they work so well as a political argument. They are characterized by two real phantasms: on the one hand, visions of the future are negotiated through the imagination of demographic development - “modern” and “traditional” lifestyles are defined in detail by means of family forms and sizes. On the other hand, the size of national populations also becomes important when it is tied to ideas of the nation and its historical development and "mission". Nowhere was this more tangible than in the - albeit convincingly failed - Ecopop initiative in Switzerland, which wanted to buy the image of an isolated Swiss culture at the price of delivering condoms and IUDs to the Third World.

You can support us by sharing this article: FacebookTwitter 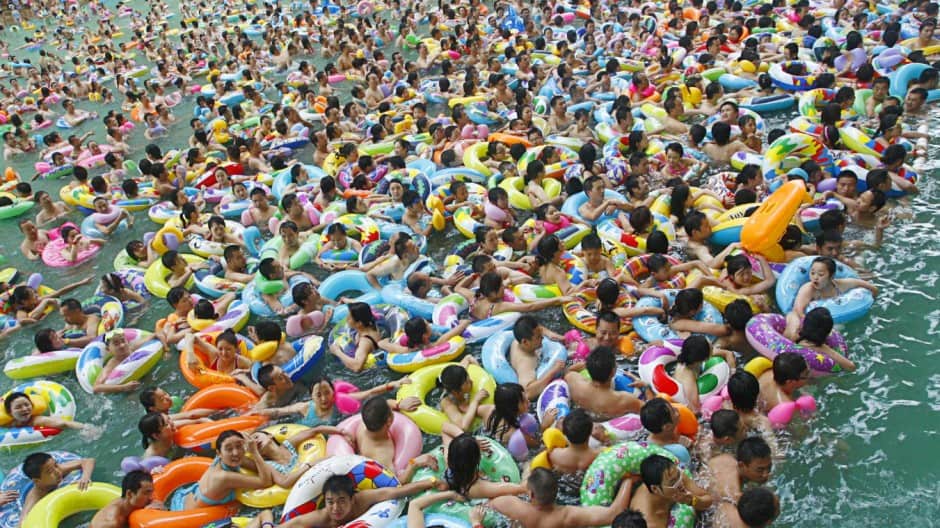 On the other hand, the cool discussion of population size and development has a sexual moral core to this day. Because speaking about reproductive “rights” and “duties” always means presuming a discursive sovereignty over the actions of others. "Reproduction patterns" are assigned according to regions of the world or religious affiliation. For example, Asian population growth has been the name of the game since Paul Ehrlichs Population bomb (1971) a threat to western civilizations. And the German Daily news can count on the silent nod of her audience when she lets Indian doctor Lalit Mohan Pant announce his success in a cover report on population problems: "Nobody has sterilized as many women as I". It doesn't take a lot of imagination to imagine the corresponding indignation if a similar report were made about family programs in Germany or other European countries. In any case, the keyword “population” is a welcome platform for the moralizing discussion about the sexuality of others. Because with the argument of the common good, the reproductive ability of other people also seems to be assessable.

The UN's forecasts for world population remain cautiously optimistic, and a cautious easing of the situation remains indicated. But the political debate about the population is still shaped by the normative interventions of the media public. On the contrary - the greater the other social uncertainties - fears of relegation, global terrorism, etc. - the more the population has returned to the discursive agenda of the political public. It will probably never completely disappear from there, because the underlying questions revolve around something completely different: morality, the future, the rights of the individual and the constraints of the common good. In any case, these questions cannot be resolved with a discussion of population figures.