India is the world's largest provider of software outsourcing services. Motivated by a significantly lower wage level, (mainly American) companies have been outsourcing IT services to India since the 1990s.

The average income in India doesn't say much about the actual salary of an Indian software developer. The IT industry is by far the most transparent and understandable in India when it comes to income. Nevertheless, wages vary significantly depending on the region, experience and personal qualifications.

The median income of a young professional (programmer with up to three years of professional experience) is around 400,000 rupees (equivalent to € 5,500 gross) per year. The range of salaries, however, fluctuates between 180,000 and 880,000 rupees. This range is enormous and also reflects the differences in quality that exist in India quite well.

As a foreign company, you only want to work with (internationally) experienced IT experts. Only “Senior Software Engineers”, i.e. software developers with at least 5 to 7 years of professional experience, come into question. Their median salary is 730,000 rupees (around € 10,000 annual gross). That is almost twice as much as the salary of a junior developer. (Note: The wage level at project manager level is then twice as high.)

But even with senior software engineers, wages and salaries differ significantly. Because the bandwidth for an experienced programmer (C ++ or Java) is between 400,000 and 1,100,000 rupees (equivalent to € 17,500), depending on the location, technology and expertise.

On average, the highest salaries are paid in Bangalore, Delhi and Mumbai (25-30% above median) and significantly lower incomes in Kolkata and the smaller cities such as Ahmedabad, Trivandrum and Kochi.

Salary distribution of a senior software developer in Bangalore (Payscale) 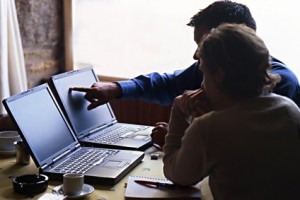 You can use the above guideline values ​​to calculate internally - for example, if you hand over your software project to an external outsourcing service provider or directly employ an employee in India (attention to the problem of permanent establishments).

Regardless of which model you choose, the commissioned agency will / must charge you around 100 percent for personnel search, infrastructure, project management, risk etc. This means that the real costs for qualified personnel in India are at least (!) € 8 to € 16 per hour.

As you can see, there is no such thing as an “average income in India” or it will not get you anywhere. The Indian personnel market is extremely heterogeneous and the income differences are enormous. So only work with the very best people. Because for cheap there is only cheap!

If you employ software developers in India and want to benefit from the lower salary level, you can read more in the following publication.

This is how outsourcing and software development can work in India.

Source: Payscale.com or
. personal experience in recruiting IT specialists in India