What is the carbon footprint on the internet

CO2 footprint on the Internet - Am I surfing the climate broken?

Flying harms the climate. I know that. Driving too. I realize But surf the net, post photos, stream films?

I hadn't given it much thought - until I read headlines like «Streaming is the new way of flying» or «‹ As internet users we unintentionally contribute to environmental destruction ›».

My everyday life on the internet

That unsettles you, after all, a large part of my everyday life takes place online. Not only at work as a journalist, but also privately: reading news, chatting with friends, watching videos - nothing works without the Internet.

I want clarity about my online ecological footprint and start looking for answers. On the net, of course. But it starts here: How many greenhouse gases does a Google search cause? I read from 7.2 or 0.2 grams of CO2.

CO2 emissions from a Google search

Inconsistent numbers that I can't do anything with. That's why I'm calling Vlad Coroamă. He is researching computer science and sustainability at the ETH Zurich and has been dealing with the topic for more than ten years. 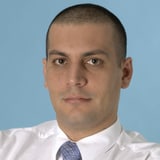 Vlad Coroamă is a lecturer and senior assistant at the Department of Computer Science at ETH Zurich. His research and teaching focuses on technical energy informatics and the more theoretical-social analysis of informatics and sustainability. Coroamă has been dealing with this topic for over ten years.

SRF: How much CO2 does a search query cause? And: does that harm the climate?

Vlad Coroamă: A Harvard researcher claimed in 2009 that a Google search produced 7 grams of CO2. That was an exaggeration even then. Google itself said it was 0.2 grams, 10 years ago. Since then, efficiency has increased by 15 to 20 percent - every year. Therefore: A search query hardly costs any energy. You can google as much as you want.

WWW does not come from the cloud

So I can continue browsing the Internet with some peace of mind. I realize: The World Wide Web does not come from a cloud - even if it looks that way thanks to wireless technology. Behind this are cable networks, radio antennas, and data centers. All of this takes energy.

It's not just my end devices like laptops, televisions and modems that consume electricity. But also the networks that transport the data and the servers on which the data is stored. Not only in operation, but also in the manufacture of the devices.

A lot comes together. In a report, the environmental organization Greenpeace states: If the Internet were a country, it would be third in the world in terms of electricity consumption.

Where does the CO2 come from?

Because more than half of the world's electricity comes from fossil sources such as coal or natural gas, the consumption of electricity also creates climate-damaging CO2.

According to ETH researcher Vlad Coroamă, around 1.5 percent of global greenhouse gases are due to digitization. Digitization is more than just the Internet. This also includes bank servers that are not connected to the network or energy-hungry Bitcoin mining.

The Swiss electricity from my socket hardly causes any greenhouse gases because it comes mainly from hydropower and nuclear power.

SRF: So my end devices are practically CO2-free. But what about the current that the data needs on its way to me?

Vlad Coroamă: Of course, the end devices here run on low-CO2 Swiss electricity. Part of the networks too. The question is: where does the data come from? What is clicked a lot is actually often stored locally in Swiss data centers: be it the last Microsoft software update, a popular Netflix series or 'Gangnam Style' on YouTube.

The user never knows exactly where the data is coming from.

It is not worthwhile for the Internet provider to fetch this data from far away every time. If I look at rather unpopular content, it's different. Ultimately, however, the user cannot know where the data is coming from. If they come from local servers, only low-carbon Swiss electricity is used there.

When I surf in this country, the electricity for the entire data transport is often low in CO2. As a user in Switzerland, do I hardly have any influence on the greenhouse gas emissions of the Internet?

Well: Saving energy is always good, of course, even if it is CO2-free energy. Because Switzerland can perhaps export this electricity. Then less coal electricity will be used elsewhere.

Replace old devices or not?

So it doesn't matter how much electricity I use. With this thought, my old cell phone worries me. It is said that our electrical appliances are becoming more economical from year to year.

SRF: My smartphone model is a good 6 years old - would I be traveling with a newer one that is not more energy-efficient and more climate-friendly?

Vlad Coroamă: No - because it's a smartphone. The production of a new smartphone requires a lot more energy than what the device consumes at the socket over its entire lifetime.

The production of a new smartphone takes an incredible amount of energy.

It is different with larger devices such as televisions. There it will probably be worthwhile earlier to replace an old one with a new, significantly more energy-efficient one. For smartphones and tablets: gnaw on the old ones as much as you can. That's pretty much better than having a new one produced, even if it's a bit more efficient.

Too bad - I was hoping to have found a reason to replace the thing. But just: The production of our electronic gadgets is very energy-intensive.

Data also needs a lot of energy on its journey through the network. The larger the amount of data, the higher the power consumption: audios eat less than videos. HD resolution videos less than 4K.

About 75 percent of global traffic today is due to video. Video streaming was therefore condemned as a climate killer. Nevertheless:

SRF: When I think of the DVDs from the past, the trips to the video rental shop, streaming has to be much better in comparison. Or sir Coroamă?

Vlad Coroamă: In fact, streaming is energetically 50 to 100 times cheaper than DVD - including production, transport, and a portion of my way to pick up the DVD.

Now, however, so-called rebound effects play a major role: a DVD used to cost 30 francs and I had to go buy it. Today I just have to turn on the TV and the film is included in the subscription. It's a lot easier and cheaper, so I consume significantly more.

It even goes so far that I use energy without actually consuming it. For example - and even I do that, although I do research in the field and should actually know better: For the sake of simplicity, I listen to music on YouTube. Then video data is sent even though I'm only interested in the sound. That would only be a tenth of the amount of data compared to video.

Because it's much cheaper these days, I stream more - and so use more energy.

So streaming per minute of video is indeed more efficient than DVD. But there is much more being watched. The overall balance is therefore unclear and, overall, has probably gotten worse.

Technological progress has not only made video viewing more energy efficient, but also cheaper and simpler. The result: we consume more. The bottom line is that the total energy consumption hardly drops. That is the rebound effect.

Not an easy answer

Data that comes to me from a distance or from close by. Energy-saving devices that use a lot of energy to manufacture. Rebound effects that nullify efficiency gains:

Science does not have a simple answer to my question about the ecological footprint on the internet. But maybe the environmental associations? I ask Georg Klingler, head of the climate campaign at Greenpeace Switzerland. 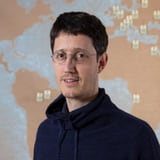 Georg Klingler studied environmental science at the ETH Zurich and is now in charge of the climate campaign at Greenpeace Switzerland.

SRF: How big is the problem of our internet consumption for the climate?

Georg Klingler: Most of the climate emissions from the internet come from the still widespread production of electricity with coal. The solution to the problem is well known, and more and more providers are turning to renewable electricity.

There are also digital applications with climate benefits, for example when working at home instead of commuting or even flying.

For this reason, I would not primarily focus on the Internet to solve our climate problems. I have a lot more worries about flying. First, because globally only a few people fly at all, so few cause a relatively high amount of damage.

Second, there are still no solutions for climate-friendly growth - as is the case with the Internet.

So I wouldn't live much more climate-friendly if I stream less?

When it comes to what I, as a consumer, can do for the climate, I say: ‹Eat a vegetable diet and avoid flying and the combustion engine.› These are the most important areas.

To solve our climate problems, we should primarily avoid flying and animal products.

In my opinion, less streaming once a week has - compared to other measures - a very small effect.

The climate impact that I cause as an individual user is therefore rather small. But as more and more people are sending more and more data around, it could be a problem for society as a whole. Or become one. 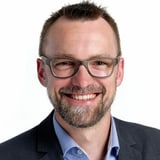 Matthias Stürmer is managing director of the parliamentary group on digital sustainability “Parldigi” and a member of the board of the EPP City of Bern. Professionally, Stürmer heads the Digital Sustainability Research Center at the University of Bern.

SRF: Are energy consumption and the impact of the internet on the climate an issue in Swiss politics?

Matthias Stürmer: In the past there have been individual initiatives in parliament that dealt with digitization and electricity.

The climate impact of the internet is a marginal issue in Swiss politics.

But it is a marginal issue. In the Parldigi group we have never explicitly dealt with the topic either, but we will do so in the future.

Optimism thanks to renewable energies

The climate impact of the internet is therefore not the biggest problem that needs to be solved for Greenpeace and politics. Probably also because it is hoped that the World Wide Web will become greener and greener in the future with electricity from renewable sources.

As long as coal is still in use, surfing also means emitting CO2. Much less than with many other activities, however.

It is now clear to me: The Internet is not THE climate killer. But it takes energy - more than I realized.

Reading this article also eats up electricity. On average, it should be around two watt hours, as Vlad Coroamă calculated for me. A comparison: Statistically, a Swiss person consumes an average of 100 watt hours of electricity in the approximately 8 minutes it takes to read this article.

So two watt hours are not much. Very little. But it's not nothing either.