Hong Kong is run by China

In spite of massive criticism from abroad, the Chinese leadership has decided on a radical reform of the electoral law for Hong Kong. The 167 members of the Standing Committee in the People's Congress unanimously approved the changes that had been initiated in mid-March.

The reform gives Beijing control over the selection of candidates in parliamentary elections in Hong Kong and allows certain candidates to be excluded. This is to ensure that Hong Kong can only be run by "patriots". The influence of the opposition on political decisions is significantly reduced.

The committee for the election of the Hong Kong head of government will be enlarged from 1200 to 1500 members. At the same time, the 117 district councils of the Chinese special administrative zone, which almost exclusively belong to the democracy camp, will be removed from the body. In Hong Kong's parliament, too, which will be enlarged from 70 to 90 seats, voices critical of Beijing will be quieter in future: only 20 instead of the previous 35 members will be directly elected by the people. A majority of 40 seats is assigned by a committee that is close to the central government. They go to jail for freedom: democracy activists in Hong Kong (archive image)

The remaining 30 parliamentarians are to be selected from so-called specialist constituencies, which represent certain industries and are traditionally also considered loyal to Beijing. According to the reform, candidates must undergo an examination of their political views. The new national security apparatus is also to be included in the candidate approval process.

"Beijing is giving democracy in Hong Kong the fatal blow," said the chairman of the human rights committee in the German Bundestag, Gyde Jensen. From now on there will be a "bogus parliament" there - just like in mainland China, the FDP politician said. The electoral law reform had sparked massive international protest even before it was formally confirmed. US Secretary of State Antony Blinken spoke of a "direct attack on the autonomy promised to Hong Kong under the Sino-British joint declaration" of 1997. 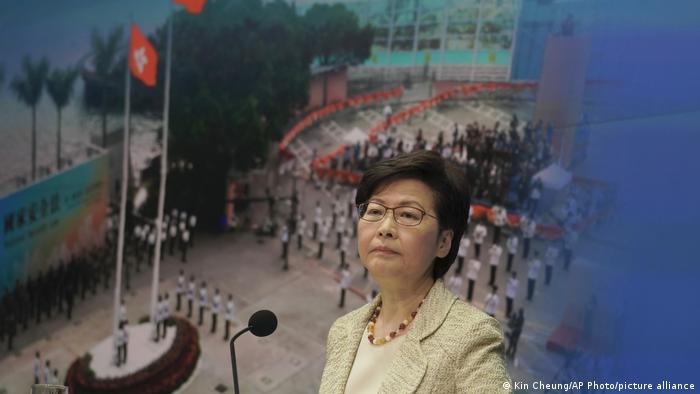 With the reform of the electoral law, the Hong Kong democracy movement is now on the defensive. In June the central government had already enacted a controversial security law in the island metropolis, which critics see as a means of suppressing the opposition.

Now the political structure of the former British crown colony is changing more than ever since it was returned to China more than 20 years ago. At that time, according to the principle of "one country, two systems", Beijing had guaranteed Hong Kong autonomy and freedom for at least five decades, which the people of the People's Republic would otherwise not have.

Following the adoption of the latest reform, the head of government of the Special Administrative Region, Carrie Lam, promptly announced that elections would be held in December - those elections that had been postponed more than a year ago with reference to the corona pandemic.