What are some unusual Christmas traditions

Christmas all over the world: strange, unusual, funny, unusual

For some, Christmas is the pinnacle of consumer madness and for others it is the preservation of traditional traditions and the living out of religious customs. The customs are at least as diverse as the people who live in this world.

Let's be honest: Christmas is best with children who still believe in all the Christmas stories.

Do you remember how exciting the Christmas season was? The advent calendar should sweeten the waiting time, but instead (at least my sister and I) tried desperately to hide from the parents that the chocolate advent calendar was empty long before December 24th.

On Christmas Eve we had to wait until dusk. Then it went to my sister's room to sing. (At this point again an apology to the neighbors at the time - we were forced!) Of course, my father always had to go to the toilet at this very moment and when he came back he was sure that he had heard the Christ Child in the nicely decorated living room was of course basically the first to try to see something through the keyhole of the living room door. In the meantime, the rest of the family was more or less patiently behind me, after all, the Christ Child shouldn't be disturbed! After a short while, either curiosity or my annoyed sister won out and we stormed to the Christmas tree, under which the presents were.

In addition, there was always a huge plate of sweets. We mostly ate the leftovers at Easter, which was due to the fact that my mother had hidden the packs so well before Christmas that some things came to light when she pulled out the spring clothes. Oh, were those days ...

Christmas in other countries

Now that the magic of Christmas has long since faded, the festival is no longer as exciting as it used to be. We never celebrated it for religious reasons, and while giving and receiving presents is fun, it's hardly surprising. Sure, it's a great occasion to get together with the family again, but sometimes quite stressful.

So I decided to rediscover Christmas, look to the right and left and get to know new traditions and customs. Our world is growing closer and closer together and we benefit from learning from other people and cultures. As with almost every other internationally celebrated festival, there are also international customs and traditions for Christmas. I wanted to know which ones they are. I found what I was looking for on Wikipedia, among other places. Many are very similar to ours, but some Christmas customs from all over the world can only be described with the following adjectives: strange, bizarre, strange, unusual, weird, funny, fancy or just plain strange. Do you want examples? No problem, here are my 15 highlights:

In addition to these idiosyncratic Christmas customs, many countries also celebrate at different times. The Philippines celebrate the longest: in mid-October the first Christmas hits are on the radio, on December 16 the Christmas season is officially and literally ushered in (with church bells). In other countries - like Russia - Christmas is not celebrated until January. The Russians have also postponed the New Year to January 11, because they celebrate according to the old Julian calendar of Julius Caesar.

Incidentally, the famous Christmas Islands in the Indian Ocean don't know Christmas, as they are predominantly inhabited by Muslims and Buddhists. They were only so named because they were discovered on December 25, 1643.

I like to join the Veggi Christmas tradition, even on all Christmas holidays. But fasting for weeks before Christmas? No chance! I prefer to support the economy and consume a lot of sweet Christmas treats!

As a kid, were you confused too? There was talk of Nicholas, Santa Claus and the Christ Child. Who should still have an overview ?! I wanted to know exactly, but I received very different information, especially from Santa Claus Nicholas According to geo.de, it goes back to the canonized Nicholas, a bishop from the 4th century who celebrated his name day on December 6th. Other sources say that St. Nicholas died on December 6, 345 and that we celebrate St. Nicholas Day in memory of his good deeds, which, according to stern.de, was slowly replaced in the 16th century by the Christ child replaced: "As an opponent of the Catholic veneration of saints, the reformer Martin Luther replaced St. Nicholas with the fictional figure in an angelic robe. This also made the birthday of Jesus Christ the actual day of Christmas presents. "And then came Coca Cola ...

At the end of the 18th century, the Christ Child gradually developed into the Santa Claus and with it our way of celebrating Christmas today. The image of Santa Claus was not uniform; Appearance and clothing were very different. In the early 1930s, Coca Cola commissioned the Swede Haddon Sundblom to develop a Christmas campaign. According to helles-koepfchen.de, he had the idea of ​​using Santa Claus as an advertising figure. Since the company colors were red and white even then, Santa Claus was dressed accordingly and got his current appearance. This image became so memorable that Santa Claus has been portrayed this way ever since.

Christmas is in a few weeks and we wish you a peaceful pre-Christmas period and relaxed Christmas days with your loved ones. Perhaps you too will take up a new, foreign Christmas tradition this year or remember old, long-forgotten family customs. 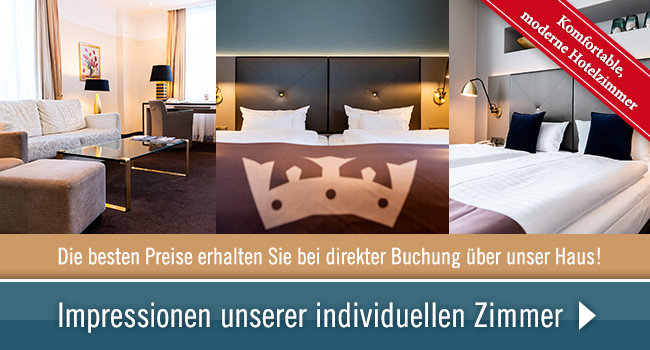 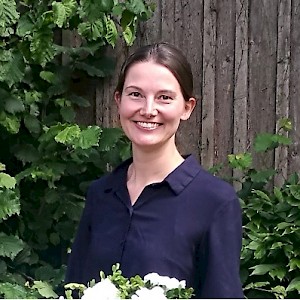 The tourism industry has been my professional home since 2002. I worked as a travel agent for the first five years, and in 2007 I switched to the hotel industry, which I left at the end of 2019. My passion is to discover new countries, but also to discover my own homeland, to track down current trends and topics from the industry and to inspire others. With my blog articles I would like to inspire you, show you how diverse the hotel industry and the Münsterland region are, and encourage you to think outside the box every now and then.
We look forward to praise and criticism or suggestions for new topics that you would like to read about. Write us an email at [email protected]!