How does Shanghai compare to Taipei?

When the first typhoon of the year hit Taiwan recently, uprooting trees and devastating fields, I was able to explore a world that was new to me 700 kilometers further north with dry feet: I was in Shanghai for the first time. And it was very different from what I expected. 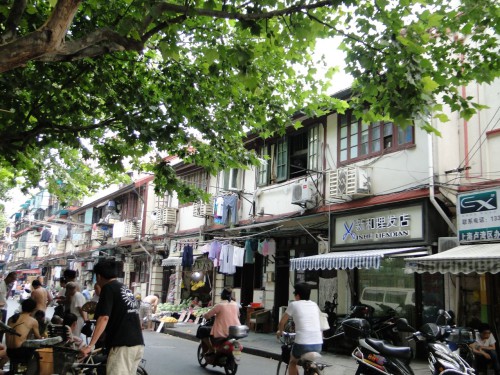 A seminar by the Konrad Adenauer Foundation took me to Shanghai. For a week I helped nine young German and Chinese journalists to write a magazine on the topic of “sustainability” together. A great cross-cultural experience and impressive evidence of how sweat and inspiration can quickly turn into tangible results. As soon as our magazine is out, I will also upload a PDF file. 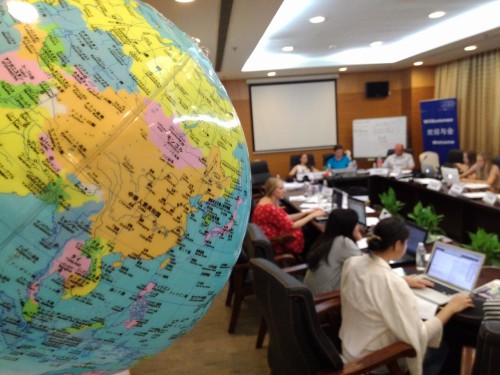 So Shanghai. Of course, I had a lot of clichés in my head beforehand - like it is when you have never traveled to a place. Even though I had to spend most of the time in the seminar room, I was fortunate to be able to form a few impressions of my own.

The time in Shanghai reminded me of my trip to Hong Kong five years ago, shortly before the end of my very first trip to Taiwan. Back then, too, I noticed many small and large differences between the cities.

These are my Shanghai impressions compared to Taipei:

There are six or seven million people living in the Taipei metropolitan area besides me. From a German point of view, it is quite crowded here. 23 million live in Shanghai - as many as in all of Taiwan. 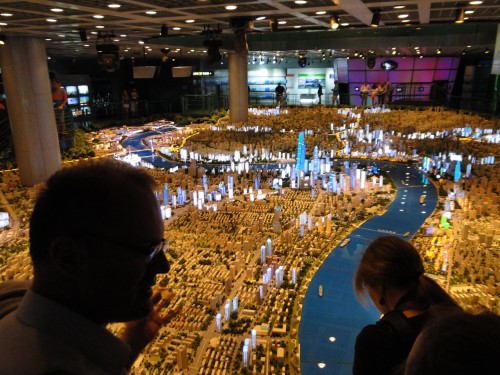 Taipei is a big city, Shanghai is a mega city. If you whiz in a taxi over the high streets that criss-cross the city, skyscrapers can pass by for an hour outside and you don't have the feeling of leaving the city center behind.

In Taipei, a 20-story building is strikingly high. Nobody in Shanghai would take a second look at it. 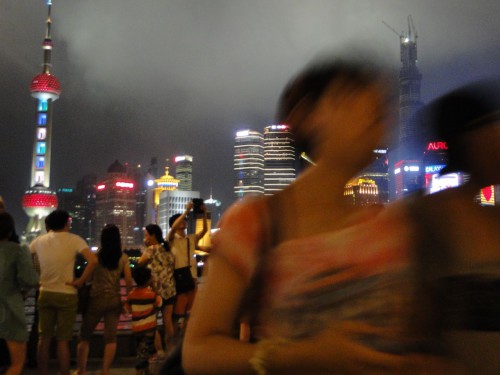 Only the Taipei 101 with its 500 meters would cut a good figure in the skyscraper backdrop of Pudong. The Shanghai Tower, which is still under construction (on the photo on the right, with cranes on top), would tower over it by more than 100 meters.

Here in Taipei, as a western foreigner, I get noticed everywhere. In Shanghai, “Laowai” (they say that instead of “Waiguoren”) are much more natural as tourists and business people. And when it comes to nightlife, they make up the absolute majority in the queues for trendy bars.

Shanghai has a marriage market.

Chinese parents are turning to self-help: At Platz des Volkes, the central park in the heart of the city, dozens of mothers and fathers stand in the dense crowd like in a bazaar. They don't advertise goods, they advertise their children. Women who are approaching 30 are considered difficult to place (keyword 剩 女 or “remnant women”). At the same time, many men cannot find a partner. 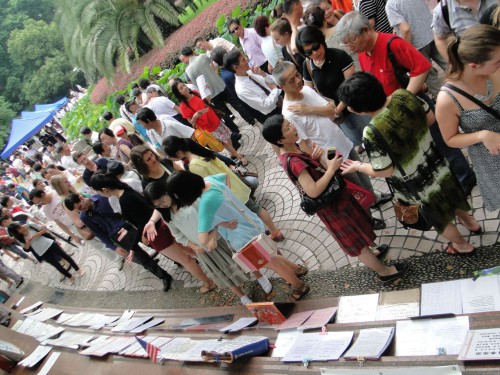 Gender, age, height and professional training - these are the most important data on the pieces of paper that you present to passers-by. No photos. Some put open umbrellas on the floor, to which they attach their contact displays. They hold their positions firmly. 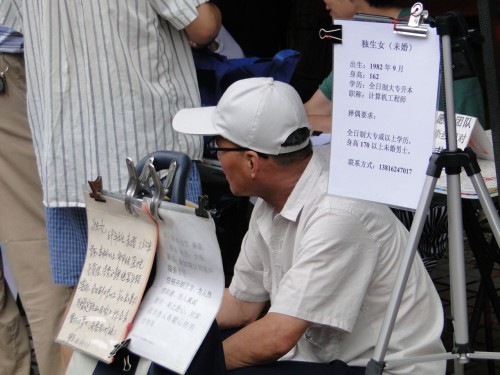 Do the children know that their parents are looking for spouses here?

Will this method really be successful? 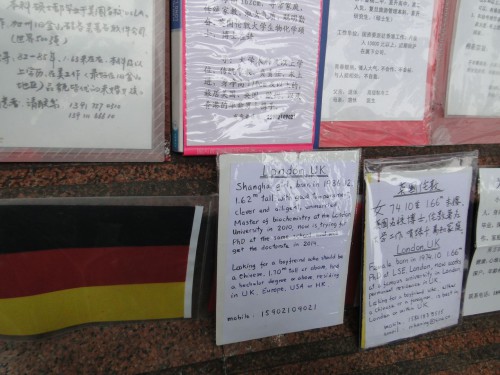 One thing is certain: there are no such marriage markets in Taipei. The pressure here is probably not that great, and the gender ratio is more balanced than in China, where many daughters are aborted as a result of the one-child policy. (Such gender-specific abortions also exist in Taiwan, but less frequently. Of course, they are illegal.)

Shanghai pays attention to its appearance.

It's not just the glittering glass facades of the skyscrapers that make a difference. Even the normal prefabricated buildings at least once had someone freshly painted, and no rusty lattice cages spoil the windows. Such well-tended facades had already impressed me in Singapore. So it works.

Because anyone who comes to Taipei from Germany for the first time has to take a deep breath. The external appearance of most of the buildings here is downright daunting. Historic buildings in good condition are a rarity anyway.

In the shadow of the skyscrapers, however, a few secluded alleyways have been preserved and restored in the former French quarter of Shanghai. 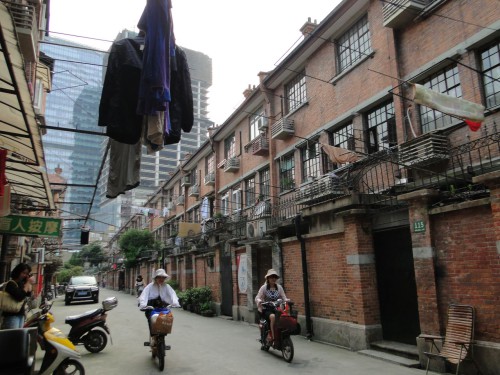 I expected one designer boutique or luxury bar next to the other, but actually normal people still live there. 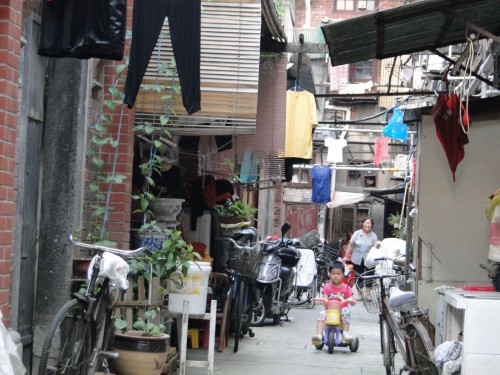 Shanghai's traffic has other problems.

There are far fewer scooters in Shanghai than in Taipei, and most of them are electrically powered. The good thing about it: The sidewalks are not used as scooter parking spaces. The disadvantage: pedestrians cannot hear the e-scooters when they rush up. This is particularly dangerous when crossing green pedestrian traffic lights - scooter drivers in Shanghai generally don't follow them and just drive through. Lots of cars too, by the way. So better look three times!

The word that helmets are compulsory has not yet got around to Shanghai - I haven't seen a single driver with a hard hat.

The Taiwanese have been in Shanghai for a long time. 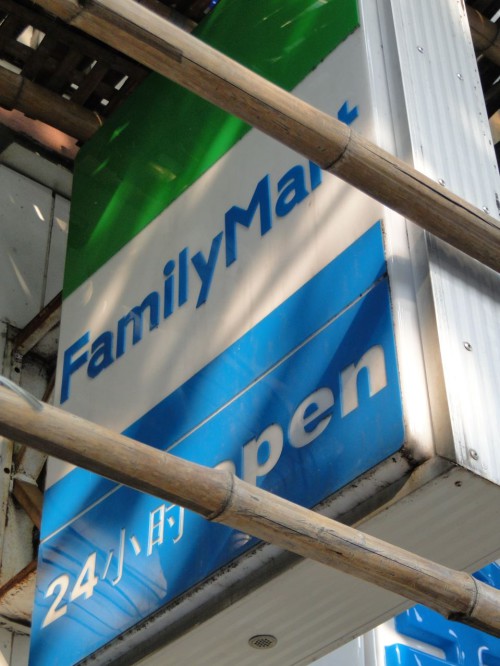 Only if you look closely can you see the differences on the logos: short instead of long characters. 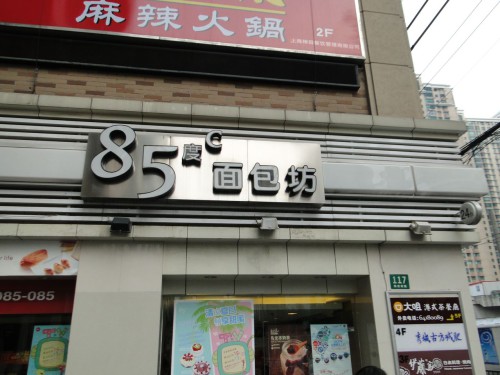 ... there are traditional characters in Shanghai too.

At the central place of the people, of all places. My Taiwan-trained eye immediately noticed this sign: 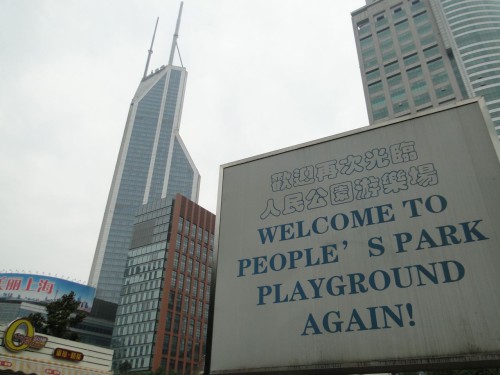 How does it come about? No idea. Our Chinese companions were amazed themselves. 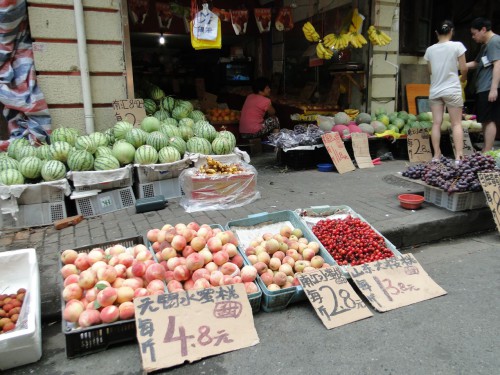 So much for my little insight into big China. After all, I've now seen it myself. I will definitely return to Shanghai at some point, but there are tons of other places around Taiwan that are on my travel list. For example:

There's much to see!