Why does life suck so much

The Ten Most Curious Facts About Ticks

Exciting things about the unpopular arachnids

Did you know that ticks have their noses on their front legs? In addition, the small arachnids can do without food for many years. And although the unpleasant journeymen are not long-distance runners, they always have “narcotics” and “glue” in their luggage. 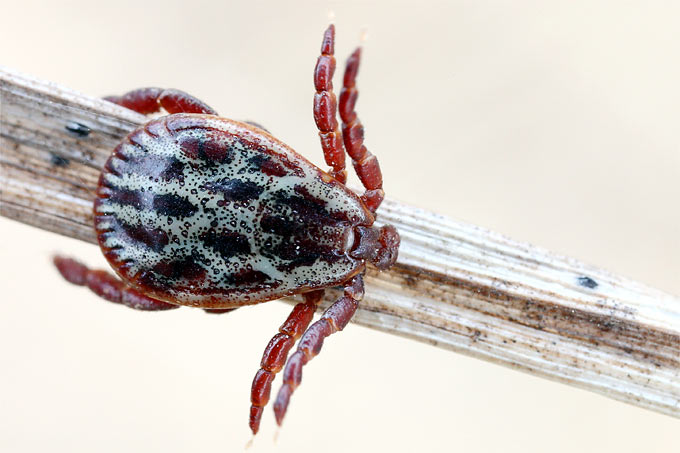 1. Ticks have their nose on the front leg
Ticks can smell their victims even though they don't have real noses. But they have a special organ on the front part with which they can "smell" certain substances. The "tick nose" is called "Haller's organ" by biologists. For example, it registers substances contained in sweat such as butyric acid or ammonia, as well as carbon dioxide that is produced when you exhale. This is how ticks can recognize their victims.

2. Ticks like to sit on blades of grass and wave their front legs
In order to better reach its victims, the tick climbs on grasses and bushes. An adult tick can climb up to 1.50 meters high. Most of the time, however, it can be found at knee to hip height. Once the tick has taken up its hunting position, it often stretches its front legs up in order to better perceive all the scents in its environment with its Haller organ.

If the host brushes against the tick, it quickly grabs the skin, fur or clothing with the strong claws on its front legs and holds on. A touch of a few fractions of a second is sufficient for this.

3. Ticks can go without food for 10 years
Ticks are real survivors. A tick can be satisfied for a very long time with a single meal of blood. In the laboratory, ticks that had previously sucked blood could survive for up to ten 10 years without any further food. In the wild, the wood tick lives an average of three to five years.

4. Ticks can "migrate" over forests and even oceans
Ticks are not long-distance runners. They can cover short distances with astonishing speed, but after just a few meters they are exhausted. Nevertheless, ticks spread across countries, even across continents. You travel as stowaways when transporting wood. Or they cover longer distances with their hosts, for example birds or deer.

5. Ticks are 200 times heavier after a meal than before
Adult females can add 100 to 200 times their body weight with a single meal. If a person wanted to do that, they would have to eat pizza until it weighs about as much as a truck. 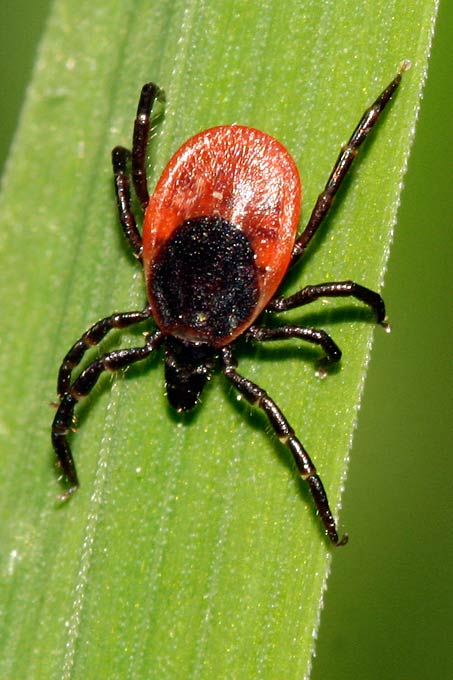 6. Tick children have 2,000 siblings
A female tick can lay between 2000 and 20,000 eggs at a time. A layer of wax protects the eggs and binds them together. Because there are so many eggs at once, they are also called "tick caviar".

But that alone is not enough to prevent the host from simply scratching the tick away. That is why the tick has another trick up its sleeve: 5-30 minutes after the bite, it produces a kind of glue that sticks it firmly to the host.

8. Male ticks die immediately after mating
The male tick is much smaller than the female. To mate, it climbs under the female's belly while the female sits on a host and sucks blood. The male dies after mating - and the female continues to suckle calmly to gather strength for the upcoming egg-laying.

9. How rhinos and giraffes protect themselves from ticks
There are many different types of ticks in Africa too. And rhinos are also plagued by them. However, they have a little helper who frees them from the ticks: the pond turtle. On hot days, the rhinos like to lie in the mud by the river. There pond turtles search the skin of the gray giants for soaked ticks and pluck them from their skin.

You will hardly ever find a tick on a giraffe either. The reason for this is simple: ticks don't like the smell that giraffes give off.

10. Ticks survive in the washing machine
Ticks generally have no problem with moisture. Therefore, even a washing machine is not necessarily a life-threatening environment for them. It only becomes critical for ticks when washing is particularly hot or when they end up in the dryer.

more on the subject