Cairo is the best city in Egypt

There is a narrow tunnel in front of me. He leads me into Egypt's second largest pyramid. The Chephren pyramid is 136 meters high. The air is thin and it gets noticeably warmer the further I follow the narrow, 54-meter-long tunnel that ends in a dimly lit burial chamber. Here I try not to think of the countless stone blocks above me, but to admire the massive granite sarcophagus. And then I take a deep breath and make my way back to the daylight. 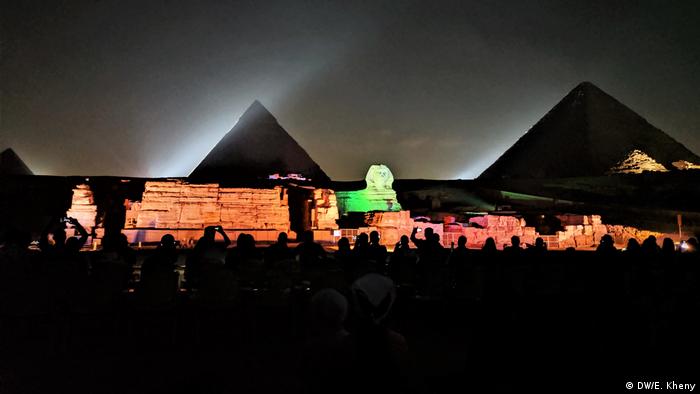 I arrived the evening before and immediately witnessed a spectacular sound and light show. Dancing hieroglyphs and bright colors bathed the three famous pyramids of Giza, including the Khafre pyramid, in a magical light. The voices of the narrators accompanying the show echoed through the desert. I was enchanted by the stories of the pharaohs, their families and subjects.

From 3100-332 BC 30 ruler dynasties had built pyramids, temples and statues across the country in their belief in the many gods and goddesses of ancient Egypt. 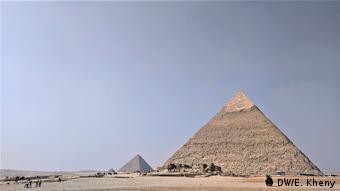 In the 4th dynasty, the large, world-famous pyramids were built with a square floor plan and surfaces that tapered smoothly towards the top. The three pyramids of Giza, around 15 kilometers from Cairo city center, also belong to this category. The largest is the Pyramid of Cheops, the middle one is the Pyramid of Chephren, which I have visited, and the smallest of the three is the pyramid of Pharaoh Mykerinos. The three namesake of the buildings ruled in this order. Cheops was the father of Chephren, Mykerinos his grandson.

In the shadow of the great pyramid of Cheops 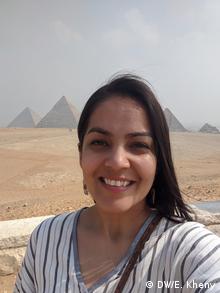 A selfie in front of the pyramids

The modern city of Giza belongs to the greater Cairo area and is getting closer and closer to the three pyramids, so that it almost destroys the illusion of being immersed in history. Only busy roads separate the growing city from the desert around the pyramids. Buses and cars are everywhere, people on camels and horses crowd to the three major sights that are UNESCO World Heritage Sites.

It is high season in Egypt, and you can tell by the tourist crowds. I let myself be carried away by the crowd and land in the shadow of the great pyramid of Cheops. Beneficial, because the Egyptian sun burns down relentlessly from the sky. The building rises 139 meters in height, the large blocks of limestone and granite seem to have been stacked endlessly. The pyramid is said to consist of over 2 million of these blocks!

I let my hand slide over one of the smooth stone blocks and imagine how it was mined in the quarry and transported across the Nile. That was more than 4600 years ago! When it was completed, the pyramid was completely clad in white, polished limestone. Today this layer can no longer be seen, visitors can only try to imagine the past glory of this structure, which is still impressive today.

In the next few hours I learn that the pharaohs who were buried in the pyramids were equipped with everything they needed to travel to the afterlife. In ancient Egypt, people believed that the blue sky was a sea that had to be crossed after death in order to live on forever. And for this the pharaohs needed ships that were stored in sealed pits around the Cheops pyramids. Such a ship, found in 1954 and reconstructed with 1,224 pieces of wood, can be viewed in the museum next to the pyramid. It gives visitors an idea of ​​how exactly the Egyptians planned a funeral. 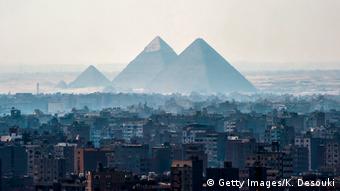 The pyramids are not far from the city center

After an exciting morning in Giza, I make my way to downtown Cairo, to Tahrir Square. He was the epicenter of the demonstrations during the 2011 revolution. They resulted in Egypt's then President Muhammad Husni Mubarak being ousted from office.

Today everyday life dominates the square, but heavily armed police officers patrol the area. The place is under close observation. As are all the tourist attractions in and around Cairo. There are many security precautions such as car checks, metal detectors, security guards, and cameras. I feel safe. The signs in English, the friendly people and the tour guides, who help me to overcome the language barriers, give me even more security.

The 35-year-old travel guide Muhammad Samara tells me the recent history of Egypt: "We not only had a revolution in 2011, but also one in 2013. Both of them had a major impact on tourism. During this time, few visitors came here, around three up to four million. For three years I couldn't work in the industry, but had to earn my money in a call center. Now it's back to how it used to be. Muhammad looks to the future with confidence. At the moment, German and French visitors in particular are vacationing in Egypt, but more and more Chinese are also coming. Muhammad is a passionate tourist guide, he loves his country, his work. He studied history and has been an English tour guide since 2007 - his dream job. 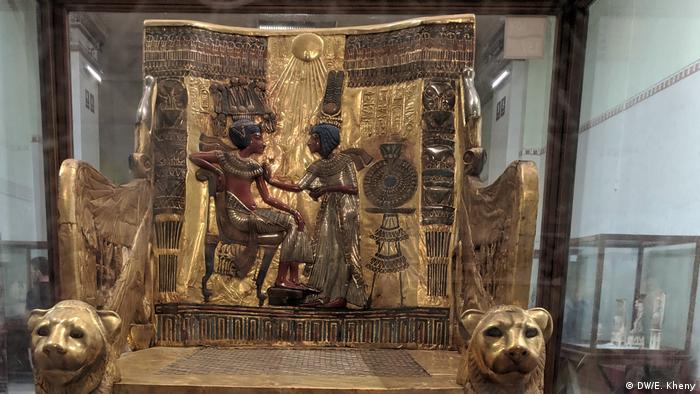 This Tutankhamun chair is made of gilded wood

Just a few steps from Tahrir Square is the famous Egyptian Museum with around 120,000 exhibits. Muhammad leads me from one room to the next, showing me artifacts, telling stories and explaining symbols. We walk past a small ivory figure of Cheops, the world-famous Narmer palette - a showpiece made of slate with reliefs - and other works of art that are thousands of years old.

I could list many more exhibits, but my absolute highlight are the objects around the pharaoh Tutankhamun. He was a member of the 18th dynasty and ruled for ten years. He died when he was only 19 years old. His real fame awaited him after his death. In November 1922, the British archaeologist Howard Carter discovered his completely preserved tomb in the Valley of the Kings in Luxor. His death mask made of around ten kilograms of solid gold, which is exhibited in the Egyptian Museum, is particularly spectacular and famous. I look in awe at the display case full of gold, silver and precious stones. 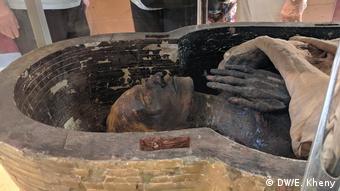 One highlight follows the next. I am now standing in front of Tutenchamun's great-grandparents: Yuya and Thuja. Her well-preserved hair, lips, nails and cheekbones send a shiver down my spine. The two mummies were discovered in very good condition, which indicates a high-quality mummification. This ancient Egyptian ritual to preserve the dead body lasted for 70 days. The brain and internal organs were systematically removed, then the deceased was rubbed with palm wine and aromatic essences. Soda was used to dehydrate the body, embalm the dry skin and wrap the corpse in bandages from head to toe.

Strolling in the Chan el-Chalili market

After a day of concentrated information, I want to go shopping and plunge into the labyrinth of shops at the Chan el-Chalili market. The old souk dates from the late 14th century and is a popular tourist attraction. The masses jostle here - visitors and dealers who advertise their goods. 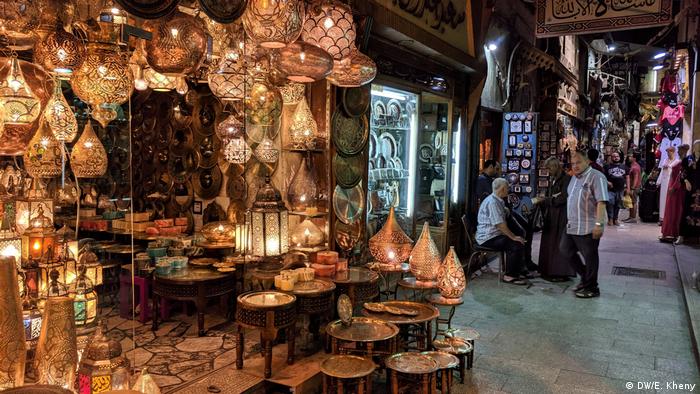 I find papyrus rolls, hand-woven carpets, painted alabaster cups and fragrant spices. Haggling over the price is the top priority here - from medicine to clothing. I've prepared myself and I'm not doing too badly. But I am always on the lookout for thieves, who have an easy job in the crowd, to lighten tourists' wallets. Otherwise, however, I also feel safe here between the English-speaking tourists and the locals.

When I arrived in Cairo, I immediately noticed how chaotic and loud the city is. There is constant desert dust in the air, the muezzins call five times a day from the minarets, and the streets are suffocated by rush hour traffic. A visit is therefore exhausting, but also very exciting. In just a short time I saw the sunrise over the Nile from my hotel window, was deep inside a pyramid, stood in front of mummies and immersed myself in the hustle and bustle of city life. In Cairo, ancient history meets the present - a very interesting mix!