What are the benefits of Ayatul Kursi

"Allah has no god but Him, the Living, the Eternal. He does not take hold of slumber or sleep. To Him belongs what is in the heavens and what is on earth. Who is it who could intercede with Him except with His permission He knows what lies before them and what lies behind them; but they understand nothing of His knowledge unless what He wills. His throne extends far over the heavens and the earth, and it is not difficult for him to ( both) to preserve. And He is the High, the Exalted. " (Quran 2: 255)

Introduction: what is the verse from Kursi? 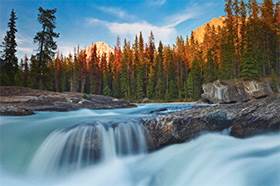 The second chapter of the Muslim scriptures, the Quran, is Surah al-Baqara or called ‘The Cow’. It contains a beautiful and important verse, the greatest verse in the book. In Arabic as Ayat al-Kursi known, the verse speaks wonderfully about God. This verse is known for its deep meaning, rhythmic and sublime language, inspiring and comforting message, and glorious description of the power and attributes of God. The verse summarizes in powerful words the basic principles of the Islamic faith, quotes those qualities of God that most aptly convey the meaning of the Islamic principle of Tawheed, the oneness of God.

The verse has often won the admiration of non-Muslims: "... a great description of divine majesty and providence: but it cannot be assumed that the translation comes close to the dignity of the original." (Sale). "One of the most admirable passages in the Koran" (Lane). "One of the greatest verses of the Quran" (Wherry).

The Quran, or Islamic script, is unique in the sense that it was fully revealed to the Prophet Muhammad in Arabic, and he particularly praised certain passages and promised special rewards for reciting them. The Prophet Muhammad said:

"Everything has its climax, and the climax of the Quran is Surah al-Baqara. In it is a verse that is the greatest in the Quran. "(Tirmidhi)

When a believer sincerely believes in these attributes of God, it frees them from fear and fear of the unknown. It also makes him strive to be pious and righteous, knowing that he will be held accountable for his actions on Judgment Day, when nothing comes to his aid except his piety and faith. It makes him reject the claims of polytheists who believe in many deities and who claim that there are other gods besides God.

Since it is the greatest verse in the Quran, Muslims are encouraged to recite it regularly. Prophet Muhammad said that for someone who reads this verse after every prayer, Muslims pray five times a day, only that person's life (which ends in death) separates that person from entering Paradise. The believer who recites it after a compulsory prayer is under the care and protection of God until the beginning of the next prayer. [1]

Finally the Prophet said that the recitation of Ayah al-Kursi protects you, your children and your home. [2]

This verse consists of ten sentences. A brief explanation of them follows:

"Allah there is no god but Him."

There is no god but Him. No one is entitled to worship but Him. None is in his place or with him to worship. This is the purpose of our lives and the reason God sent the prophets and revealed the scriptures. And ultimately, it is this aspect that will be decided on Judgment Day.

This statement clearly distinguishes the Islamic concept of God from that of the Trinity, which was adopted by the councils of the Christian Church long after Jesus, and from the pagan beliefs of the ancient Egyptians who mistook God for the sun and the existence of lower gods recognized beside Him.

"the living, the eternal."

While everything on this earth is mortal and temporary, God is eternal and always alive. It is God Who sustains everything and everyone. The living, i.e. the eternal, who has no beginning and no end. In other words, this is His attribute and not the quality of being alive (in the sense that we understand life). All things that are worshiped next to God are not forever alive, nor does creation depend on them. Rather, they themselves are dependent on God for their existence and maintenance.

God the self-sufficient, who receives everything else. It doesn't change and it doesn't go away. Creation cannot exist without God holding it together.

And God blessed the seventh day and made it holy, because on it he rested from all his works which God created and made. "(Genesis 2: 2, 3)

"Neither slumber nor sleep seizes him."

No lack, ignorance, or ignorance ever touches God. He is more knowledgeable of all things and controls everything that every soul deserves, has a perfect overview, nothing escapes his knowledge, and no secret is hidden from him. Among His perfect attributes is the fact that He will never be overcome by slumber or sleep. In fact, He began this verse with slumber, which is an easier state than sleep, which is a much deeper state. In other words, He is telling us that if He didn't even fall asleep, let alone sleep!

Everything on earth follows a cycle. The sun rises and sinks. The tides come and go. The moon is waning and waxing. Living things are born and then they die. But our Creator is not like the things we see around us. God is free from all imperfections, physical needs and weaknesses. Neither slumber nor sleep overtakes him.

"To him belongs what is in the heavens and what is on earth."

Whatever is in and between them belongs to God. He is the Most High, the Caring, the King, the Regulator. All creatures are in His Kingdom and He is able to do whatever He pleases with them.

This concept gives a new definition of property that is applied to individual human beings. For since God is the ultimate owner of everything that exists, no one can claim to be the absolute owner of anything in this world.

Humans are therefore only custodians of what they have that has been entrusted to them by God. Accordingly, they are bound by the custody of Almighty God, the ultimate owner, which He has revealed to mankind. Any violation of these terms will result in disqualification and reprimand against the trustee.

[2]Saw al-Bukhari and others.