What is the best gift for managers

Merry Christmas! A gift for every type of manager

Every year managers have the same presents under the Christmas tree. Then raw silk ties from Italy, fine wines from Bordeaux and overpriced wellness vouchers for Ayurveda cures await the same, unfortunate fate: disregard. Or, even worse, feigned joy: "Oh, a tie!"

Because you can't lump managers (and the right gifts for them) together, we have identified the most important types of managers. We wish you lots of fun in the run-up to Christmas with our manager gift tips. 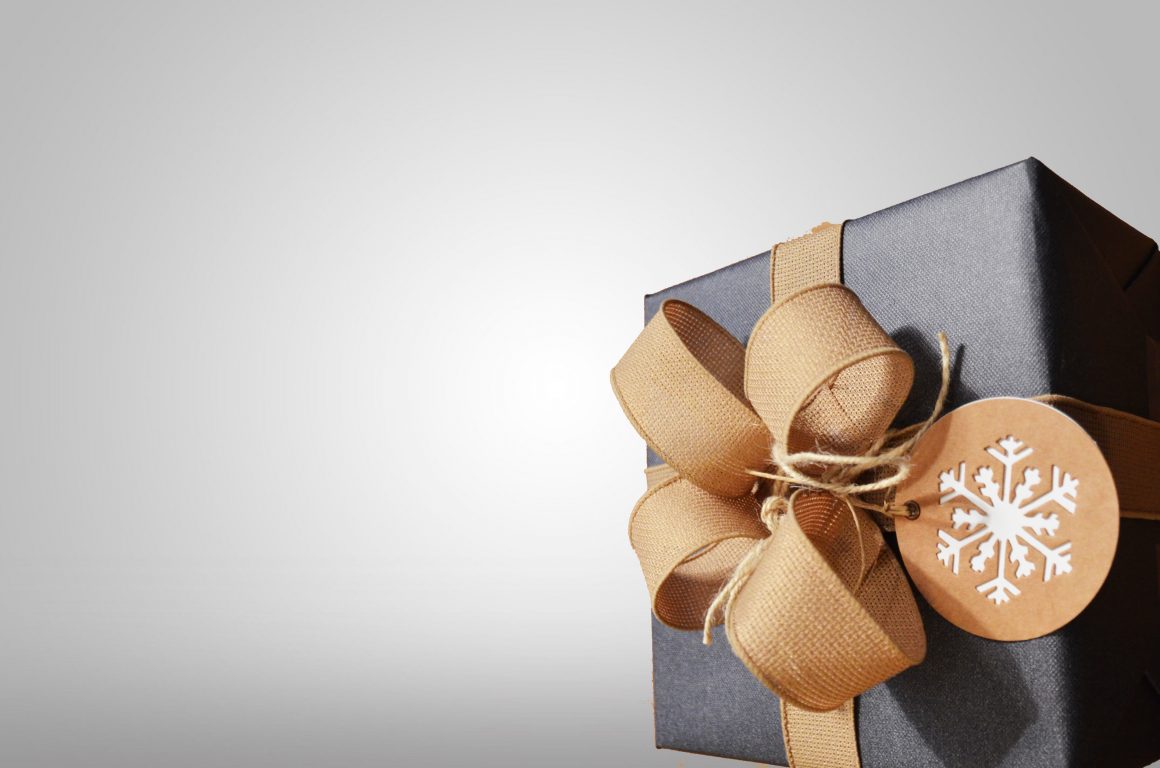 Still no idea what to give yourself or your manager colleagues? We provide inspiration (a tie is not included - we promise!)

Manager type:The correct manager values ​​accuracy. This applies to his diet (wholegrain bread with vegan coconut spread, hazelnuts harvested under the full moon) as well as to his work ethic. His office has to be fair and error-free. Otherwise the correct person has no joke at all. Neither with his team members nor with his supervisor. The former he politely but firmly points out their wrongdoing, the latter he tries to convince with arguments.

The perfect gift:A challenging oneGalaxy puzzle, that can never be puzzled to the end. There is no beginning and no end. No alpha and no omega.

That's why he's happy about it: Puzzles are primarily about looking for the right parts and not necessarily about completing the work. The puzzle offers the correct person the chance to break away from his meticulous manner and unhealthy perfectionism - making mistakes is impossible. Because the puzzle can be started and continued at any point.

Manager type: The stressed man chases from one appointment to the next, his to-do list gets longer with every passing day. His digital mailbox takes five minutes to load before it reluctantly opens. The stressed would like to get out of his skin, but his sense of responsibility for the company and for his department is more important to him than his own well-being.

The perfect gift: ARelax armchair made of recycled wood. The seating furniture made of old oak barrels is comfortable and casual for up to two people - a dream come true for relaxing.

That's why he's happy: The stressed person is happy about the opportunity to switch off. And if he ever finds the time: You can also oil or paint the armchair yourself. Physical work should be a good balance to mental work.

Manager type: The athlete reports to his team at regular intervals about the Iron Man training status. And the way he does sports, he also works. Always at the limit, with full commitment. But he also knows when to take the necessary breaks. And his employees also benefit from his sportiness, which goes hand in hand with fairness.

The perfect gift:The Smart rope - a skipping rope. But not just any, but a gimmick that counts jumps and calories and displays this information via LED in real time during training.

That's why he's happy about it: The sporty person needs something with which he can awaken his fighting spirit in the office - everyone in the company knows that he tears off the 40 kilometers to the office every morning on the racing bike. By training with the Smart Rope in a meeting, he can finally show all his colleagues what the hammer is.

Manager type: The philistine likes to show off his petty bourgeois soul. Especially on the catwalk between the office and the canteen. He presents his slides in the meeting on the overhead projector, which he does not want to say goodbye to. And even the strict chief of protocol in the Federal President's Office would put his meticulously conducted employee interviews in the folder as a model example.

The perfect gift: Above all, he knows his mother. She recommends to her son the "Carpet in the shoe". A sock made from climate regulating merino wool.

That's why he's happy about it: The philistine depends on tried and tested ideas, tried and tested strategies and traditions. In his private life, too, the following applies to him: "Tradition is never out of fashion."

Manager type: The practitioner among the managers knows: in order to be successful, all gears must work together. He already uses his manual skills to vividly illustrate complex processes to team members. Constructs of thought are not his thing. He relies on closeness and literally takes his employees by the hand - his Walk & Talks are legend, his employee interviews are open-ended dialogues.

The perfect gift: A Swiss Army Knives. But not just any - this one delivers 87 tools with 141 functions in one! The egg-laying woolly milk sow among the tools.

That's why he's happy about it:The practical is efficient. That's why he loves things that are functional. And with which he can help out everywhere and thus oil the gears in the team: can opener for colleague Hans-Peter, cigar cutter for the boss, pincers for the caretaker. To ask?

Manager type: Technology determines his life. And his world of work. His carefully maintained to-do lists are of course fully synchronized via his three phones, two tablets and four smartwatches. With every technical device innovation, he is one of the first to click the "Order now" button - only to google a few seconds later for the next technology kick. Because in his software company there is no excuse for him to be second!

The perfect gift: Aremote controlled giant robot.This two and a half meter tall humanoid brings food to the table, mows the lawn, makes the beds - practical. And promising.

That's why he's happy about it:The geek knows: “I am future!” What could be more natural than a solid robot friendship? And best of all: The geek impresses his colleagues with the humanoid robot and its more than a thousand fine-motorized movement sequences - in the Jour Fixe or in the worldwide video conference.

Manager type: When the educated person is not in the middle of a conference call or has to lead a meeting, he enjoys listening to classical music. And thus increases its performance. He leads his meetings with the same verve as Marcel Reich-Ranicki of the “Literary Quartet”. They are discourses on a high intellectual level. The educated also likes to discuss the problematic overall situation of the company with a team workshop under the title “The Nutcracker”.

The perfect gift: A recording of Richard Wagner's "The Ring of the Nibelung"- which appeals to his intellectual pleasure center. And it really comes into its own on the local surround sound system.

That's why he's happy about it: The educated likes live recordings - and this will put him in high spirits. After all, Wagner's “Ring” is primarily about two things that also play central roles in his managerial life: money and power. And how you can lose both.

Manager type: He saves himself the car journey in the morning traffic jam - he prefers to take the tram to the office. There, time is gained for his favorite occupation: reading. The creative devours digital and analog material en masse. In meetings he always has all the information with him - as a printout for the accountants among his colleagues and of course in his head. That never lets him down. In brainstorming sessions, he is in top form and quotes from his extensive pool of ideas.

The perfect gift: The book shelf Italic shelf, its vertical shelf elements simply italic, that is italic are built in.

That's why he's happy about it: The creative needs space to organize his crazy and innovative ideas. And to accommodate his accumulated books. Billy is of course out of the question for him. Rather, he looks forward to the individual and the extraordinary. Something as special and creative as its user.

Manager type:Average is a horror to him, the extravagant strives for more - it is not for nothing that he is regularly voted “Manager of the Year” by the board. The extravagant feels like a (pre-) thinker of the company - as a real alpha animal. He can't stand the idea that someone else has more unusual ideas - or even wears a more unusual tie.

That's why he's happy about it: While his office staff present their latest pads and hyped wearables, he knows that true extravagance has nothing to do with trends. Fortunately, the pencil offers enough understatement - and at the same time represents a special homage to real poets and (pre-) thinkers. He also counts himself among them. 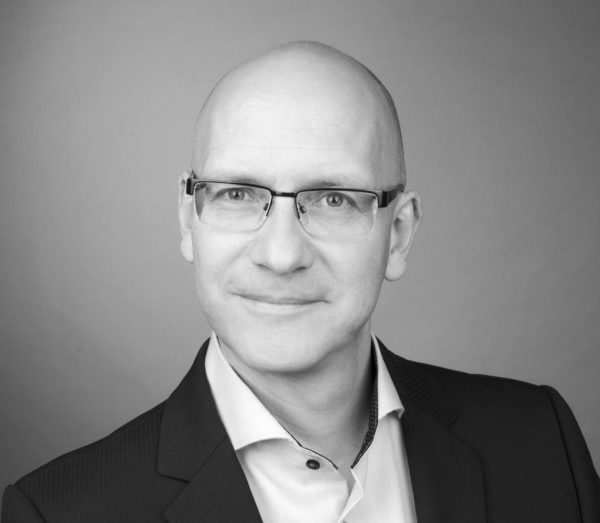 Jörg Peter Urbach is a writer, editor and Blogger with a passion for languages. He has been writing for more than 25 years. For print and online. Concepts. Stories. Technical article. After studying musicology, German literature and literature, Jörg Peter worked as an editorial manager in the classical music business. As the long-time editor-in-chief of the portal Wissen.de, he knows how to inspire readers and find topics.

Today he advises companies on content marketing and digital communication. When the Kiel native isn't writing, he hikes and photographs the Alps. Or listen to the opera. With mindfulness.