Which state do most US citizens come from?

German-American Day: There is so much German in the USA

45 million Americans have German roots. German-American Day on October 6th has been a reminder since 1987 in the USA of how German immigrants have contributed to culture and life. A journey through time:

1904 - The end of a community: The tragic journey of the "General Slocum"

Whether "Little Italy" or "Chinatown": The roots of the residents are still evident in these lively New York neighborhoods. The fact that this is exactly where the center of German life once was, with German street signs, beer gardens and pubs, is hardly noticeable today, apart from the trendy "Loreley Beer Garden". The neighborhood on the Lower East Side was called "Little Germany" at the beginning of the 20th century, when around 50,000 people lived here, most of them with German roots.

From "Little Germany" came the more than 1300 passengers of the paddle wheel steamer "General Slocum", which was hung with brightly colored flags and set off on a trip on the East River on June 15, 1904. It was Wednesday, a working day, and on board were mainly women and children from the Protestant community who wanted to go to Long Island for a picnic.
The happy excursion turned into a tragedy. The ship caught fire and panic broke out. The lifeboats could not be detached, the life jackets were broken. When the "General Slocum" finally ran aground, it was on fire and countless corpses floated in the river. 1,021 people died: To date, it is the largest civilian shipwreck in US history. Almost every resident of "Little Germany" had lost relatives. Most of the families left the area that reminded them of the disaster. In 1910 only a few German families lived on the Lower East Side. Italians and Chinese took over the streets. "Little Germany" had disappeared - like so many German traces in the USA. To discover them, a look back at history helps ... 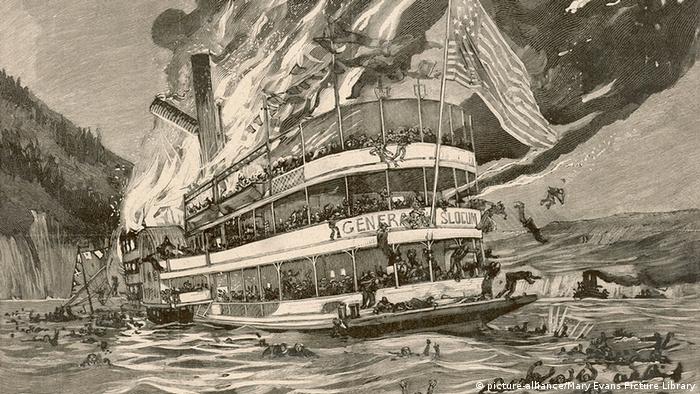 The three-master "Concord" had sailed the stormy Atlantic for more than two months before docking in the port of Philadelphia on October 6, 1683. There were also 13 German families on board, Mennonites from the vicinity of Krefeld. The idea of ​​an English Quaker had lured them to the "New World": This William Penn wanted to give religious refugees land for colonization. 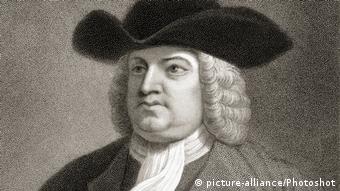 Because in the German principalities and kingdoms of the 17th century only the Catholic, Lutheran and Reformed Churches were allowed, other faiths were persecuted. In Penn's colony, the families called "Original 13" founded "Deitschesteddel": the first German settlement in today's USA. In 1790, when the fledgling United States of America started its first census, the state of Pennsylvania was home to 434,000 people, a third of them with German roots. To this day, their ancient-sounding "Pennsylvania Dutch" is spoken in some communities, such as the Amish. The former "Deitschesteddel" is now called "Germantown" and belongs to Philadelphia. German influence was also great in other regions of the USA, such as in the Midwest, e.g. in the states of Ohio, Illinois, Michigan or Wisconsin: Most of the Americans of German origin live here and many of the large breweries are German start-ups.

Every year on October 6th, the German-American Day commemorates the arrival of the first German settler group. 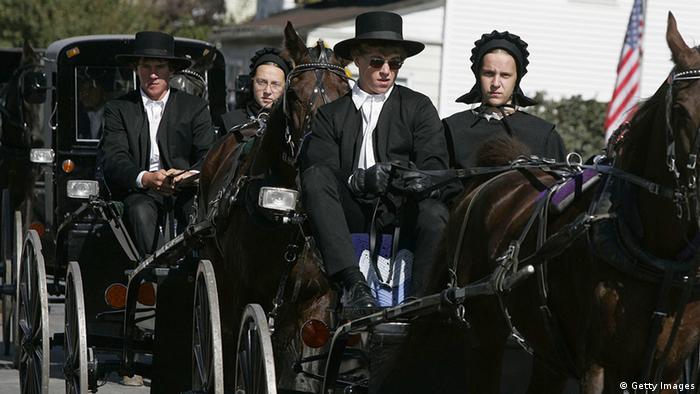 It is thanks to a true Prussian that the American colonialists were able to win the War of Independence (1775 - 1783) against the British colonial power: Friedrich Wilhelm von Steuben. Born in 1730, the scion of a soldier family had served under the Prussian King Frederick the Great before he met Benjamin Franklin in Paris. He recommended him to the commanding general of the overseas colonialists, George Washington. In 1778 Steuben arrived in the winter camp of the "Continental Army". His task: to form an army from the volunteers, who were actually farmers, merchants or politicians, which could stand up to the British professional soldiers. With Prussian discipline and drill, Steuben organized the training of the soldiers so thoroughly that they defeated the British. 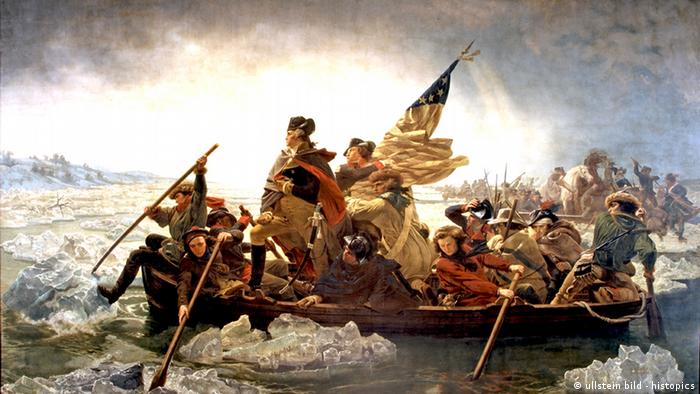 Since 1957, the annual Steuben Parade in New York has been commemorating one of the most important German-Americans of the early days.

German soldiers also fought in the American Civil War (1861-1865): like Franz Sigel from the vicinity of Heidelberg. The German lieutenant made it to major general and was one of the highest-ranking commanders in the Northern Army.

The civil war song "I goes to fight with Sigel", which was very popular at the time, reminds with its German-English wheel-breaking text of the roughly half a million German and German soldiers who took part on both sides in the war between the northern and southern states.

Franz Sigel was one of those in Europe who rebelled against princes and kings in 1848. After the failure of the revolution, he fled to the USA. Just like Fritz Anneke from Westphalia (who later also fought for the northern states during the civil war) and his wife Mathilde Franziska Anneke. 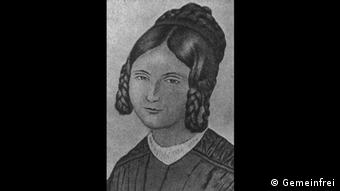 She had already worked as a journalist in Europe, including for a newspaper for which Heinrich Heine had also written.
In the USA she was now allowed to do what was forbidden in the German states: She gave lectures on educational opportunities, gender equality and against slavery. In 1852 she founded the German-language "Frauen-Zeitung", in 1869 she became the first vice-president of the "National Woman Suffrage Association" - and thus one of the most important women in the US women's movement.

Other "Forty-Eighters" also made careers in the USA: The revolutionary Friedrich Hecker was committed to the newly founded Republican Party and Carl Schurz became Minister of the Interior and advisor to US President Abraham Lincoln.
Overall, however, the former revolutionaries were only a small group among the emigrants. Most fled hunger and poverty to the west. And there were more and more: by the middle of the 19th century, a million Germans had moved to the USA. Only towards the end of the century did the numbers decline. 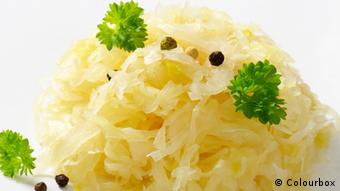 The First World War began in 1914. When the USA entered the war in 1917, the relationship with the German-Americans in the USA also changed. German-Americans Americanized their names, authorities called for a boycott of German goods. German terms disappeared from linguistic usage. Even the popular "Sauerkraut" was renamed: from then on it was called "Liberty Cabbage". And in the state of Illinois a pack ambushed the German-American Robert Prager, forced him to hoist the American flag and sing the national anthem. Finally he was hung up.

Already between the world wars, a lot of typically German had disappeared from everyday American life. And the people who fled to the USA from 1933 after the Nazis came to power in Germany no longer wanted to have anything to do with the country that persecuted Jews and other unpopular minorities and murdered millions of them. Many quickly became Americans. Like Henry Kissinger, who later became US Secretary of State, fled Germany with his Jewish family in 1938 as a teenager, took American citizenship in 1943 and fought as a GI against his country of birth. 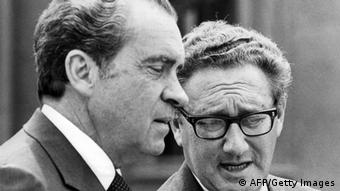 Unlike the Italians or Chinese who later immigrated, the traces left by the Germans are now rather hidden. And so closely interwoven with American culture that the two can hardly be separated. The country actually owes its name to a German: the cartographer Martin Waldseemüller. Because he gave the newly discovered country in the west his name on his world map from 1507: "America", after the navigator Amerigo Vespucci. After all, he wasn't German, but Italian.

This is an updated version of an earlier article.

For further reading:
Alexander Emmerich: The history of the Germans in America. From 1860 to the present, Cologne 2013
ZEIT history: Our America. How Germans shaped the USA, from the series ZEIT History, Volume 3/2011