How does a facefuck feel

Maria Mena's single wasn't a hit. There are two reasons. First, radio stations that usually appear to be the main grateful buyers of Mena's songs will have had a problem playing a track called "Fuck You". That once forced CeeLo Green to cross out "Fuck you" and instead sing "Forget you" in order to get regular airplay. You can find it stupid, but that's how it is. Reason two: When Mena's soft, clear voice says "Fuck you", it sounds like Phew, the bear telling bedtime stories to bouncers at St. Pauli.

The 27-year-old and her "weapon in mind" won't care. "Fuck you" goes to the address of those who verbally attack you in the anonymity of the Internet: "Insult me ​​all you want to but dare you do it to my face? Fuck you!" The Norwegian does not want to let it throw her off her emotional path (anymore). She is now married and dedicates a hearty and simply "I love you too" piano ballad to the bride and groom. Mena feels at home surrounded by a social network that catches her: "I am most inspired in the arms of those who love me", Mena sings in "Interesting", which flirts with dubstep rhythms in a pleasant way. So now Mena has caught the zeitgeist too.

The former Galapagos tortoise among the accepted, even honored, contemporary piano-pop ladies opens their songs to the electronic wilderness. Not only because between the strings there is a percussive-dominant "Lover let me in", a vague Coldplay riffing in "Madness", Ryan-Tedder-eskes-songwriting in the mediocre "Caught off guard, floored by love" and that close to High school pop scraping past "You make me feel good". But already in "Fuck you" the effects machine whirls through Mena's voice. And while in "I always liked that" a wonderfully cheesy carpet slips under Mena's voice, in "You're all telling stories" it disappears under the disgusting guise of a Eurovision truck. Well, and then there is the tragedy "All the love". Poor Mena. As if Novak Djokovic smashed the tennis racket against her larynx with every vowel. Match point fended off. 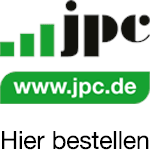 Threads in the Plattentests.de forum