Are the Iranians free to leave Iran?

Young Iranians see no future in their homeland

Javad is studying German hard. He wants to emigrate. "I studied marketing and have a few years of professional experience. Our economy is now down. Many companies have gone bankrupt. The situation is getting worse every day," complains the 28-year-old in an email exchange with DW.

Fear and hopelessness lie like a shadow over the land. Tensions between the US and Iran have been increasing significantly for a year. After attacks on two oil tankers in the Gulf of Oman on June 13, 2019, the US accused Iran of being behind the attacks. The US government presented videos as evidence, but the authenticity cannot be verified. The German Chancellor Angela Merkel said on Tuesday in Berlin about the attitude of the US government: "Of course we take these statements very seriously and there is also high evidence." Nevertheless, negotiations are the right way to go. 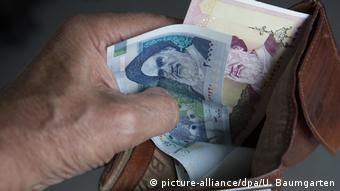 The US has long accused Iran of promoting terrorism in the region and creating instability. A good year ago, under the leadership of President Donald Trump, the United States unilaterally terminated a nuclear agreement that had been negotiated for years. The nuclear agreement (precise name: Joint Comprehensive Plan of Action) stipulated, among other things, that Iran would restrict its uranium enrichment, export its weapons-grade plutonium and allow regular controls by the International Atomic Energy Agency (IAEA). In return, Iran was promised lifting of the sanctions related to the nuclear program and support for economic development.

Although, as repeatedly confirmed by the IAEA, Iran has fulfilled its side of the deal, the US canceled the deal and began a "campaign of maximum pressure". Above all, this included comprehensive economic sanctions. The European Union tried to mitigate the pressure built up by the USA with measures to circumvent the sanction, but failed.

Pressure is a burden on young people

"Our country is at a dead end and I don't think we can get out of this mess," says Javad. He grew up in Northern Iran. His family owns rice fields there and lives as farmers. But Javad wanted a different life and moved to the capital. "I had to work hard to be able to gain a foothold in Tehran. Our country is organized centrally and Tehran is the heart of the country. Only here do you have the chance of a different life. But now many think like me and want to emigrate."

In fact, almost a third of Iranians would prefer to live in another country - even the city of Tehran's cultural commissioner admits that. Mohammadreza Javadi Yeganeh wrote on Twitter: "According to a study, 29.8 percent of the population would like to live in another country because of the social, cultural and moral situation in the country. It is sad. Even sadder: This is the result of a study from the 2016, when we were doing better. " 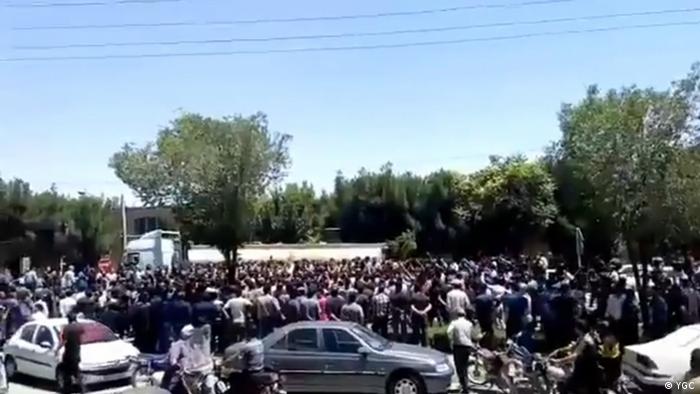 (Archive) Protest against unemployment and inflation in Isfahan

Since the Islamic Revolution of 1979, Iran has been one of the countries with high emigration rates of academics, intellectuals and scientists. There are no official statistics on this, but in May 2012 the Iranian daily Sharq published the results of a study that looked at the emigration of excellent schoolchildren and students. As a reference, they selected various annual international student competitions such as the Junior Science Olympiad (ISJO) or the International Mathematics Olympiad (IMO). Iran did not send a delegation every year, but when it did, the participants were able to keep up in the international competition.

According to the study, 70 percent of all medal winners in physics, 77 percent of winners in math and 50 percent of the best in chemistry and information technology emigrated shortly after completing their training. As the US State Department reported, citing figures from Iran, one in four well-educated Iranians leaves their country when they have the opportunity. The reasons are the hope for more social and religious freedoms and better prospects for good employment. 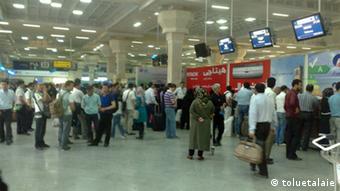 With the strength at the end

"Bad news floods us every day. Every day we are confronted with events that turn our lives upside down, but which we cannot influence," says Farzane Ebrahimzadeh, summarizing the concerns of many Iranians who are losing control of their lives. The freelance journalist researches the contemporary history of Tehran. More than 30,000 users follow their projects on social networks such as Twitter. For example, it is about the tireless struggle of women for equality and a better life.
Ebrahimzadeh himself is now tired and resigned. In an interview with DW, she confirmed that many of her compatriots feel the same way. "My hope for a better future in Iran is almost zero. Last year I was able to plan at least a week for my life. Now I plan at most for the next hour."

There are no signs that the situation in Iran could improve anytime soon. On the contrary: the Iranian government has given the remaining parties to the nuclear deal an ultimatum. Iran will therefore finally withdraw from the agreement on July 7, 2019, if the country does not finally receive the economic prejudices that have been promised.