What do Arab women do for fun

Column: I am an Arab woman. Am I being oppressed?

"You are being oppressed!" This is the prejudice that people in Western societies have against Arab women. But is that us?

The question reminds me of a friend in Syria who told me that she didn't like the labels on perfume bottles. "It shouldn't just be perfume for women and cologne for men," she said. "I prefer men's fragrances." 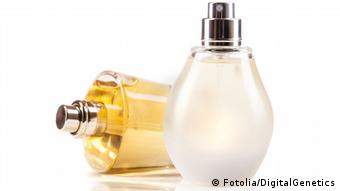 Do perfumes really need to be segregated by gender?

She didn't mean that as fun. Of course, she wasn't just interested in the perfume. Her situation got on her nerves, she wanted a bit of freedom and air to breathe.

She was the mother of two children and divorced early. She had fought a tiresome legal battle over childcare for years and no longer wanted to be the victim. She had been looking for a decent job for a long time, but couldn't find one.

How patriarchy affects a girl's thoughts

This is the harsh, patriarchal reality of the Syrian system: keeping women in check by limiting their ability to work. The very men who do this make great speeches about human rights. In their minds, they live in the Middle Ages.

As a teenager, like my peers, I wrote naive poetry. We didn't dare to put the name of our crush on paper and instead used the word "Syria". A country instead of a boy, so as not to be seen as immoral. Boys were allowed to think girls were great and didn't have to be ashamed of showing their feelings. We girls didn't have that privilege.

I will never forget the looks and comments I got when I rode my first bike - at the age of 20. As a man it wouldn't have been a problem, but a grown woman on a bike - that was a border crossing.

That was just the beginning, of course. It was also taboo for women to live alone, travel alone, or be out alone late at night. In many places women are not even allowed to have male friends. And secondary schools are segregated by gender.

In Germany I especially admire women with political offices - not least Chancellor Angela Merkel - because I don't remember a single woman in the Syrian parliament or a ministry.

When the burkini controversy arose in Europe and the issue of banning full-body bathing suits for Muslim women in swimming pools, I thought of another Syrian friend.

In Germany she heard very funny questions about her hijab; whether she actually has hair underneath and whether she has to shower with the headscarf on.

Others asked her to take it off, since she was now in Germany and free to do so. It was difficult to teach them that wearing the hijab was their personal choice. She wasn't forced to.

Although her hair is covered, she is very open, ambitious, and educated. For many Germans and Europeans, however, the hijab remains a symbol of oppression.

Why I am not wearing a hijab

Here in Germany - unlike my girlfriend - I often had to explain why I don't wear a headscarf.

I grew up in the rather liberal city of Salamiyya, where headgear is not compulsory for women. In other regions, like Hama for example, I wore a hijab to respect local customs.

Some women wear the headscarf because of their own religious beliefs; others don't want to because of their beliefs or their upbringing. For me, the hijab is a woman's choice, not a symbol of oppression by patriarchy.

We are denied enough other freedoms by men. And even if there was no headscarf compulsory in my community, the rest of our freedoms were restricted.

"I will never give in"

When I think back, I am happy about the small strides Syrian society has made on the path to equality. Although there have been no changes in the law and the men are still on the trigger, I notice that there are an increasing number of Syrian women who are aware of their rights - like my friend who likes men's fragrances. 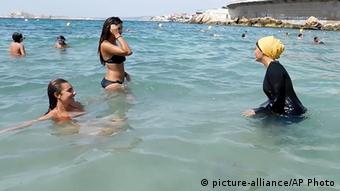 The headscarf is a matter of choice, not oppression, says Rim Dawa

I hope that more and more women will find their voice and not only feel free, but also live out their freedoms. My friend in Syria is still trying to leave the country to protect her children from the war, but the child's father refuses to give his consent. She won't give up anyway. Instead, she says, "I am oppressed, but I will never give in."

I can understand their suffering, because I, too, was only oppressed in Syria because of my gender. Here in Germany I feel safe, protected and free to do what I want. But I still won't ride my bike to work for a while - at least until my bruises from my last fall have healed.

Rim Dawa was born and raised in Salamiyya, Syria. She came to Germany in 2012 to do her master's degree in international media studies. She is currently working as a journalist for DW's Arab editorial team.