History Reloaded - What history teaches us 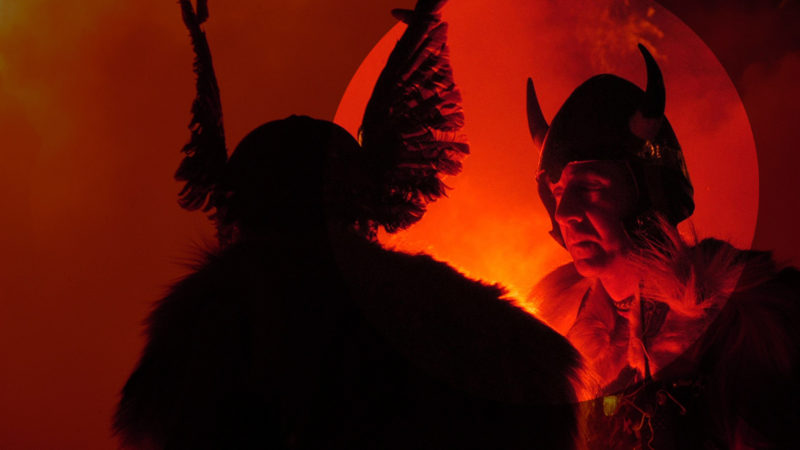 Tough women definitely had their place in the Norman imagination: fake Vikings at a traditional folk festival on the Shetland Islands. Photo: Chris Furlong (Getty Images)

It was immediately clear to the archaeologists that there was a special person here: the grave was in a secluded place on a raised spot, and it had been decorated as richly as no other in this Viking city. An entire arsenal of weapons surrounded the corpse: sword, ax, two shields, bow and arrow, and most importantly, the descendants had killed two horses and buried them at the same time. As if this person in the Valhalla was about to throw himself into the fray again.

The case quickly became clear when the archaeologists uncovered grave Bj581 in southern Sweden in 1878: Here lay a great warrior, perhaps the highest military leader in Birka, a large trading settlement of the Viking Empire. Because a fine detail suggested that this last honor was not just for a great warrior, but for a boss: The dead man had also been given a strategy game, complete with board and stones. 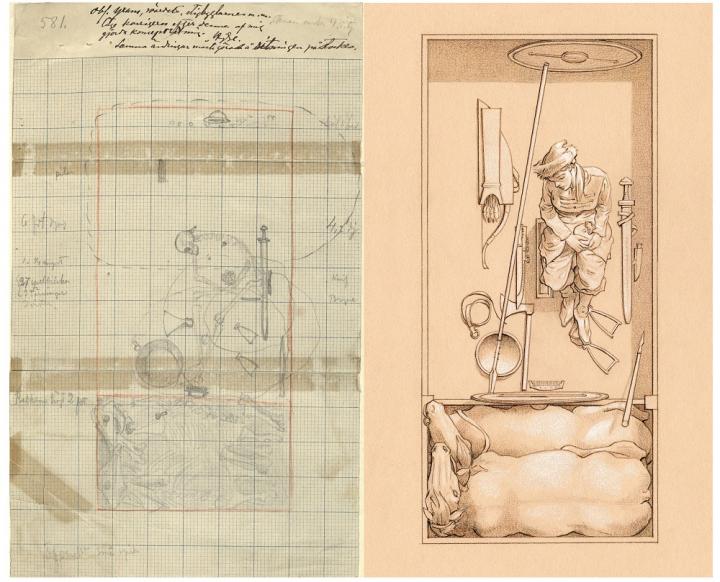 Sketches of the tomb by archaeologists around 1880, new illustration (Þórhallur Þráinsson | © Neil Price)

Since its excavation, this figure has served as a powerful model of how to imagine an armed Viking. But now Swedish archaeologists and anthropologists took another close look at the skeleton of Birka - and thanks to modern DNA technology they came to a clear conclusion: There is a missing Y chromosome. The great warrior was a great warrior, of course. She was a good 30 years old, was 167 centimeters tall and probably died around the year 950 AD.

This insight throws a lot of things overboard. We can say goodbye to images that have become dear to us - the Vikings as brutal macho gang, everyone with a beard, everyone with horns on their helmets.

Certainly, historians have long since recognized that Scandinavia around the year 1000 was not just home to brutal hot spots, but finely organized farming and trading communities. The gruesome image of the Normans as a horde of destroyers, robbers and rapists comes from the annals of the Franconian or Anglo-Saxon monks whose monasteries were plundered. So the chroniclers had a rather one-sided view: barbarians. Women with swords or even women in leadership positions hardly fit into this representation - they basically did not fit into the framework of Christian monks' thinking. 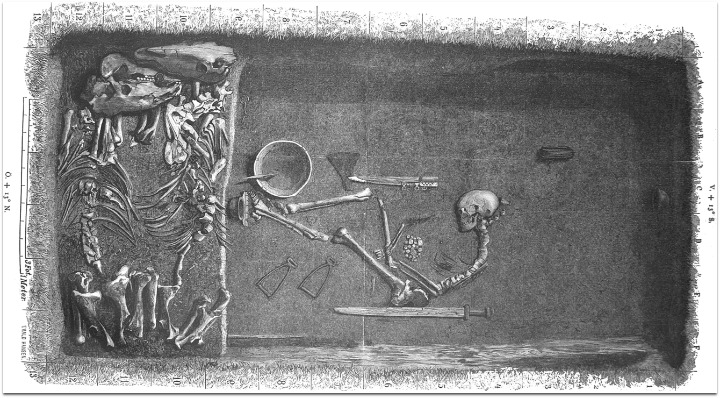 Grave Bj581: Illustration from 1889 based on the plans of the archaeologist Hjalmar Stolpe (Image: Uni Stockholm / American Journal of Physical Anthropology)

On the other hand they had tough Women certainly have a place in the Norman imagination. We owe their mythology to the Valkyries, a kind of angel of death around the god of thunder Odin. Your stories also tell of very specific female soldiers. In the so-called Erikssaga, for example, a Freydis Eriksdottir appears who sailed along on several expeditions to North America ("Vinland"), where she took the lead in a battle against the Indians. And then the archaeologists in Scandinavia had found women's skeletons several thousand years old, with weapons placed in the grave.

The inability to see a woman

Only: what did that mean? Even enlightened research preferred to suspect that this military equipment meant something symbolic or that a few heirlooms lay here, quasi the property of the fallen husband; but not the working tools of the dead themselves.

But this makes the new discovery of Bj185 completely interesting: The dead von Birka rises to a wonderful symbolic figure for the visual disturbances with which people look back into their past. As the Swedish research team around the archaeologist Charlotte Hedenstierna-Jonson reports, a bone analysis already indicated in the 1970s that the skeleton could have belonged to a woman; but because no one wanted to believe this, the matter petered out.

Even then, in the late 20th century, you weren't able to see a warrior - so you didn't see her. Even if she lay there open and dead still.