Anyone who gets nervous at the sight of a lotus blossom or a honeycomb may suffer from trypophobia. What is behind the strange phenomenon. Nervous? The holes in lotus inflorescences make many people uncomfortable.

So far, trypophobia has mainly been an internet phenomenon. Thanks to global exchange via social networks, blogs and forums, the number of those who recognize symptoms of fear of holes in themselves is growing rapidly. But what exactly is trypophobia? And where does the great fear of the little holes come from?

Trypophobia is the term used to describe the fear of an accumulation of irregularly arranged holes, bumps, or dents. The name comes from the Greek: "trypa" means hole, "phobos" means fear. Trypophobia is not a recognized medical diagnosis. The anxiety disorder is mostly found on home blogs and internet forums, where thousands claim to be affected.

What are the symptoms?

Triggers for the reaction can include natural objects such as honeycombs, lotus flowers, pumice stones, and even enlarged pores in human skin. But man-made things like air chocolate, kitchen sponges or stacked pipes also make some people nervous. The signs of an existing trypophobia range from malaise to goose bumps, sweating, itching, palpitations, nausea, dizziness and shortness of breath to a full-blown panic attack.

What are the causes of trypophobia?

The causes of trypophobia are not fully understood. Researchers studying the phenomenon, however, have a clear suspicion. They suspect that the strong defensive reaction is an evolutionary mechanism. The brain associates the holes with danger. Holes in fruits or wounds are an indication of an infestation with maggots and parasites. Discomfort and disgust at seeing them are therefore quite natural and serve - at least from an evolutionary point of view - for self-protection.

What other explanations are there?

Other scientists see similarities with patterns in poisonous plants and animals. The light-dark contrasts that the eye perceives when looking at holes can also be found on the skin of poisonous toads, octopuses and king cobras, for example. Another approach approaches via mathematics. The geometric pattern created by the irregular arrangement of the holes overstrains the brain. It needs significantly more oxygen, causing malaise.

Fear of holes is very natural

Frischepost delivers fresh groceries from small farms and factories in the Berlin-Brandenburg region directly to your home or workplace. more 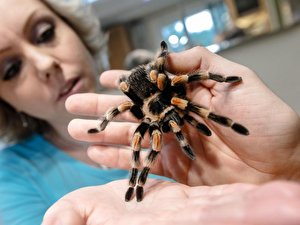 Arachnophobia, herpetophobia, ailurophobia: these technical terms hide sheer panic - from spiders, snakes or cats. But with the right method, most animal phobias can be brought under control. more 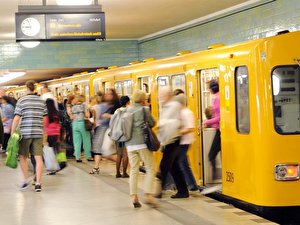 Agoraphobia: claustrophobia and fear of space

Anxiety attacks in overcrowded rooms or in wide open spaces - whoever suffers from them will at some point no longer dare to leave the house. Which therapy experts recommend. more

Wellness and relaxation for all the senses

Whether a visit to a thermal bath or a restaurant, a wellness treatment or an overnight stay in a hotel - with the Spreewald Therme voucher you decide on your individual wellness package. Order online now! more

Appearance is an important feel-good factor: addresses for everything to do with beauty in Berlin, from hairdressers to waxing studios. more

The most important food and nutrition fairs in Berlin with dates, descriptions and directions. more