Have your parents ever completely denied you?

Your separated child - needs you!

It's me: the separated child.

A fact in my life that I had already considered ticked off several times. “Now I'm done with it. Now it doesn't matter to me anymore. " And then it catches up with me again. - This is sure to be one of my most personal texts.

I'm turning 40 now. My parents separated over 30 years ago. Many moments from this first time are burned into my memory, while many other things seem to have disappeared, and have influenced my shy, quiet childhood. When I had to work on a scientific text on the subject of children of divorce in a written exam in high school, I could hardly do that because I always asked myself: "Am I like that too?"

In my head, when I was of legal age and my mother finally wanted to tell me little by little what made her leave her marriage, I was able to understand everything well and I found every step right, courageous, important. It's not - the separation itself doesn't work in me.

But the bond dreamer in me screams! And he wants to report to you, remind you, ask for something. My wish is: No matter what happens to you, what happens between you partners, how ugly and violently the love may end ...try not to lose touch with your children!

Your story, your career should not be an excuse for not succeeding. Get help if you can't. Do not let the children be the ones who suffer. 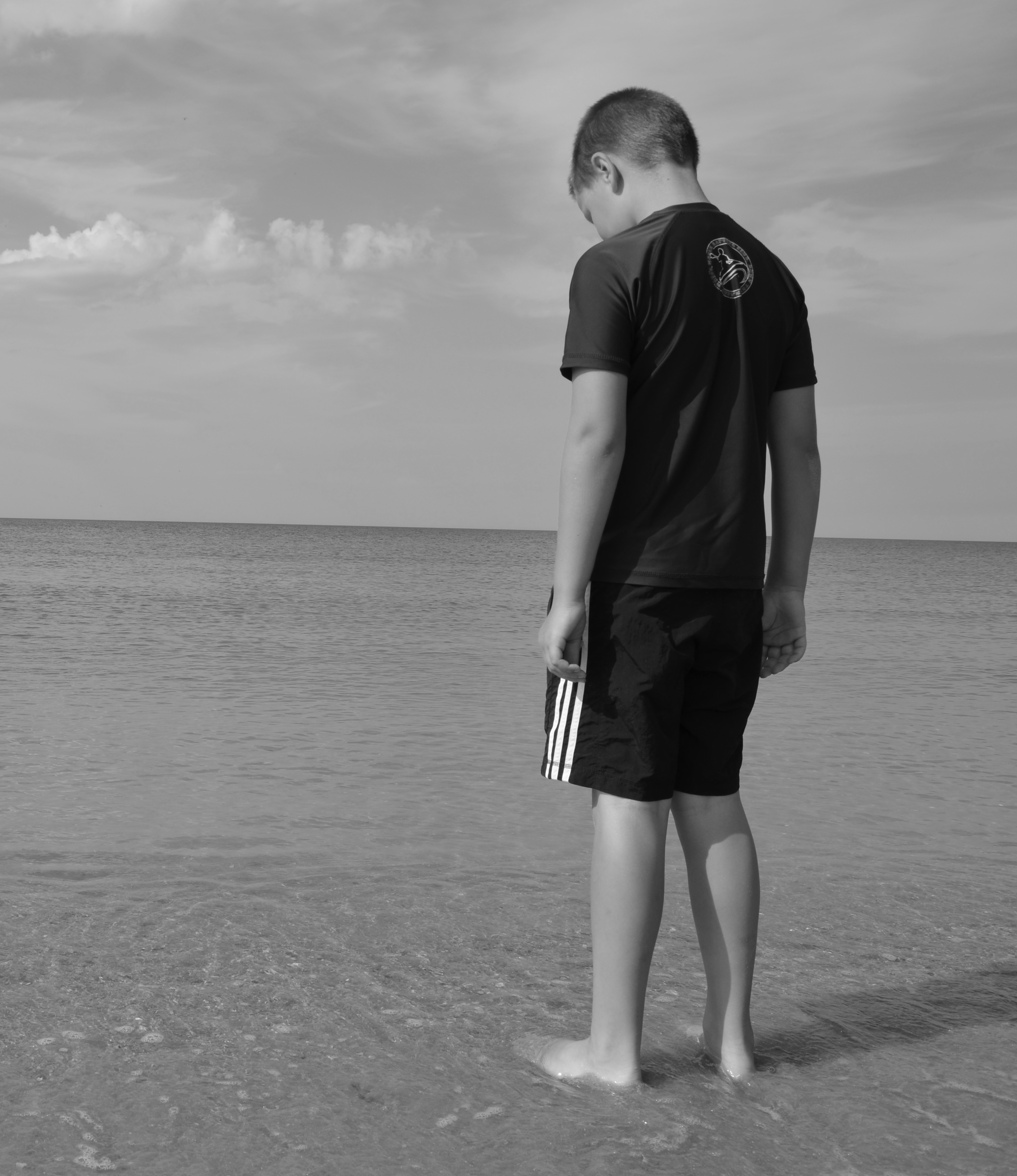 What happened to me

I found it appalling when, after my parents had decided to separate from my father, I was asked if I still love him. As a 10 year old child.

It pained me terribly that for years not a single letter, which I had written with a lot of love, decorated with stickers and pens, was ever answered and, when asked, the explanation came: "I just don't like to write." It would have been so important to me as a child, for me as a teen who took the time and tried to open up, to keep in touch. Over many, many kilometers.

It was so sad that dad never asked a question about my life, my friends, my hobbies, because I could have mentioned mom somewhere when answering. Instead, there was silence, almost always. I got older, but always remained the child for him. He didn't know me, didn't know anything about me anymore; and i was silent.

This eternal silence in the bare “nursery” when I was there. In the living room - me in the armchair, he on the sofa. In his car, we side by side. But always silence. Although I had driven more than 600 km, almost on all holidays. Agony of being alien and always becoming alien. Only on the return journey alone on the train did everything burst out of me; Tears, sobs, helplessness. Only breathe a sigh of relief south of the Elbe, almost two hours after departure. Always the same misery.

It was frustrating that all these years of birthdays were always punctual, sometimes belated, that he didn't come to my high school graduation, not to the prom, that he asked me after six semesters what I was actually studying.

Yes, there were explanations from others - and laid out in my head; and yet he was the adult who should have looked after himself and me, should have sought help so that it could have succeeded with the parent-child bond! It is in the hands and responsibility of the parents that the relationship has ground.

Now I'm done with it!

When he finally didn't want to come to my wedding because my mother was there too - almost 20 years after the breakup - there was a point when a switch inside me could flip. For the first time there was the thought "Now it doesn't matter to me anymore!"But of course it wasn't quite right.

But I had the impression that I finally had the upper hand. Cognition over emotion. Feelings off, head on! Then it's not possible. Only the bare essentials! I stay nice, but I no longer bend over, don't invest any more feeling - otherwise I'll break!

Births of my children, baptisms, birthdays, school enrollment, photos - no more effort on my part. A letter when it suited me, but no more invitations. Sometimes something came from him: a card, a set of salt and pepper shakers (!) For the birth of one of the children, or a sudden appearance on the football field and, as a result, astonished children: "Who is the man with the Haribo?"

Sick and helpless in the clinic here on site, I did a little what a child can do, but I couldn't do much.

Over the years and the few 2-minute phone calls in which he missed the questions about me and my life, everything healed. The connection disappeared. Everything I had always tried had never fallen on fertile ground out of sheer anger with his ex-partner.

I have forgiven - many ask that. I'm not mad. Forgiveness is so important. It makes you serene and healthy and free. But I am sad. And wish other children different.

No more connection - the worst that can happen

Because now I am sitting here with the call in my ear that one is always afraid of, and crying. Not with grief over a farewell that will probably be imminent in the near future.

But from despair, because it was not in my hand that I no longer feel a connection here and today.

Please: if there is no way around a separation, try not to lose the connection to your children.

Separation may often be right for the big ones; any other way is often no longer feasible. But it has nothing to do with the children! Even if out of spite, out of insecurity, out of some need - unlike me - they should break off contact for a while, avoid it or even make it more difficult, you remain the adults and those who can help, the relationship to repair, to invest time and love, to recognize needs - and everything else that is needed. Forget pride, hurt, everything that has to do with your ex-partner.

The children cannot help your pain! They need you.

Because of this blog article, our blog author and member of the association's board member Inke was invited by the TV station SWR to the talk show Nachtcafé to report on her experiences as a separated child! Unfortunately, the broadcast was only available in the media library until 02/02/2019, but can still be watched on YouTube.