What does it mean to lick your lips 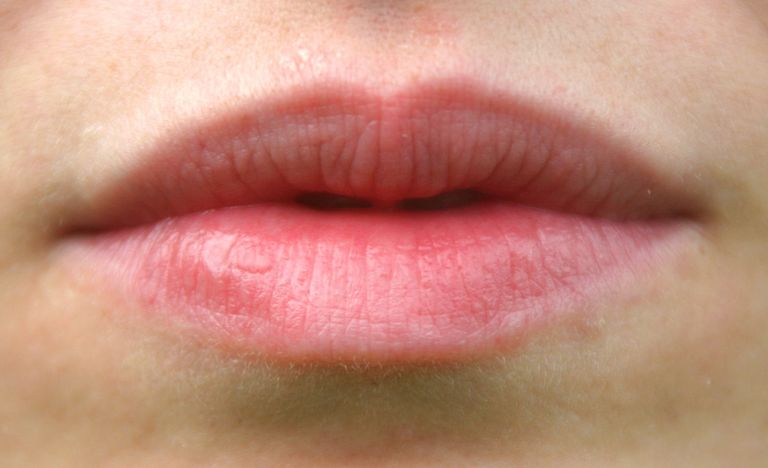 The mouth from the point of view of non-verbal communication

Today I want to talk about the red, juicy part of our face - the lips. Together with the eyes, they form the main features of our face, which means that they participate in many different forms of expression and attract a lot of attention.

Since we have already published many blogs on the subject of faces, smiles and facial expressions, it is of course also important to dedicate a few lines to the lips and mouth

So what do we need lips for?

First, let's acknowledge the fact that the lips are actually a part of your skin. Only in our case is it a very special part. It's thin, agile, and delicate - with an enormous amount of nerve endings tucked away, perfect for uses other than just covering your teeth. 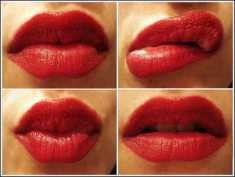 When we look at other animals we find other types of lips that are very different from ours - birds and turtles have beaks, and in many other animals the lips are just a layer of skin over their mouths.

Mammals are most similar to ours, especially primates, and have specific muscles that control the lips. But even then, they're not as prominent or distinctive as ours.

In contrast to other animals our lips seem to have more "attractive" features. They're red, juicy, and pretty much everything about them screams, “Look at me! Try me!". This is a great indication of the difference in their usefulness between us and other animals. They don't use their lips to communicate except when growling, threatening others by revealing their teeth, or, in some rare species, kissing each other.

We humans have a variety of uses for them. We use them to verbalize words and we may also use them to communicate non-verbally. Indeed, lips play a huge role in our sexual communication and are one of ours erogenous zones.Their shape, color, and size easily create attraction, and their sensitivity makes them perfect for kissing, for example.

Now that we've figured out their importance, let's look at some mouth expressions and see how they convey emotions:

This pretty much speaks for itself. The lips press together in a thin line. The jaw is often closed, which gives an overall tense, taut, and solid image.

On the contrary, slightly parted lips can be seen in more exciting occasions - in (partner) advertising. When a couple is about to kiss, or one wishes to kiss, one of the tell-tale signs is that they keep their lips slightly loose and glances fall on their partner's lips. It is a preparatory step for the actual kiss ...

There are many ways to press your lips to create different mouth expressions. The names we give such expressions are technical, but their meaning is obviously not.

Pursed lips - The lips form a round but taut shape. Imagine a grumpy old lady with one

stern look ahead. It's pretty intuitive to understand - it shows disagreement and / or suppressed anger, for example.

However, sometimes it showsindecision, it is the "what to do ...?" face, with 2 equally balanced decisions. You can see it as a way to block the words before they blurt out.

Such evaluation gestures are important markers when trying to convince someone. This is the time to make your best argument and make the right decision because when a decision is made and verbalized it is much harder to change.

Licking the lips is a very contextual expression as touching the lip at different times can be either calming or stimulating.

licking the abdomen in a slow and sensual motion. Obviously, it means bringing out the juiciness and color of the lips, and since it's an erogenous zone, it's very tempting too!

This type of licking is a daring step and immediately reveals a desire to "taste" whoever receives the message. As such, this type of flirtation is thought to be advanced steps of courtship when both parties know they are interested in each other.

Now,the second type of lip licking is caused by nervousness, so it is a self-reassuring signal. We want to touch or lick the lip to release internal tension by stimulating the nerves in our lips.

This type of licking would be quick and incomplete. We automatically understand that licking our lips or pulling on them would reveal our insecurities, so we try to contain them. But when the tension is high enough, we accidentally escape - literally by sticking our tongue out.

Like all voltage signals, it's often associated with a lie, but that's not always the case. It means that whatever the person is saying, they are not entirely sure or they are uncomfortable with their situation. To be more specific, you need to carefully observe whether the leak is mostly related to specific issues or details.

And finally, lip licking can have much simpler interpretations:

Biting has a very similar meaning to licking - nervousness and attraction signals, because it's just a different way of stimulating the lips.

Bite the upper lip –
not very pretty to look at. Our lower teeth are not the most representative part of our face.
It also creates some unique marks on your upper lip.

a "better" form of biting can be sexy if you know what you are doing.

Swallowing lips - both lips disappear between the 2 rows of teeth.

Meanings from a body language perspective

Biting your lips can be seen as a slightly stronger form of licking them. It's a lot more obvious, and it's one of the hallmarks of insecure, shy people.

Lip swallowing can be seen as the extreme version of "lip tight" and is usually a powerful indicator of self-restraint - be it anger or withholding thoughts.

Biting your lip can be flirtatious and sexy because of the biteemphasizes the fullness of the lips. For women it is a kind of childlike display, a tactic often used in men to evoke protective emotions in them.

If you want it to look sexy - avoid "rabbit teeth" and bite your upper lip.

Stick out your tongue

It doesn't need to be explained, does it?

Okay, now that we're done, let me summarize what we learned from lip body language: