What is your horror story as a financial advisor

McDonald's: Do you know the sad story of the two inventors? 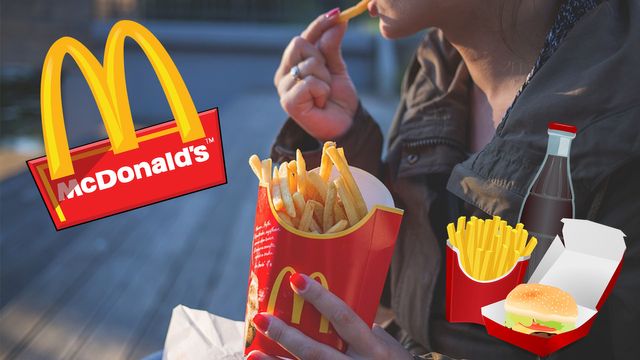 In the 1950s, the McDonald brothers opened the first restaurant in what is now the ubiquitous fast food chain. McDonald's owes its rise to empire to someone else: Ray Kroc, who saw a great opportunity behind the former restaurant.

McDonald's is now one of the most successful fast food chains in the world. Around 68 million people eat in the more than 36,000 branches around the world every day. The two founders of the chain had probably not expected this gigantic success at the time.

On May 15, 1940, the brothers Richard and Maurice opened the first McDonald's branch with the name "Dick & Mac McDonald - McDonald's Bar-B-Q" in San Bernardino, USA. However, the initial rush soon subsides and the brothers close the restaurant for three months. During this time they are working on a new concept for the branch: Instead of serving, plates and cutlery, Dick and Mac are now using self-service and food in bags instead of dishes. The brothers' innovative "Speedee System" is primarily responsible for their success. They optimized the work processes and the arrangement of the kitchen appliances and stations until the burger could be finished in record time. In the branch with the name "McDonald's Famous Hamburgers", which was reopened in 1948, the burgers could now be offered for 15 cents instead of 30 cents previously.

McDonald's potential does not go undiscovered for long

In 1954, Ray Kroc found out about the extraordinary restaurant. At the time he was working unsuccessfully as a milkshake mixer representative. When he heard that the brothers in San Bernardino had ordered six of the otherwise unpopular devices, he was puzzled. After a short phone call, he drives across the country to get an idea of ​​the restaurant for himself.

Over dinner, Richard and Maurice tell him the story behind McDonalds. Ray quickly senses the potential and then wants to get into the business as a franchise partner. In order not to lose control of their business, the contract is bound by strict rules and gives the brothers a wide say. Nevertheless, both sign the contract and Ray Kroc builds and sells the first branches to franchise partners.

When Dick and Mac reject all of Ray's suggestions for changes and the hoped-for big money fails to materialize, Ray becomes increasingly frustrated.

Apparently at the right moment, Harry Sonneborn enters Ray's life. The financial advisor recommends that he buy the land for the branches himself and then lease it to the franchisees. Ray quickly rises to become a successful businessman and can put more and more pressure on the McDonald brothers.

Eventually the two agree to sell the rights to the entire concept as well as the name "McDonald" to Ray. At that time, you got $ 2.7 million for this, after tax deduction that left a million dollars for each brother.

Her own branch in San Bernardino was then no longer allowed to have "McDonald's" in its name and was then renamed "Big M". A McDonalds branch opened shortly afterwards by Ray in San Bernardino forced the brothers to give up their business.

Not regulated in the contract, but sealed with a handshake, they should also receive shares in the company. However, because they could not prove it later, they never received it. Today the stake would be $ 100 million a year.

"The Founder" - Watch the real story of McDonald's on stream

The exciting story of the McDonald brothers and Ray Kroc was filmed in 2016. "The Founder" tells the story of success and failure of today's burger empire in a humorous and dramatic way.

Amazon Prime customers can currently stream the film for free. Sky customers can also see the film on Sky Ticket or Sky Go. "The Founder" costs around 10 euros in the Sky Store, and those who rent the film only pay 3.99 euros.

You can also order the DVD from Amazon for 7.99 euros.

Find out which streaming provider is right for you:

More articles from this area

The most popular CHIP news