Where is the best country in Europe

Comparison of the quality of life worldwide 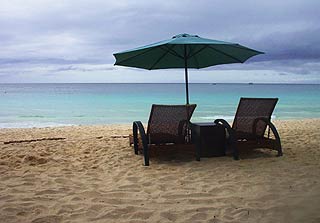 Emigration is very much in vogue, but not only the documentary soaps on television show that life abroad does not always have to be pleasant. In this comparison, the quality of daily life in 140 countries was compared. The index is made up of 7 areas that play a role for a long-term existence in the respective country.

The table is led by Australia. The Central African Republic brings up the rear with what is probably the toughest living conditions.

Due to its good legal system, above-average health care and its security situation, Germany is still quite high in the table in 11th place. However, the climate and costs are less attractive.

Quality of life in a country comparison

A total of 36 factors were included in the calculation of the overall index, which were subdivided into 7 subject areas. The best achievable value in each category is 100. You can read below the table which individual criteria are hidden in the areas.

This table applies primarily to residents who also receive their income and pay taxes in the respective country. If you would like to disregard these factors (e.g. for pensioners abroad), there is a different version here:

› Table for expats with no local income and taxes


You can read here which data can be found in the individual subject areas:

In this area there are mainly indicators for medium to long-term stability. In its "Worldwide Governance Indicators" project, the World Bank determines a whole series of criteria for political consistency. The evaluations of political stability and government effectiveness in this area were incorporated from this. Political stability also has the highest priority in this area.
On the economic side, an inflation rate of 0% was seen as the optimum. So the greater the deviation, the less attractive the prospect. Government debt and budget deficits (in relation to gross domestic product), which with higher values ​​also harbor higher long-term risks, were also viewed as risk factors. A balanced budget or even a surplus, on the other hand, were seen as positive signals. The country's unemployment rate was also included, as this indirectly also leads to higher social spending and long-term unemployment at the same time represents a risk assessment for old-age pensions. As a rather subordinate aspect, the ratio of the amount of money available to currency reserves was also included as a security criterion.

Political stability does not only bring positive effects if these are based on dictatorial principles and the people have no influence whatsoever. The laws that have been passed not only have to sound good, they also have to be implemented and adhered to by the government. This subject area therefore primarily includes compliance with the "Rule Of Law" and the regulatory quality of a government. In addition, other factors include democratic opportunities for the population to have a say and (with a lower rating) measures to combat corruption. In order to assess not only the measures against corruption, but also their perception in the population, the corruption index based on Transparency.org was also included.

The most heavily weighted factor in the health sector is average life expectancy, which also reflects other factors such as a regular and healthy diet. In addition, the drinking water supply as well as the number of doctors and hospital beds in relation to the number of inhabitants were taken into account in this area.

Even the most beautiful country cannot satisfy anyone when their own life is in danger. The most important role in this area is played by a country's homicide rate. In addition, information on displaced persons, violent crimes, wars and the presence of peacekeepers was included.

For most emigrants, a pleasant climate is certainly the most obvious reason to leave home. The assessment of the climate is based on various studies, which assume a maximum daily temperature of 25 ° C and 55% humidity as the optimal environment. So the average temperature is a little lower. In terms of climate, this does not quite correspond to the dream of a Caribbean island, but from a medical point of view, Central Europeans feel particularly comfortable here. Neither should there be more or less than 8 rainy days per month. The deviations from this theoretical optimal climate were calculated and added for each calendar month. A higher number of daily hours of sunshine also makes the climate more pleasant.

Even the best conditions are of no use if you can't afford them. By far the most important factor in this area is the national cost of living, as these play the most important role for a life in the respective country. In relation to the costs, the average annual income was also included. Since this is often inversely proportional to the cost of living, these two individual factors are put into perspective in some countries. Therefore, the annual income was weakened by a lower weighting. On the other hand, the taxes to be paid are also important on the expenditure side. The maximum corporate and income tax rates were therefore also taken into account. In the table of non-expats, the World Bank's "Ease of Doing Business Index" has also been included with a lower weighting.

In contrast to the hard numbers in the other areas, more subjective assessments should also play a role, as long as they are available in a sufficiently large amount. The general migration rate and the number of foreign tourists were therefore evaluated as indicators of the popularity of a country. The refugee situation in the respective country was also compared with a lower rating. A higher number of foreign refugees results in a higher popularity, while a high number of refugees reduces the popularity.

Update of the table

The above table is continuously updated and is always based on the latest available data. The database does not have to come from the same year for all countries (it is usually the last complete calendar year, currently 2020). If individual values ​​are not yet available for a country, the most recent information from previous years is used. A total of 36 factors were used to calculate quality of life. However, not all information has to be available for all countries. In order to avoid inaccuracies, no countries are listed for which fewer than 23 individual factors are available.

Data from the following organizations were used to create the indicators for quality of life: The World Bank Group, CIA Factbook, OECD, UNESCO Institute for Statistics, Transparency.org, UNHCR, German Weather Service and our own research.

Note on the October 2020 update:
In October 2020, several individual factors were added and some of the existing ones were re-weighted. The area of ​​security has changed almost completely. The current table is therefore only partially comparable with the previous version.
Country QuizCountry CodesCSV DownloadsWhat is a Country?

All information without guarantee © Laenderdaten.info
<?